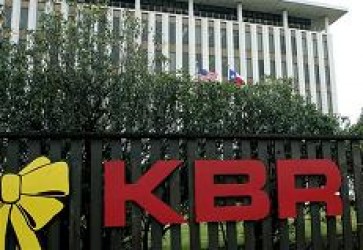 Also see: “KBR must be accountable for Iraq deaths-US senators”

WASHINGTON — At least 48 Oregon guardsmen may have been poisoned by an airborne carcinogen while working in southern Iraq, and hundreds more may have been exposed when those troops returned to camp with the chemical on their boots, according to a report in The Oregonian on Friday.

The news comes just weeks after a CBS News report that KBR officials waited up to four months before warning the Army that troops were exposed to an airborne carcinogen.

Depositions from KBR employees obtained by the TV network detailed concerns about hexavalent chromium at a southern Iraq water plant as early as May 2003. The chemical, used there to prevent rust in water pipes, was left in open containers and circulated by the wind throughout the plant, according to The Oregonian.

Army officials did not know about the problem until August 2003, and responded by pulling Indiana guardsmen from their posts at the site. Last month, 16 Indiana guardsmen sued KBR, claiming it downplayed the danger of the site contamination.

At least one Indiana guardsman has died from lung cancer that may be related to the chemical exposure and several others now have tumors and rashes consistent with chromium poisoning, the network reported.

The Oregonian report said at least 233 state guardsmen stationed in the area at the time may have also suffered some level of exposure.

The Guard intends to contact all 420 members of the battalion — 1st Battalion, 162nd Infantry Regiment — to inform them of the potential risk.

• When KBR whistleblower Frank Cassaday reported weapons looting, he was placed in a jail tent by KBR security.

• Kellogg Brown & Root contractors used to destroy countless quantities of still-usable equipment that was difficult to transport in “massive burn pits” that were “burning 24 hours a day.”

• KBR’s ice foreman “was cheating the troops out of ice at the same time that he was trading the ice for DVDs, CDs, food and other items at the Iraqi shops across the street.”

Appearing before a Democrats-only panel looking into allegations of contracting abuses in Iraq, the witnesses accused their former co-workers of widespread improper activity.

KBR spokeswoman Heather Browne said the company would not comment at length because the claims are part of ongoing lawsuits.

“The witnesses who testified today raised claims that KBR has previously addressed. The government has reviewed the claims and refused to join lawsuits asserting them,” Browne said.

Linda Warren, a 50-year-old Abilene woman who worked as a laundry foreman and recreation director for the Houston-based contracting giant in Iraq, told the Senate Democratic Policy Committee Monday that some of her American colleagues doing construction work in Iraqi palaces and municipal buildings took woodcarvings, tapestries and crystal “and even melted down gold to make spurs for cowboy boots.”

Her allegations could not be independently verified.

Warren leveled her allegations in early 2004 after being reprimanded by a supervisor for giving water to Iraqi workers laboring in a sweltering laundry building when their own water supply was undrinkable.

Warren said the supervisor reminded her she had signed a confidentiality agreement and then threatened her by suggesting an American woman “wouldn’t last very long on the streets of Baghdad.”

That evening, with company managers present, she called KBR’s ethics hot line in Houston to report her allegations. She eventually was escorted out of Baghdad by company security after KBR officials intercepted a threatening e-mail, Warren said.

When he confronted the foreman, Cassaday said, “he told me to mind my own business.”

Cassaday then told the camp manager. A military investigation confirmed his allegations, Cassaday said, but he did not elaborate on how the matter was resolved.

A third worker, Barry Halley, a former security manager for CAPE Environmental Management, alleged that after raising complaints with CAPE management, he was held in a room for several days by private security guards.

Les Flynn, Atlanta-based CAPE’s chief operating officer, said that while some of Halley’s allegations Monday were new, the company’s insurance company had investigated his allegations.

“It appears they were found to be untrue,” Flynn said.

The witnesses appeared at the Democratic Policy Committee’s 13th hearing on contracting activities in Iraq. While Congress has had some bipartisan hearings regarding KBR, many of the allegations have come from this series of Democrats-only sessions.

Two weeks ago, the U.S. Army Sustainment Command reaffirmed its selection of KBR to participate in the 10-year logistical support contract valued at up to $150 billion.