Also see: “Friedman Against Prop 23: ‘This Is A Fight Worth Having’” 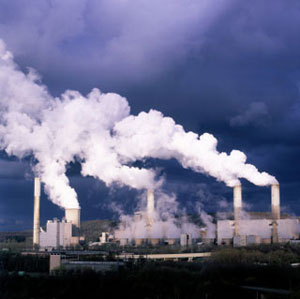 Valero and Tesoro, the two Texas oil companies bankrolling Proposition 23, have accumulated hundreds of violations of state and local health and air pollution laws in the Bay Area, according to records released by the No on 23 Campaign today.

The internal reports from California state environmental regulatory bodies reveal serious leaks of toxic substances and prolific violations of health and environmental safety rules by the two companies. In addition to spewing hazardous pollutants into the air and water of California, the records show Tesoro and Valero routinely fail to monitor their refineries, conduct the proper tests, and fail to report defective equipment and other problems.

For example, one 2007 leak at a Tesoro refinery in the Bay Area included a spike in hazardous sulfur dioxide emissions so massive, state regulators said it was literally “off-scale” and could not be measured by the company’s instruments.

Valero, meanwhile, has chronic problems complying with water regulations at its refinery in Wilmington. In addition, the state of Delaware has fined Valero Energy $1.95 million for almost 200 pollution violations over 10 years at the Delaware City Refinery.

These kinds of lapses are familiar. They also have consequences, as was the case when an April explosion at a Tesoro refinery in Anacortes, Washington killed seven workers. On Monday, Washington State imposed a record $2.39 million fine on Tesoro for 44 “willful” or “serious” violations, such as failing to test and maintain its equipment. In the years before the blast, Tesoro negotiated steep cuts in fines levied by Washington State for health and safety violations, much as both Tesoro and Valero have done in California.

The four primary chemicals which Valero and Tesoro have repeatedly been caught illegally releasing into the California atmosphere are hydrogen sulfide, carbon monoxide, sulfur dioxide, and nitrogen oxide. All are hazardous to human health.

• Hydrogen Sulfide, or H2S, is a highly poisonous gas that smells like rotten eggs. At low levels it causes eye and skin irritation. At higher levels it damages the central nervous system and penetrates the brain. H2S was used as a chemical warfare agent in World War I.

• Nitrogen Oxides, or Nox, are a primary contributor to smog. They are also a major lung irritant.

• Sulfur Dioxide, or Sox, is a colorless gas with a rank odor that damages the air passages and the lungs. Children exposed to sulfur dioxide pollution often develop respiratory illness.

• Carbon Monoxide, or CO, is a primary contributor to smog. It causes headaches, nausea and vomiting.

The refineries that the two companies run in southern California and the Bay Area also illegally pump out large quantities of particulate matter, otherwise known as soot. Particulate matter is a serious lung irritant and also reduces visibility.

The violation notices, internal regulatory reports, settlement agreements and related correspondence were obtained through a series of California Public Records Act requests to state air quality management districts made by the No on 23 Campaign. Additional information regarding the violations was obtained from government web sites and securities filings.

Previous Article
Report Confirmed: U.S. Intelligence has Penetrated the Ecuadorian Police
Next Article
Why is This GOP House Candidate Dressed as a Nazi?

Why is This GOP House Candidate Dressed as a Nazi?
Oct 10