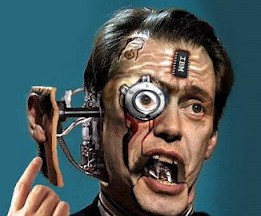 Laz Razones de Cuba aired another documentary outing a covert operative. In this episode, "Manufacturing Leaders," Cuban agent Raúl Capote writes a book criticizing Cuba during the special period. The CIA contacts him and makes him a U.S. agent, with the goal of turning Capote into a dissident leader, the film says. The documentary alleges that former Reuters correspondent Anthony Boadie served as a pointman for Capote to make contact with the CIA.

U.S. intelligence officials operated in Cuba under the cover of aid programs, including U.S. Aid, according to the film.

Neither the Reuters office in Havana nor the U.S. Interests Section would comment on the story to the Associated Press. Boadie now works as an editor for Reuters in Washington.

AP reports that Cuba has denied press accreditation for a number of foreign journalists in recent months.