Rare, Typo-Filled Letter from Hitler Asking for Time Off to Run for President Hits Auction Block 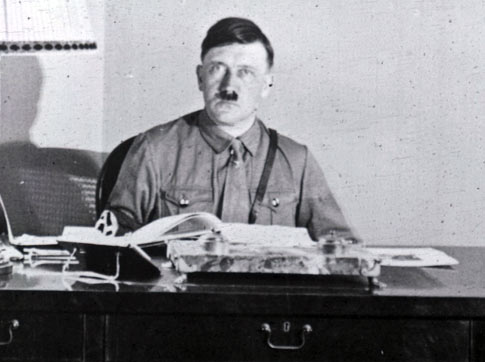 A rare, typo-riddled letter from Adolf Hitler asking for time off from his job so he could run for president is up for auction in England. Hitler wrote the letter March 1, 1932, just days after he became a German citizen.

“I hereby request leave of absence to the end of the time for the selection of the next President of the Reich, Yours Faithfully, Adolf Hitler,” the letter says.

At the time, the future Fuhrer was working as a junior administrator for the state of Brunswick. Though Hitler had renounced his Austrian citizenship in 1925, he did not become a German citizen then – and therefore was unable to run for office.

But the low-level government gig automatically made him a citizen, and four days later he formally requested some time off to begin plotting his campaign against aging incumbent Paul von Hindenburg.

Experts said it’s likely that Hitler typed the letter himself, bungling a few punctuation marks and misspelling the salutation.

“It is an incredibly rare and historic item and hugely important in the rise of Hitler and Nazism,” auctioneer Richard Westwood-Brookes said. The letter came from a private collector and will be up for sale at U.K. auction house Mullock’s. It’s expected to fetch more than $8,000.

Hitler lost the race against Hindenburg, but the race established him as a force in German politics. He was appointed chancellor the next year.