In the aftermath of the Korean Air Lines disaster that shocked the world on September 1, 1983, the editors of the Los Angeles Herald-Examiner had a series of nagging questions, prominent among them the following:

A carefully-constructed web of deceit was brought down by the massive volumes of files illegally assembled on law-abiding citizens by the L.A. Police Department’s Public Disorder Intelligence Division (PDID). The files were ordered destroyed in 1975, but it was later discovered that LAPD officers kept the data-bank information. Enraged by this disobedience, the Los Angeles Police Commission officially requested the files. But by then, Lieutenant Thomas Scheidecker had stolen at least 10,000 pages of documents, and PDID Detective Jay Paul had moved a huge batch of files to his garage in Long Beach. Attorney Ann Love, his wife, was paid $30,000 a year to feed a sophisticated $100,000 computer data that had been ordered destroyed. Broken Seals was a typical piece of Western Goals ultra-con propaganda, an alarming “report on the attempts to destroy the foreign and domestic intelligence capabilities of the United States.” The foreword was written by Daniel O. Graham, former director of the DIA, who went on to chair the High Frontiers Foundation in support of Reagan’s Strategic Defense Initiative. The information eventually wound up in the computer of the Western Goals Foundation And lo and behold, the man who paid Ann Love was Representative Larry McDonald, chairman of Western Goals. Also caught up in the web was John Rees, an editor at the Western Goals Foundation, and a longtime associate of Jerry Ducote by way of their common employers and similar methods of accumulating data. Both acted as agents provocateurs. “An agent provocateur is a police agent who is introduced into any political organization with instructions to foment discontent . . . or to take a case in order to give his employers the right to act against the organization in question,” according to Colonel Victor Kaledin of Imperial Russian Military Intelligence. Ducote was employed by key Reagan supporters and the John Birch Society. Rees collaborated with the Birch Society and a host of other right-wing groups, feeding them information to harass and embarrass those who opposed their point of view. Reagan’s man, Ducote, and Larry McDonald’s crony, John Rees, worked together at the San Francisco-based Western Research, also known as Research West. Ducote secluded himself behind unmarked doors, running a blacklisting service for industry. The results of his spying were added to a repository of information used by Governor Reagan to screen out potential state employees with leftist political tendencies contrary to his own beliefs. At the same time, photographs of rallies and demonstrations – along with copies of underground newspapers – were supplied to Western Research by agents of the Los Angeles Police Department. In turn, Western Research sold background information on employees and advised corporations about possible risks. Research West, an incarnation, maintained close ties with law enforcement and corporate data banks, employing spies to feed information to utility companies anxious to identify anti-nuclear activists. Clearly, blacklisting didn’t end with the death of Senator Joseph McCarthy. The witch hunt never ceased. Last January in Los Angeles, the American Civil Liberties Union filed a lawsuit on behalf of 131 law-abiding groups and individuals who were illegally spied upon. Among the defendants in this case were 54 police officers from the LAPD’s Public Disorder Intelligence Division. The law firm representing the defendants was Gibson, Dunn and Crutcher. Curiously enough, Attorney General William French Smith was a partner in that firm. And none other than President Ronald Reagan is a client of Gibson, Dunn and Crutcher in all personal legal matters. Time was running out for Larry McDonald after many years of stealing, bugging and compiling. He was about to be subpoenaed by a Los Angeles County grand jury. His testimony – particularly the parts relating to the feeding of illegal police intelligence files to his Long Beach computer – could embarrass and even damage a great number of powerful people. ••• Several weeks after the downing of Flight 007, Soviet President Yuri Andropov blamed the United States for a “sophisticated provocation, masterminded by U.S. special services, an example of extreme adventurism in politics.” How could the United States have written such a script? Larry McDonald was going to embarrass President Reagan if too many of the documents from California were exposed. They shared common spies and common enemies. So let’s assume that the CIA, FBI and all federal agencies that worked with McDonald – particularly the Pentagon – wanted him silenced immediately. At the same time, because McDonald was so violently anti-Communist, why not make the Soviets responsible for his murder? A New Right martyr could be created in the struggle against communism. Remember the Pueblo? The scenario might have continued in the following way: • There would be a celebration in South Korea early in September. McDonald had strong ties to Korean-born Reverend Sun Myung Moon, leader of the Unification Church (the Moonies) and the South Korean military. Arrange for McDonald to attend that celebration in South Korea. (Dorothy Hunt, CIA officer and wife of Watergate defendant E. Howard Hunt, was blown up in a commercial airliner over Chicago, and nobody seemed to care. Undoubtedly, her murder scared into silence the primary witnesses who could have embarrassed President Nixon at the time he was paying them to “plead guilty” before sinking his presidency. Incidentally, the espionage activities of both E. Howard Hunt and Congressman McDonald were entangled with the Los Angeles Police Department.) • Send spy planes over the USSR continuously. The Soviet Union does not appreciate such flights violating its territory. By putting McDonald on a commercial airliner and timing its incursion inside Soviet airspace with spy-plane operations at the same time, an attack by Soviet missiles would be assured. 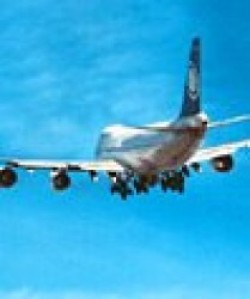 One of the many mysteries of Flight 007 is the total lack of communication between its pilots and U.S., Korean and Japanese listening posts. This is known as maintaining radio silence. Furthermore, 007 left Kennedy Airport in New York with a defective radio and navigational system. When the pilot on the first leg of the flight disembarked in Anchorage, he assumed the plane’s malfunctioning parts would be repaired. But this didn’t happen. It is common knowledge to all pilots flying over Soviet territory that aircraft going beyond a certain point inside Russian borders will be forced to land or shot down. If the CIA and the National Security Agency wanted Larry McDonald dead, thereby assuring an international incident, isolating the pilots from instructions or warnings would be essential. The way to accomplish this is either to tamper with radio transmissions or the pilots’ minds – or both. Chun Byung In, the pilot in command of 007, held the rank of colonel in the South Korean Air Force. He was considered reliable enough to have flown the Korean president to the U.S. in 1982 and fly overseas routes linking Southeast Asia to the Middle East, Paris to Los Angeles, and New York to Seoul. The co-pilot on 007 was Lieutenant Colonel Sohn Dong Hui. According to news reports, Chun boasted to close friends that he was carrying out special tasks for American intelligence, and he even showed them some of the plane’s spying equipment or surveying Soviet military installations. Spying was sometimes the covert mission of regularly-scheduled commercial flights that began in New York City and ended in Seoul. After the 007 disaster, it was reported that Koreans often flew over Soviet airspace to reduce fuel expenses. But spy cameras with the ability to photograph Soviet military bases are a more plausible reason for Korean jets losing their way so often. Reports indicate that Korean Air Lines concluded a secret agreement with the CIA in the early 1970s to carry out intelligence surveys of Soviet territory. These reports further suggest that when Flight 007 was shot down, the U.S. intelligence mission utilized a reconnaissance satellite programmed to pass overhead at the same time. This allowed the U.S. to record electronic traffic denoting the whereabouts of Soviet air-defense systems as they were activated to meet a presumed threat.

After triggering the radar warning of a threat to the USSR, the pilot of a U.S. RC-135 reconnaissance plane used maneuvers typical of American spy planes to frustrate Soviet air defenses. Eventually, he dove below the radar cover off the Kamchatka Peninsula to distract air-defense crews and allow Flight 007 to enter Soviet airspace undetected. Meanwhile, attempting to dodge Soviet fighter planes 226 miles inside the USSR, pilot Chun requested permission to elevate to 35,000 feet. Moments later, he shouted, “Rapid … a rapid decompression.” Flight 007 was hit by a missile. Chun’s last words –”one-zero, one-zero-delta”– left everyone confused, as did the plane’s final radio transmissions. Neither Matsumi Suzuki, head of Japan’s Sound Research Institute, nor the Japanese broadcast network NHK could explain what “delta” meant. Was that Chun’s “Rosebud”? Early reports following the tragedy, noting the apparent loss of contact with 007’s pilots, suggested that the plane had been hijacked. A second report said that the two pilots and the navigator may have been asleep – a dubious theory considering the crew’s unblemished record. A more likely possibility is that the crew had been the victim of hypnosis and mind control – receiving instructions in advance, before they left Anchorage, that could not be picked up and recorded later. If this seems farfetched, consider the experience of Candy Jones – a famous model and radio personality – who described in her biography how the CIA programmed her mind for spying and activities related to espionage. A single phone call from an unseen person would have been enough to implement previously implanted instructions to kill herself. These revelations came to light at the height of the Watergate scandal, along with evidence that she had previously done errands for the CIA. Only the intervention of her husband saved Candy Jones from certain death. The issue of 007’s defective navigational system came under close scrutiny following the disaster. Reports filed with NASA revealed that at least 25 times during the past five years, U.S. airline pilots relying on the same navigational equipment used by 007 had strayed off course – once as much as 250 miles. Cited among the cause were computer malfunctions and human errors. “It’s easy to become complacent [on long flights],” said Pan American World Airways pilot Thomas Foxworth. “It’s a human failing. The record is replete with numerous incidents of a guy just falling asleep.” What if the “human failing” cited by Foxworth was actually mind-controlled planning? Two of the 007 crew might have been asleep – or even dead. But the one who cried “delta” was obviously awake until the end. His response to what was going to happen, given his years of experience and expertise, was that of a programmed zombie instructed to fly continuously – disregarding any external sights or sounds on the flight equipment. As long ago as November 1974, the Subcommittee on Constitutional Rights – headed by then-Senator Sam Ervin of North Carolina – issued a 645-page report titled, Individual Rights and the Federal Role in Behavior Modification, which plotted the advanced state of CIA mind work and testing. Three years later, the Senate Select Committee on Intelligence and the Sub-committee on Health and Scientific Research published another report, Project Mkultra: The CIA’s Program in Behavior Modification. The upshot of these reports is that the Pentagon had the capability, if it so desired, to link mind control with satellite defense systems. And a logical use of mind control, of course, would be to program a pilot – perhaps even turning a normal flight into a kamikaze mission. 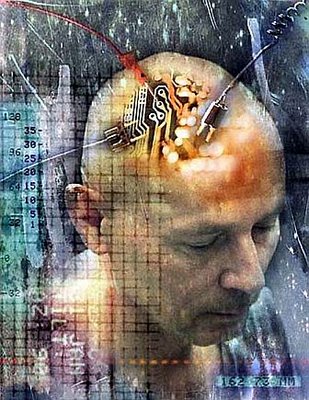 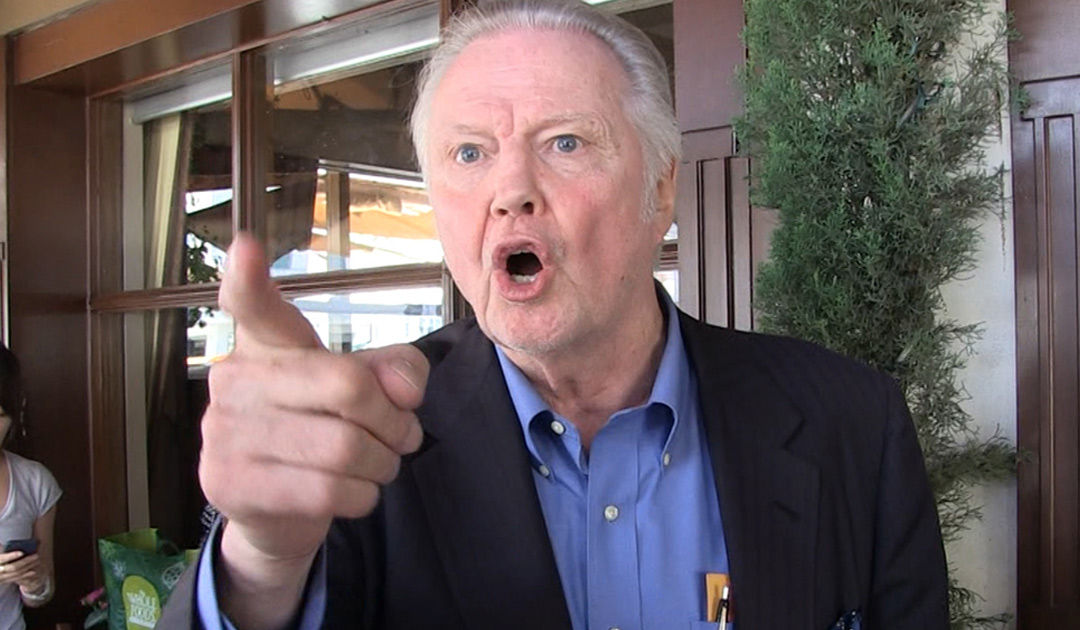