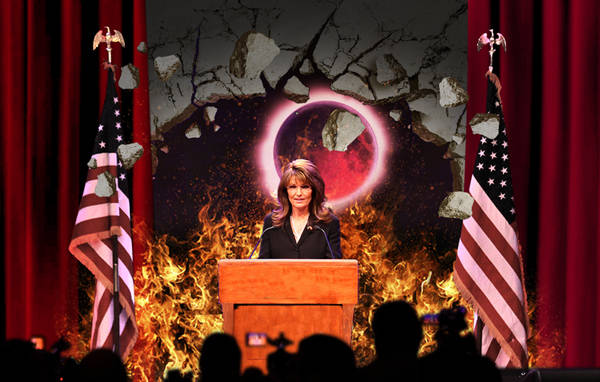 Tea party activists are divided roughly into two camps, according to a new POLITICO-TargetPoint poll: one that’s libertarian-minded and largely indifferent to hot-button values issues and another that’s culturally conservative and equally concerned about social and fiscal issues.

The survey, an exit poll conducted Thursday by Edison Research at the massive Tax Day protest on the National Mall, found that the attendees were largely hostile to President Barack Obama and the national Democratic Party — three-quarters believe the president “is pursuing a socialist agenda.” …

The results, however, suggest a distinct fault line that runs through the tea party activist base, characterized by two wings led by the politicians who ranked highest when respondents were asked who “best exemplifies the goals of the tea party movement” — former Alaska Gov. Sarah Palin and Rep. Ron Paul (R-Texas), a former GOP presidential candidate.

Palin, who topped the list with 15 percent, speaks for the 43 percent of those polled expressing the distinctly conservative view that government does too much, while also saying that it needs to promote traditional values.

Paul’s thinking is reflected by an almost identical 42 percent who said government does too much but should not try to promote any particular set of values — the hallmarks of libertarians. He came in second to Palin with 12 percent.

When asked to choose from a list of candidates for president in 2012, Palin and Paul also finished one-two — with Palin at 15 percent and Paul at 14 percent.

In general, those who turned out for the April 15 event tended to be less culturally conservative than national Republicans.

Asked to rate their level of anger about 22 issues on a scale of one (not angry at all) to five (extremely angry), the issue that drew the most anger: the growing national debt. The least: courts granting same-sex couples the right to marry. Twenty-four percent said they’re “not at all” upset about gay marriage. …

Paul performed best among those who don’t think government should promote any particular set of values, but Palin dominated among the family values set. Of Palin voters, 59 percent said they were either very or extremely angry about same-sex marriage. Among Paul voters, the number was 34 percent. Half of Palin’s tea party supporters attend weekly religious services; a quarter of Paul voters do. …