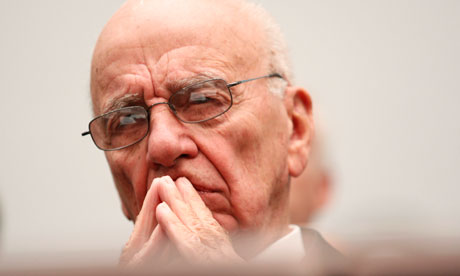 Many people in the UK will not have heard of Prince al-Waleed bin Talal. But perhaps they should have done. The prince has a lot of money invested in the UK and wields considerable, albeit discreet, influence. The 55-year-old nephew of Saudi Arabia’s King Abdullah is a multibillionaire who, through his investment company, Kingdom Holdings, has taken large chunks of companies as diverse as the Savoy Hotel Group and London’s Canary Wharf.

Bin Talal’s power stems from his unique position. He is one of the few people who can tap the giant Saudi sovereign funds for money, so his every word is analysed forensically by the markets. Last week, though, it is likely that the prince, described by Time magazine as “the Arabian Warren Buffett”, was devoting more than a passing interest to his almost 7% share in Rupert Murdoch‘s News Corp, quietly accumulated over several years.

The prince cannot have liked what he saw. What had started out as a very British row over phone hacking by reporters working on Murdoch’s News of the World had become infectious and was in danger of going global.

As scores of new victims emerged to allege they had been hacked by the newspaper, MPs voiced fresh concerns at the police handling of the affair and the role played by senior executives at News International, News Corp’s UK subsidiary and the ultimate parent company of the News of the World, the Sun, the Times and the Sunday Times. …

Andy Coulson, the News of the World’s former editor, resigned this month as the prime minister’s director of communications, saying that persistent allegations of mobile-phone hacking occurring on his watch made it impossible for him to do his job. His resignation was interpreted in some quarters as an attempt to take the heat off Murdoch at a crucial time in News Corp’s bid for BSkyB.

Further revelations that Cameron and James Murdoch, the Europe and Asia chief of News Corp, had been dinner guests at the Cotswolds home of News International chief executive Rebekah Brooks over Christmas provided ammunition to those who claim No 10 is too close to the media empire.

That relationship looked set to become more apparent last week when Murdoch flew into the UK to hold urgent meetings with senior executives at News International.

There were rumours that Cameron and Murdoch were due to hold a brief, informal meeting later in the week in the Swiss ski resort of Davos, home to the World Economic Forum, but that this was called off when the News Corp boss decided to stay in London to deal with the phone-hacking scandal.

“He will be thinking all of this should have been sorted out long ago,” said someone familiar with the thinking of the News Corp board. “He’ll want to know why Rebekah has not closed this down.”

Why News Corp is so eager to bag BSkyB was plain to see last week, when the broadcaster reported pre-tax profits of £467m, up a stunning 26% on the previous year.

But for Murdoch, BSkyB’s profits came with a sting attached. As analysts at City brokers Charles Stanley Research note: “Our best guess is that clearance [for the News Corp takeover of BSkyB] will be granted, although perhaps only after a lengthy further investigation by the Competition Commission and/or the implementation of certain ‘remedies’.

“We would expect a formal offer to subsequently be forthcoming from News Corp, although the continued strong financial performance of the business means the board of BSkyB may feel obliged to demand a price well in excess of its previously stated minimum acceptable level of 800p.”

This demand is inevitable unless Crispin Odey, the powerful hedge fund manager who owns 3% of BSkyB and is often referred to as the “David Beckham of the City” because of his winning investments strategies, has dramatically changed his mind. Odey, whose views will be listened to closely by members of the BSkyB board, told analysts last June that “even at 800p [the price BSkyB has been demanding] this company is undervalued. We should hold out against this bid. This is a company I want to own.” …

Just to add piquancy to Odey’s comments, it should be remembered that he was once married to Murdoch’s daughter, Prudence.

As Murdoch waits in regulatory purgatory and hedge fund managers push BSkyB’s share price north – a move that could see News Corp having to stump up as much as £1bn more than it expected – the media giant’s investors are said to be growing restless.

A full News Corporation board meeting is believed to have been scheduled for Wednesday. The phone-hacking scandal and the BSkyB deal are expected to be high on the agenda. Bin Talal, who simply “does not lose money” according to someone who knows him well, is likely to pay very close attention to what is discussed.

Worryingly for Murdoch, who is used to his investors taking a back seat, the prince is a far from passive backer. As a sizable investor in bombed-out banking giant Citigroup, bin Talal has been vocal in calling for its management to improve the firm’s fortunes, warning its chief executive last year that the “honeymoon was over”.

Murdoch may soon find himself receiving similar encouragement if the BSkyB bid falters. It is an unpalatable prospect for an autocrat.