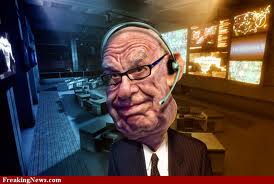 Detectives are examining an estimated 600 fresh allegations of phone-hacking incidents at Rupert Murdoch's now closed News of the World on the back of fresh evidence obtained by the Metropolitan police from a suspect turned supergrass.

Further details are expected to emerge on Monday morning at the high court during a hearing relating to the existing litigation by hacking victims against Murdoch's News International (NI) – hours before MPs are due to vote on joint Labour and Liberal Democrat amendments that would introduce a backstop law to stiffen regulation of the press.

Sources say Scotland Yard detectives believe they can identify as many as 600 new incidents after obtaining the phone records of an insider who is now being lined up as a crown witness. As a result of the new information, the force's Operation Weeting is revisitng the timetable for concluding its investigation, which had been due to be completed with the conclusion of trials this year. Police now expect their work to continue into 2015.

The 600 new potential litigants fall into three groups: new victims; others who sued over hacking but signed agreements with NI allowing them to sue the company again; and a third group who signed agreements potentially barring them from suing again. The indications are that there may be "some hundreds of new legal actions" from the first two groups.

On Monday the high court will hear formally of at least a dozen settlements out of the 167 civil claims filed last autumn from individuals including Cherie Blair and David Beckham's father, Ted. Blair was one of 170 victims who chose to sue in the high court instead of going through the NI private scheme, which has so far accepted 254 compensation claims.

More than 250 people have sued NI including Jude Law, Sienna Miller and Charlotte Church after they were told by police they were targeted by the paper but the opening of a second line of inquiry into activities at the paper will be a fresh nightmare for Murdoch and NI executives who are busy trying to rebuild the reputation of the company before a demerger of the parent company, News Corp, in June.

Last month there was a fresh wave of arrests of former NoW executives, believed to have been prompted by the new evidence. Three men and three women were arrested on suspicion of conspiracy to intercept telephone communications between 2005 and 2006.

Information from the same supergrass also led to the arrests on Thursday of the former editor of the Sunday Mirror, Tina Weaver, and three other former colleagues who were arrested on suspicion of conspiring to hack phones. On Friday, Richard Wallace, former editor of the Daily Mirror and Weaver's partner, was interviewed by police under caution as the crisis at the Mirror Group spread. Scotland Yard said Wallace was not arrested. So far eight former NoW  staff, including former editors Rebekah Brooks and Andy Coulson, face charges in relation to allegations of conspiring to hack phones.

The revelations come at the worst possible time for David Cameron as he prepares to battle in parliament to protect the newspaper industry from what he fears is excessive state-backed regulation. MPs and peers are due on Monday to debate legal changes designed to tighten media self-regulation and ensure it is placed on a permanent basis. Labour and the Lib Dems are hoping to defeat the Conservatives with their proposals to introduce a law to strengthen the power of a watchdog to audit the work of a reformed Press Complaints Commission.

Cameron is not currently due to speak in the Commons debate, since the reforms come in the shape of amendments to the crime and courts bill.  But the prime minister will face Ed Miliband across the dispatch box during a statement after the conclusion of the European council summit of EU leaders, and may yet be asked by the Speaker to make a Commons statement on why on Thursday he decided to pull the plug on all-party talks to introduce a new system of press regulation.

Cameron is likely to lose, raising questions about his authority and judgment. There were still hopes that he would seek a last-minute deal. Harriet Harman, shadow culture secretary, said: "I hope that even before we get to Monday we will get that cross-party agreement." Aides to Nick Clegg said he was not planning to talk to Cameron before Monday about press regulation, saying his efforts were focused on securing as large a vote as possible amongMPs for a tough system of regulation. Clegg insisted the issue should be seen as above party politics.

Miliband said: "The royal charter we propose would create a new independent voluntary system of self-regulation for the press. It has a code setting out the high ethical standards of the best in British journalism, a complaints procedure which is easily accessible and fair, and real teeth to ensure protection and redress for citizens."

Earlier, Cameron welcomed the move by the other parties towards accepting a royal charter, rather than passing legislation to create a new regulator. He said it was now essential that the matter was brought to a head and could no longer be allowed to "hijack" the rest of the Government's legislative programme.

News International had no comment on allegations of a second hacking operation at the NoW.

It said it still planned to close its compensation scheme, but would continue to consider "meritorious claims".