"... She and her husband operated a car dealership with alleged ties to the mob and an especially gruesome murder.  She also exhibited her typical histrionic bellowing observed whenever her ox is gored. ..." 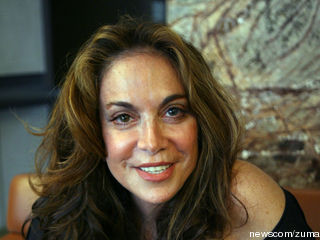 The Southern Poverty Law Center comes a bit late to the game in understanding the power and danger of anti-Muslim hate.  But they’ve made great strides by naming Pam Geller’s Stop the Islamization of America as an official hate group, alongside such wonderful representatives of the species as the Westboro Baptist Church, the Aryan Nation, KKK, and the Nation of Islam.  It’s about time Pam was recognized for her important contribution to the genre of hate.

She responded by publishing Morris Dees divorce papers, as if that was supposed to somehow defame SPLC.  Such lunacy on her part is rich when you consider that she and her husband operated a car dealership with alleged ties to the mob and an especially gruesome murder.  She also exhibited her typical histrionic bellowing observed whenever her ox is gored:

“It’s outrageous that the SPLC designates a group dedicated to protecting the freedom of speech, the freedom of conscience, and legal equality for all Americans as a ‘hate group,’” she said. “The SPLC, instead of standing for those freedoms, is carrying water for the real haters, the real neo-Nazi Jew-haters: the forces of Islamic supremacism and jihad. The SPLC doesn’t even have a category for Islamic jihadi groups. The greatest threat facing our nation, our people, our world, and they are shilling for them.”

… The SPLC is just a cash cow for the clueless and/or complicit tools of Islamic supremacism on the Left. The SPLC is reviled in civil rights circles for its notorious reputation. It does little to no work, while its officials enriching themselves by raising huge amounts from unsuspecting donors.”

I hate to spoil the party Pammy, but precisely which “civil rights circles” revile SPLC for its “notorious reputation?”  She of course means her own organization which she (seriously, now) views as a “civil rights” organization.  Why sure, she’s for the civil rights of everyone who isn’t Muslim.  I wonder if she’s opposed to allowing Muslims to be American citizens.  You see it creates a rather inconvenient problem because once they’re citizens they’re entitled to the rights we white people (and even Black people, heaven forfend) enjoy.

Her talk about SPLC being a cash cow for its officials is also rich when you consider the tony digs Pammy enjoys on New York’s Upper Eastside in her multi-million dollar condo, thanks to the support of her “clueless complicit tools of anti-Muslim hate on the right” whose largess offers her the lifestyle to which she’s become accustomed and entitled.  Not to mention her husband–who conveniently passed away just as she began her anti-Muslim jihad–willing her the gains, gotten and ill, of their Long Island car dealership.

I’m also delighted to see the Jewish Task Force on the list, which is a JDL-spinoff run by Chaim Ben Pesach, aka Victor Vancier.  The latter served time in federal prison for engaging in acts of terror while he was in the JDL.  Many believe that Vancier is the owner of the Masada2000 hate site.

SPLC, by rights, should add other American Jewish extremist settler support groups like Hebron Fund and Central Fund of Israel to its list since they echo Geller’s anti-Muslim ideology.  Several years ago, I called and spoke to Mark Potok about this, but I don’t think he felt the urgency that I did.

This article appeared at Tikun Olam

Richard Silverstein is an author, journalist and blogger, with articles appearing in Haaretz, the Jewish Forward, Los Angeles Times, the Guardian’s Comment Is Free, Al Jazeera English, and Alternet. His work has also been in the Seattle Times, American Conservative Magazine, Beliefnet and Tikkun Magazine, where he is on the advisory board. Check out Silverstein's blog at Tikun Olam, one of the earliest liberal Jewish blogs, which he has maintained since February, 2003.

Who Funds the Horowitz-Spencer Attacks On NY Park51 Mosque?