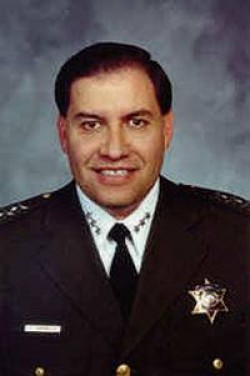 Jaramillo A Orange County judge on Friday denied a request by former Assistant Sheriff George Jaramillo to bar county prosecutors from handling the ex-lawman’s corruption case because of an assortment of conflicts, including his political and personal ties with the district attorney. Jaramillo’s attorneys wanted the state attorney general’s office to take over the case, arguing that their client could not be fairly prosecuted by the Orange County district attorney’s office because of their client’s relationships with Dist. Atty. Tony Rackauckas and Sheriff Michael S. Carona — and their political consultant, Michael Schroeder. “We’re disappointed,” Brent F. Romney, one of Jaramillo’s attorneys, said outside the courtroom after the hearing. “We have grave reservations that the district attorney would treat this case like any other.” After dismissing the request, Superior Court Judge Frank F. Fasel also pushed back Jaramillo’s Jan. 22 trial date to Feb. 26 so that several other motions filed by the defense could be heard. Jaramillo, who was fired in March 2004, was later charged with taking bribes and obstruction of justice related to his work as a paid consultant for CHG Safety Technologies Inc., a Newport Beach company seeking to promote a laser device designed to stop vehicles fleeing from police. He is also accused of lying twice to a grand jury, using a department helicopter for personal travel, and ordering deputies to develop his film, research convalescent homes for his mother and attend a relative’s graduation ceremony. Jaramillo has pleaded not guilty to all of the charges and is suing to get his job back. On Friday, Romney argued that Rackauckas “has a motive to discredit” Jaramillo because of potentially damaging information that Jaramillo knows about the district attorney. Deputy Dist. Atty. Brian Gurwitz described the defense’s strategy for recusal as “nothing short of bizarre.” Source: http://www.lagunajournal.com/exo.htm Also see: ORANGE COUNTY SHERIFF AND HIGH RANKING ELECTED OFFICIALS UNDER INVESTIGATION BY THE FEDS AND THE CALIFORNIA ATTORNEY GENERAL … The Orange County Sheriff’s Dept. and high ranking elected officials are under investigation by the Feds. Allegedly Sheriff’s deputies have illegally referred Orange County Jail inmates to local bail bondsmen and attorneys in return for money and favors and other privileges in a conspiracy involving female jail trustees and other inmates. Thousands of dollars in kickback payoffs are believed part of the conspiracy centered around the Sheriff’s Dept. According to federal officials, the investigation began in 2004 when a local long time bail bondsman complained that Xtreme Bail Bonds and other bail companies and the Sheriff’s Dept. was illegally referring clients and customers to local attorneys and other bail bondsmen. On Oct. 5, prosecutors won an indictment against criminal defense attorney Joseph Cavallo. The charges seem to allege that Cavallo masterminded and operated an illegal kickback scheme involving bail bonds and inmates—inside Mike Carona’s Orange County Jail. Cavallo plead not guilty and posted a cash bond of $25,000. As reported by the OC Weekly “The whole thing stinks,” said Cavallo. “I think the public would be shocked if they knew how things work in Orange County.” 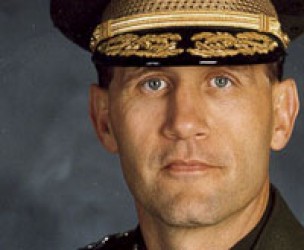 Sheriff Michael S. Carona Cavallo who admits he is familiar with the inner workings of local law enforcement thanks to his long relationship with the sheriff and former assistant sheriffs Jaramillo and Don Haidl, Cavallo says the county’s justice system is governed by the whims of the men who run it. He believes Carona played a secret role in District Attorney Tony Rackauckas’s charges after he refused to sabotage the Jaramillo defense. … There are probes of possible illegal conduct by elected officials under color of law, illegal use of office under color of law, misuse of authority, corruption, racketeering, obstruction of justice, cover up, jailhouse bribery, perjury, kickbacks, illegal campaign contributions, fundraising bribes; jobs sold for donations, the selling and distributing of reserve sheriff badges, bought with county taxpayers money, the thwarting of accurate public disclosure, indecent sexual activities, sexual favors, police brutality and the illegal use of government property including a police helicopter for personal use. … http://www.lagunajournal.com/orange_county_sheriff_and_high_r.htm