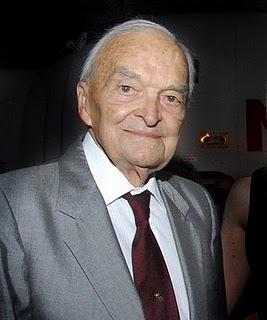 Nazi Germany’s famous rocket scientist Walter Haeussermann, who was member of a team which helped America send its astronauts to the moon, has died in Alabama in the US. He was 96.

Haeussermann died on December 8 at Huntsville Hospital of complications from a fall; he is survived by his wife Ruth, ‘The Huntsville Times’ reported.

Haeussermann was with Wernher von Braun at Pennemunde, the German site where he helped develop V-2 rockets that were launched against London during World War II, and later formed the basis of the American rocket programme.

He joined the team of scientists and engineers who worked on America’s space program at Huntsville after the war.

He was in charge of guidance and control systems for rockets that landed American astronauts on the moon in 1969.

His contributions to the space program were recognised with the Decoration for Exceptional Civilian Service in 1959.

Haeussermann, who became a naturalised US citizen in 1954, remained an enthusiastic supporter of the American space programme and attended reunions and public events regularly until his death.