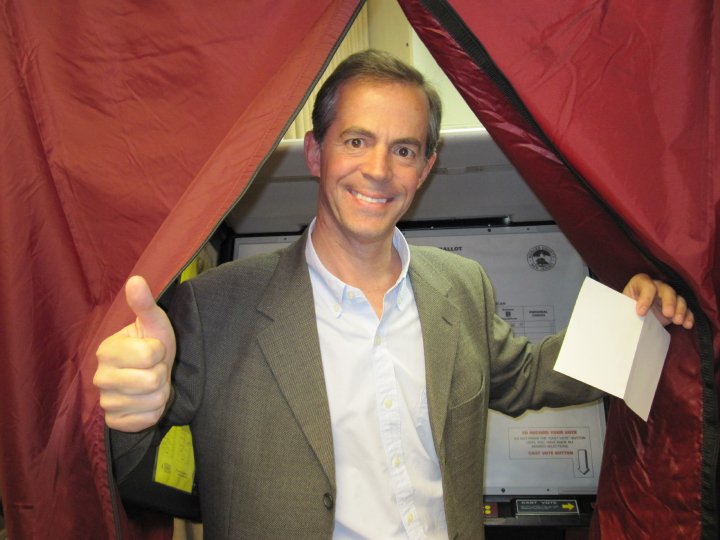 I’ve been writing about dirty campaign tricks for over 30 years, so I shouldn’t be surprised. But it came as a shock to be the victim of a dirty trick — which I am coming to believe happened to our family in July.

More on that later.

The most recent affront came last week, when a political blog run by GOP businessman Art Gallagher — www.moremonmouthmusings.net — posted an entry by Abram N. Spangel that accused Holt of supporting infanticide and the euthanasia of certain of the disabled. Spangel, like many of the vitriolic posters on this site, is the nom de plume of someone identified only as a Monmouth County businessman who wants to remain anonymous. I suspect they’re all really Gallagher himself, who needs some distance between himself and the most disgusting attacks on his blog.

The logic behind the recent posting strains credulity and requires a greater suspension of disbelief than those popular “Twilight” movies about teenage vampires. But here it is in a nutshell, according to Spangel:

According to this nonsense, Holt — who taught at Princeton for years before entering politics— accepted a $2,400 donation from Laurance Spencer Rockefeller of New York. Rockefeller, another Princeton benefactor, supports the professorship of Peter Singer, the Ira W. DeCamp Professor of Bioethics at Princeton. Singer has some admittedly controversial views — including his support of physician-assisted suicide for terminal patients and the morality of euthanizing some of what he calls “defective” infants. Therefore, because Holt accepted the donation from Rockefeller, who supports a controversial professor at one of the most prestigious learning institutions in the nation, Holt “champions infanticide,” according to the post.

That logic is so tenuous and twisted it makes my brainpan ache, and it would be laughable if these guys weren’t serious. But here’s the kicker: A banner ad for the Sipprelle campaign appeared directly over this cowardly and anonymous post.

By this logic, no candidate in his right mind should accept a campaign donation from me (I don’t make campaign donations) because I occasionally give money to my alma mater, the University of Wyoming, and the university has supported lecture appearances by both Dick Cheney and William Ayers, polar ends of the spectrum in insane political thought.

This isn’t the first time Gallagher has used anonymous bomb-throwers to smear Holt. Recently, the bacon head called Spangel suggested that because Holt did not mention longtime Sen. Robert Byrd’s early association with the Ku Klux Klan when he eulogized Byrd, Holt must support the hate group himself. “The only instance in which Holt wants to see a cross is when one is burning on the lawn in front of a minority house of worship such as an African American church or Jewish synagogue,” Spangel spewed.

Sipprelle’s paid political ad appeared directly over that sickening smear as well. That tacit endorsement clearly indicates that he supports the message, the venue and the cowardly, desperate tactic.

Nor did Sipprelle distance himself early this month from a television ad paid for by a pro-Israel/Republican group that was trying to drive a wedge between Holt and Jewish voters in the district. When Holt called on Sipprelle to denounce the ad — which was clearly based on lies — Sipprelle’s campaign did not do the right thing. Instead, they disingenuously claimed they “had nothing to do with the ad” and declined to reject it. Thus, they endorsed that dirty trick with their silence.

Which brings me to July 22, when I received a call from a woman who identified herself as the wife of a U.S. Army captain currently deployed in Iraq. Since my wife and I became involved in the fight to improve services for veterans at the national level, we’ve received calls from many veterans or family members. I took her at her word when she said she was interested in a bill that Holt filed in the U.S. House of Representatives named after our son, Sgt. Coleman S. Bean, who suffered from PTSD and took his own life in September 2008, after serving two tours in Iraq.

I listened to her, because I always listen to veterans and their families. But I was troubled when she kept pressing me to say I thought Holt’s bill was an insult because it didn’t go far enough. I said nothing of the sort, but put her in touch with my wife. And in an email the next day, the woman said much the same thing and was critical of Holt’s bill.

Not as gullible as I apparently can be, my wife did some checking into the woman’s background and discovered that she was indeed the wife of a serving soldier, but she also claimed to be Scott Sipprelle’s Middlesex County campaign coordinator.

Sipprelle and his campaign said they were appalled by the approach and swore that it was not a dirty trick to get one of us on the record criticizing Holt’s bill, even though it clearly appeared to be one. They terminated the woman’s employment with the campaign, and Sipprelle promised to work with us on veterans’ issues if he is elected.

And even though my cynical newspaperman’s side said this wouldn’t have been the first time a campaign threw an “overzealous” functionary under the bus when they were caught, I agreed to let the matter slide for the time being. Chalk that up to whatever is left of my naiveté (even some of my closest friends doubted Sipprelle could not have known what his campaign coordinator was up to) and my reluctance to let gutter politics tarnish an issue that is so near to our hearts, and so important to veterans. But I was clear that if it looked like this sort of thing was becoming a pattern of dirty tricks, all bets were off.

Patterns. I’m seeing enough of them to make me decide which candidate I’ll vote for in November. I’m guessing lots of you see ’em, too.