Related: The Role of Finance and the Multinationals in Right-Wing Terrorism

A neo-Nazi activist aided the Palestinian terrorists who murdered 11 Israeli athletes during the 1972 Munich Olympics, the German weekly Der Spiegel reported on yesterday.

The report is based on a 2,000-page file compiled by the Federal Office for the Protection of the Constitution, which was made public at the request of Der Spiegel, ahead of the 40th anniversary of the massacre, to be marked this coming September.

At the 1972 Summer Olympics in Munich, terrorists from the Palestinian paramilitary Black September organization, a wing of the PLO’s Fatah, took members of Israel’s Olympic team hostage. Two Israeli athletes were killed in the initial hostage-taking and nine were killed during a botched German rescue attempt at a Munich airport.

A document released on Sunday details a correspondence between local police in the city of Dortmund and the Federal Office for the Protection of the Constitution. The correspondence reveals that seven weeks prior to the attack a man named Saad Walli, described as having “an Arab appearance,” held a suspicious meeting with a neo-Nazi activist named Willi Pohl.

Saad Walli was the alias of Abu Daoud, one of Black September’s leaders and an organizer of the Munich attack. He died in Damascus two years ago.

It seems German authorities did not act in any way to investigate Abu Daoud’s activities, or to stop them, despite this information.

According to Der Spiegel, Pohl helped Abu Daoud obtain fake credentials, including passports and other documents. In addition, he is quoted as saying that he “drove Abu Daoud around Germany, where he met Palestinians in various cities.”But Pohl, who writes detective novels under a different name, claims that he did not know he was helping the perpetrators plan what was to become the Olympics massacre.

Pohl was also reportedly linked to another planned Palestinian attack that was supposed to take place after Munich. Following instructions by Abu Jihad, then Yasser Arafat’s deputy and Fatah’s second-in-command, Pohl was to plan an abduction at the Cologne cathedral and in the city halls of several major German cities.

However, he was arrested in Munich in October 1972, and police confiscated grenades and firearms during that arrest. He was also found to be holding a threatening letter, meant to be sent to a German judge who had been in charge of investigating three of the massacre terrorists.

The police report exposed by Der Spiegel also indicates that Pohl helped the terrorists obtain weapons, possibly including those used in the massacre itself. “They originated from a very rare production line,” the report wrote of the seized arms, saying the arms included “Belgian casings and Swedish explosives, made only for Saudi Arabia.”

“Identical weapons were used by Palestinian terrorists to kill the hostages at the Olympics,” Der Spiegel added.

Pohl was sentenced to a short jail term for “unauthorized possession of firearms,” only to be released four days after his sentencing. Eventually, he made his way to Beirut.

According to Der Spiegel, German authorities feared terrorists would perpetrate an attack in order to release Pohl. Shortly after the September massacre, terrorists hijacked a Lufthansa plane, which prompted the release of three of the massacre’s planners from a German jail. 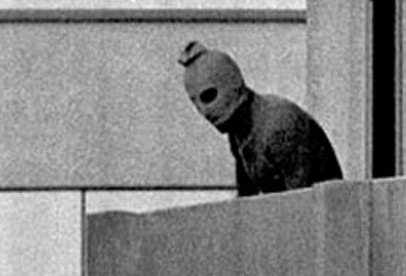 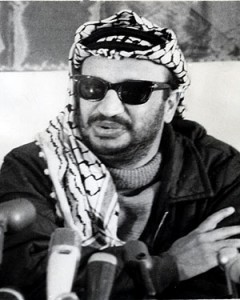