More lawmakers in North Carolina than in any other state have signed Americans for Prosperity’s pledge against spending money to address the climate crisis.

The political clout of conservative billionaires Charles and David Koch of the Koch Industries oil and chemical conglomerate is hardly news, but a fresh investigation provides interesting details about their influence — including the outsized sway they hold over the North Carolina legislature when it comes to climate policy.

Among the policies of interest to Koch Industries are those related to climate — a pressing concern for a corporation that’s the 27th largest greenhouse gas emitter in the United States, according to the Political Economy Research Institute at the University of Massachusetts. In 2011, Koch Industries and its subsidiaries emitted more than 24 million metric tons of heat-trapping carbon dioxide to the earth’s atmosphere.

To influence policy making on climate and other issues, the Koch brothers and Koch Industries corporate board member Richard Fink in 2004 launched Americans for Prosperity (AFP), a political advocacy group that promotes an aggressive anti-regulatory agenda and has close ties to the ultra-conservative tea party movement. In 2008, coinciding with its “Hot Air Tour” to promote doubt about the scientific reality of global warming, AFP created a “No Climate Tax Pledge” for politicians, with signers promising not to spend any money to address climate change without an equivalent amount of tax cuts.

To date, the pledge has been signed by 411 current office-holders and politicians, including 25 U.S. Senators and 144 members of the U.S. House.

The pledge has also been signed by many state politicians — and North Carolina is far ahead of other states in the number of signatories.

Seventeen current members of the North Carolina Senate, all Republicans, have signed the pledge — more than in any other state. Arkansas comes in a distant second with 11, followed by Missouri with six. …

Why would so many North Carolina lawmakers have signed AFP’s pledge against taking climate action? One likely factor is the influence of conservative mega-donor Art Pope, CEO of the Variety Wholesalers discount retail chain and a longtime AFP leader.

Until McCrory appointed him state budget director in January, Pope served for many years as one of a handful of national directors of AFP, and his family foundation is the second-largest backer of AFP’s sister group, the Americans for Prosperity Foundation. Pope is also a close associate of the Kochs outside of AFP, attending their secretive annual gatherings of wealthy conservatives. And like the Kochs, Pope has been a major backer of groups that work to cast doubt on climate change, giving to many of the same organizations. In North Carolina, Pope’s policy network has been the leading voice of climate science denial.

Pope played a big role in getting the current Republican supermajorities in both the state House and Senate elected. … 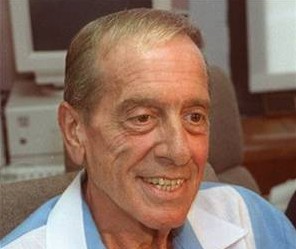 It Wasn’t Only Whitey Bulger: The FBI and the Mob’s Gregory Scarpa, Sr.
Jul 11