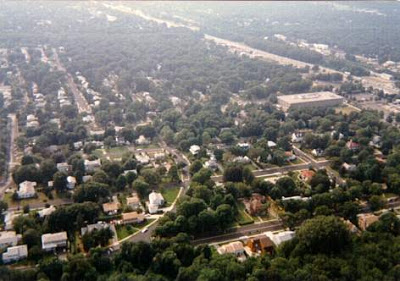 “[Flaherty’s] conduct is described in the complaint as “a district pattern and practice of forcing the resignation of Jewish administrators and/or teachers. … How did someone with such a checkered past get hired as the head of the Massapequa school district in the first place? … “
Long Island Press – 7/11/2007

Several weeks ago, with final exams just days away and summer vacations looming, Massapequa Public Schools suspended its district superintendent with no explanation except to say, in a letter mailed home to parents on June 25 and posted on its website, that the action “is in no way associated with theft, child abuse or sexual misconduct.”

But two of those three denials may not be true, according to a federal lawsuit filed against the school district, the former superintendent, Maureen Flaherty, Ph.D., who earns $200,000 a year, and Deputy Superintendent Charles Sulc, the man who replaced her as acting superintendent.

A week after the Massapequa Board of Education suspended 57-year-old Flaherty at its June 20 meeting, Flaherty’s colleague Arlynn Abramson alleged that she had been a victim of civil rights violations that included anti-Semitic bias. In the suit, Flaherty was also described as establishing a “reputation for making unwanted/unsolicited sexually inappropriate contact with female subordinates,” including Abramson. The suit also includes the allegation that at the time Flaherty was hired, she “had a well-established, publicly known reputation as an alcoholic.”

A gag order prevents the staff from speaking about Flaherty, and of those the Press contacted, none claimed to have information regarding Flaherty’s hush-hush disappearance from the administration.

In fact, news of the suit has remained so secretive, some Board of Education members did not know about it until notified by the Press. 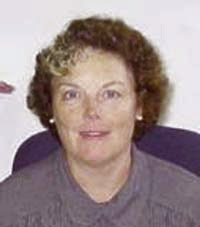 Although no colleagues would confirm or deny any of the allegations, one local mother of two children who is actively involved with Massapequa schools did come to Flaherty’s defense.

“As far as my dealings with Dr. Flaherty, everything has been positive,” says Maureen Geier, a 12-year resident. Test scores are up and complaints were typically addressed within a reasonable time frame, she says. “It just seemed that she was very proactive,” adds Geier, who was unaware of the suit’s allegations.

One of the most disturbing charges contained in the complaint is the allegation of a cover-up of the behavior of a male teacher in the district who had allegedly been sexually abusing female students. The nine-page lawsuit, filed June 27 in New York Eastern District Court, seeks unspecified compensatory and punitive damages.

“In any suspected case of inappropriate contact, the district immediately commences its own investigation, notifies the state board of education” as required by law, and also contacts the police, says Michael Conte, the public relations representative for the Massapequa schools. “To suggest anything else is an outright fabrication,” and there was no criminal complaint regarding inappropriate contact filed against the teacher, Conte adds.

Plaintiff Abramson, a curriculum associate in the district’s music department and an Orthodox Jew, alleges in the suit that her religion was repeatedly ridiculed and her requests for time off to observe Jewish religious holidays were consistently denied. Among Flaherty’s “repulsive conduct,” according to the court documents, was that Flaherty allegedly proclaimed that if she “had it [her] way, the entire district would be comprised of Italian and Irish” employees.

Abramson declined to comment and her lawyer, Westchester-based Jonathan Lovett, did not return calls, nor did Sulc.

“We believe this claim is utterly without merit. The school district will vigorously defend itself against these outrageous assertions,” says Conte.

This is not the first time Flaherty has been in the hot seat. A background check turns up some similar circumstances.

Prior to her hiring as the superintendent of Massapequa schools in 2005, Flaherty resigned as the superintendent of Holmdel Township public schools in New Jersey. Her two-year stint in Holmdel, according to published reports in the Independent, was also marked by controversy, such as being the “divisive force behind…conflicts.” The Holmdel Township Education Association (HTEA) gave her and the board a vote of “no confidence” for supposedly breaking a promise to include teachers in hiring searches for new employees, according to the Independent.

A current school official within the Holmdel Township school district, who wishes to remain anonymous, says that teachers and people who knew her are not surprised by this latest news from Massapequa.

Before her time at Holmdel, Flaherty worked as superintendent at the Florida Union Free School District in Upstate New York, where she was also the subject of another suit, again brought by a co-worker. Coincidentally, Lovett represented the plaintiff in the Upstate case as well.

According to that suit, Flaherty was tracked down by the school principal at a bar one night where she was allegedly drinking heavily. The principal then told Flaherty not to drive drunk, and was later suspended by Flaherty.

Court documents state that Flaherty and three other named defendants lost the suit and the principal was awarded $51,000. Requests for comment left at Flaherty’s home with a woman who identified herself as a family member were not returned as of presstime.

Despite repeated requests by the Press, Mark C. Rushfield, Esq., of Highland, N.Y.-based Shaw, Perelson, May and Lambert, LLP, Flaherty’s attorney for the Upstate N.Y. suit, refused to comment on the current lawsuit.

Kathy Hodecker, former president of the HTEA, declined to comment to the Press, relaying through a Holmdel official that she’d already spoken to the local newspaper about the topic.

In a July 5 article in the Independent, Hodecker said she was not surprised upon hearing of Flaherty’s recent suspension.

In the middle-class South Shore community of Massapequa, Abramson, with her strict religious beliefs, was made a target for discrimination by Flaherty, the suit alleges.

Abramson’s suit alleges that she was ordered to work during summer school by the defendants named in the suit, despite a contract agreement that forbade the administration from requiring her to do so-especially under threat of termination. She claims that she then had to cancel planned trips to Israel. She alleges that she was also made to work on the Sabbath, Friday evenings and Saturday mornings, which kept her from attending religious services.

Among other things, the suit alleges that Sulc and Flaherty singled Abramson out in public meetings and asked her about her travel to Israel and the details of various Jewish holidays. Sulc’s and Flaherty’s continuing “degrading conduct” also included making disrespectful statements about traditional Orthodox Jewish attire, according to the lawsuit. The suit also alleges that upon Abramson’s disinterest in meeting administrators for drinks after work, Flaherty said, “Of course not, you’re Jewish. You don’t drink.”

The suit further alleges that the administration “required her to perform job responsibilities in nine separate school district buildings, with a view towards forcing her to resign,” by creating a “near-impossible workload.” Such conduct is described in the complaint as “a district pattern and practice of forcing the resignation of Jewish administrators and/or teachers.”

While questions still loom over the reasons for Flaherty’s abrupt suspension, her departure spawns yet another inquiry: If the allegations prove true, how did someone with such a checkered past get hired as the head of the Massapequa school district in the first place?