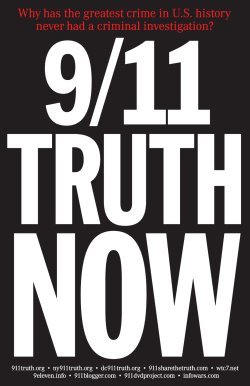 Grouping legitimate with quack research is a perception management trick used frequently by the media to marginalize dissidents.

So we have a new book that lumps “9/11 conspiracy theories” (also CIA mind control and ritual abuse) in with creationism, Holocaust denial and all forms of medical quackery:

And the source of these assertions, plying tried-and-true opinion-formation strategy, mixing legitimate 9/11 researchers in with neo-Nazis, leech bleeders and planted disinformants on the Internet?

About the author: Damian Thompson writes for the Financial Times and editor of the Catholic Herald. He is the proud author of …

• “An outbreak of anti-popery”, review of The Power and the Glory, by David Yallop, Daily Telegraph, 17/5/07

• “The Roman Catholic renaissance is held back by the bishops”, Daily Telegraph, 12/8/06

• At Thompson’s Holy Smoke blog, one can learn how “Christianophobia comes to the East End.”

Of Thompson’s book, a review by Daniel Craig in the the Daily Mail opined rapturously: 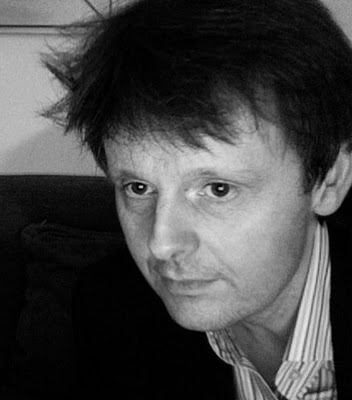 ” … As Thompson points out in this splendid, short shock of a book, people are drawn to counterknowledge because it makes them feel empowered. And by dressing accident up as design, conspiracy theories reassure them that even if the universe is controlled by evil geniuses such as President Bush, the Loch Ness Monster or the Duke of Edinburgh, well, at least there’s someone keeping an eye on it. … ”
http://counterknowledge.com/?cat=18

“A new political label is circulating in America: ‘liberal fascist’. It’s a term of abuse, of course, but jolly useful: under Gordon Brown, Britain is absolutely crawling with people who fit the description.

“In his book Liberal Fascism, the American author Jonah Goldberg argues that control-freak fascism is reconnecting with its Leftist roots via the likes of Hillary Clinton. And, as Dominic Hilton suggests in a recent review, the same thing is happening here. ‘Picture the uniformed traffic warden who gleefully issues you a parking ticket saying she is just following orders,’ he writes. … ”
http://blogs.telegraph.co.uk/ukcorrespondents/holysmoke/#post_289657 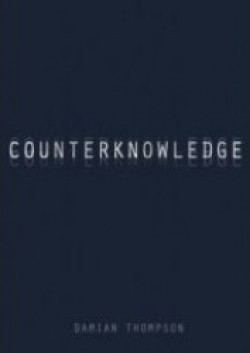 At Ohio’s Creation Museum, the displays show children and dinosaurs frolicking in the Garden of Eden. Dinosaurs survived Noah’s flood and roamed the earth until quite recently, the museum says. How did they fit into Noah’s ark? “They only took young dinosaurs on board,” a guide explains.

Here is something else you may not know: the Chinese discovered America before Christopher Columbus, at least according to 1421: The Year China Discovered the World, a bestseller by Gavin Menzies. Menzies does not tell us that Israel’s northern border was determined by Freemasons. That is in Talisman: Sacred Cities, Secret Faith, by Graham Hancock and Robert Bauval.

All this shows we are living through a “golden age” of bogus science, history and archaeology, Damian Thompson, a leader writer on The Daily Telegraph, says in his bracing polemic Counterknowledge.

He piles on the evidence. About 45 per cent of Americans think God created humans 10,000 years ago, according to a 2004 Gallup poll. British readers can stop smirking. …

Counterknowledge’s essential characteristic, Thompson says, is that it purports to be knowledge, but can either be disproved or has no evidence to support it. There is no evidence, for example, that federal officials assisted in the September 11 attacks or did nothing to stop them, but 36 per cent of adult Americans believe one of these propositions. (Thompson, who is also editor-in-chief of The Catholic Herald, concedes that the story of “a Palestinian carpenter coming back to life” is equally implausible, but argues there is a difference “between declaring one’s belief in isolated supernatural events such as the Resurrection, which is what ordinary churchgoers do, and making falsifiable statements about the world around us, which is what faith healers do”.)

… Thompson says counterknowledge is spreading to countries where scientific traditions are thin and untruths find a ready anti-western audience. In northern Nigeria and Pakistan, Islamic leaders have told parents that polio vaccines are an American plot to sterilise them. …

The internet has made the spread of counterknowledge easier. But the web, argues Thompson, is also the way to strike back – which makes it a pity that his own sourcing can be slapdash. An allegation that Muslim students at Guy’s Hospital distributed leaflets attacking Darwinism is unsourced, as is the (easily verifiable) assertion that measles increased in London after unwarranted doubts about the MMR vaccine. …

Michael Skapinker is an FT columnist

Michael Skapinker is an Associate Editor of the FT and a columnist. He was born in South Africa in 1955 and was educated at the University of the Witwatersrand, Johannesburg and Queens’ College, Cambridge.

He began his journalistic career in Greece, where he worked as a correspondent for CBS Radio News and Independent Radio News. He joined the FT in London in 1986 and has reported on many industries, including aerospace, electronics and tourism.

Skapinker’s own writing in 9/11 is strictly pro-Bush disinformation:

… The evidence presented to the National Commission on Terrorist
Attacks shows that all the components of the assault were known in advance: at least one Islamic extremist was learning to fly, al-Qaeda was planning hijackings in the US and it had been surveying buildings.

Neither the White House nor the Central Intelligence Agency nor the Federal
Bureau of Investigation put all these warnings together. But I would not have
done so either and neither, I suspect, would you. …

Mr Bush said at a recent press conference that the briefing seemed to indicate that any hijacking would be an attempt to blackmail the government. “The truth of the matter is most in the country never felt that we’d be vulnerable to an attack such as the one that Osama bin Laden unleashed on us. We knew he had designs on us. We knew he hated us. But nobody in our government, at least, and I don’t think the prior government, could envision flying airplanes into buildings on such a massive scale.”

If the administration had had an inkling that such a thing was about to happen, “we would have moved heaven and earth to save the country”.

Whatever criticisms you may make of Mr Bush, on this or any other subject, these statements have the ring of truth to them. No one, apart from the wildest conspiracy peddlers, believes the Bush administration wanted the September 11 attacks to happen. …

Previous Article
Will the Gotovina Trial be a BIG Embarrassment for the CIA??
Next Article
The John Birch Society’s Apocryphal History of the Peace Sign