Usually, political groups trip over one another to try and gain public notoriety and attention. The Council for National Policy, meanwhile, would be perfectly happy if the public didn’t even know it exists. (I’ve long believed the easiest job on Earth would be to serve as this group’s press secretary.)

The CNP is made up of many heavy-hitters from the religious right and conservative movement in general, and they meet periodically to plot and scheme. It may sound excessively cloak-and-dagger of the group, but the CNP has a list of formal rules, one of which reads, “The media should not know when or where we meet or who takes part in our programs, before or after a meeting.”

Fortunately, details routinely leak. Today in New Orleans, for example, the CNP will gather and hear from none other than John McCain. (You know, the one who “refuses to pander” to anyone.)

His remarks at the event, which has always been closed to the public and will have only a partial accommodation of the press this year for the first time, could turn out to be his make-or-break pitch for support from some of the right’s most influential critics of his past positions and policies.

“This is the most distinguished collection of conservative leaders and donors, and he was anxious to appear as part of his ongoing effort to consolidate support for his candidacy within the conservative movement,” said Charlie Black, Mr. McCain’s campaign adviser.

And who, exactly, is the Council for National Policy? I’m glad you asked.

U.S. News reported during the ‘04 campaign:

The supersecret Council for National Policy, founded at the onset of the Reagan era, will be meeting in New York at an undisclosed location in hopes of avoiding protesters. The thousand member group includes political heavyweights like John Ashcroft, Bill Frist, and Tom DeLay, religious leaders from Pat Robertson to James Dobson, media moguls like Steve Forbes, and conservative billionaires Howard Ahmanson and Nelson Bunker Hunt.

Conservative Republicans boast that the council’s meeting is the “real” convention. “It’s the old smoke-filled room, but I wouldn’t say it’s corrupt,” says a source. “Rather it’s just where the work gets done.”

No one really knows what kind of work gets done when these wealthy, powerful right-wingers gather in their proverbial smoke-filled room. We do know that the CNP was co-founded by Tim LaHaye, who provides the Biblical analysis for the popular, right-wing “Left Behind” novels and who has worked to advance the religious right’s agenda for decades.

We also know that the CNP’s membership reads like a who’s who of some powerful far-right players. In addition to those mentioned in the U.S. News piece, readers may recognize names such as Grover Norquist, Phyllis Schlafly, and Oliver North.

Perhaps the best mainstream report on the CNP came from ABC News a couple of years ago, which described the Council as “the most powerful conservative group you’ve never heard of.”

When Steve Baldwin, the executive director of an organization with the stale-as-old-bread name of the Council for National Policy, boasts that “we control everything in the world,” he is only half-kidding.

Half-kidding, because the council doesn’t really control the world. The staff of about eight, working in a modern office building in Fairfax, Va., isn’t even enough for a real full-court basketball game.

But also half-serious because the council has deservedly attained the reputation for conceiving and promoting the ideas of many who in fact do want to control everything in the world.

As for McCain, the Washington Times added, “‘We agreed the press could sit in a separate room and listen to the speech and the questions and answers,’ a CNP official said, speaking anonymously because the rules of the council forbid officials or members to speak by name in public.” 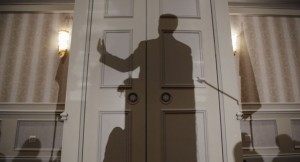