Longshoremens' Union to Shut Down West Coast Ports May 1 to End War in Iraq, Afghanistan 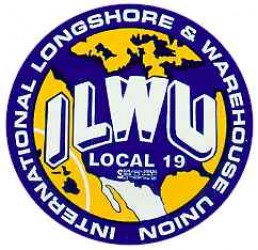 In a major step for the U.S. labor movement, the International Longshore and Warehouse Union (ILWU) has announced that it will shut down West Coast ports on May 1, to demand an immediate end to the war and occupation in Iraq and Afghanistan and the withdrawal of U.S. troops from the Middle East. In a February 22 letter to AFL-CIO president John Sweeney, ILWU International president Robert McEllrath reported that at a recent coast-wide union meeting, “One of the resolutions adopted by caucus delegates called on longshore workers to stop work during the day shift on May 1, 2008 to express their opposition to the war in Iraq.”

This is the first time in decades that an American union has decided to undertake industrial action against a U.S. war. It is doubly important that this mobilization of labor’s power is to take place on May Day, the international workers day, which is not honored in the U.S. Moreover, the resolution voted by the ILWU delegates opposes not only the hugely unpopular war in Iraq, but also the war and occupation of Afghanistan (which Democratic candidates Hillary Clinton and Barack Obama and Republican John McCain all want to expand). The motion to shut down the ports also demands the withdrawal of U.S. troops from the entire region, including the oil sheikdoms of the strategically important Persian/Arab Gulf.

The Internationalist Group has fought from the moment U.S. troops invaded Afghanistan in September 2002 for American unions to strike against the war. Despite the fact that millions have marched in the streets of Europe and the United States against the war in Iraq, the war goes on. Neither of the twin war parties of U.S. imperialism – Democrats and Republicans – and none of the capitalist candidates will stop this horrendous slaughter that has already killed hundreds of thousands of Iraqis. The only way to stop the Pentagon killing machine is by mobilizing the power of a greater force – that of the international working class.

The action announced by the powerful West Coast dock workers union, to stop work to stop the war, should be taken up by unions and labor organizations throughout the United States and internationally. The ILWU should be commended for courageously taking the first step, and it is up to working people everywhere to back them up. Wherever support is strong enough, on May 1 there should be mass walkouts, sick-outs, labor marches, plant-gate meetings, lunch-time rallies, teach-ins. And the purpose of such actions should be not to beg the bourgeois politicians whose hands are covered with blood, having voted for every war budget for six and a half years, but a show of strength of the working people who make this country run, and who can shut it down! 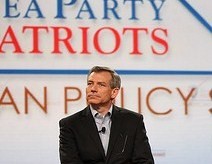