Lockerbie Bombing: The Search for the Truth 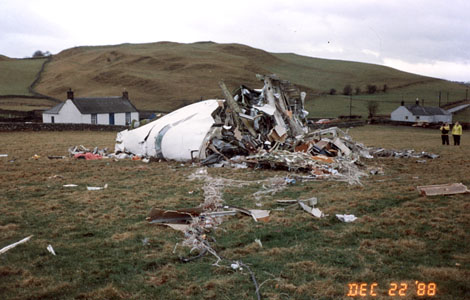 I suspect that “mainstream” journalists stumbling through legal wreckage of the Pan Am 103 bombing will be the last to wipe their eyes and face the fact that the 259 passengers, 11 on the ground, killed in the disaster were casualties of Iran contra. If I — at the time, an obscure reporter with a weekly, 20-minute news program on KAZU-FM in Monterey, California, a tiny, independent public radio station — could report that the bombing was the work of American intelligence “assets,” then lavishly-financed, award-winning corporate journalists should have gotten beyond “the search for truth” and nailed it all down long ago. But after two decades in which all of the evidence against al-Megrahi has proven to be concocted and bubbled away like overcooked menudo, establishment journalists either continue to denounce him as a “murderer,” and take transcription from lying politicians, or fall down on the trail of evidence for an opiated nap.

It doesn’t take a Seymour Hersh to follow the obvious clues. Back in 1995, the Independent tripped over one tossed out by a minister from the Labour Party:

Crucial evidence against two Libyans for the Lockerbie bombing was planted by the CIA, it was claimed in the Commons yesterday. A fragment of circuit board alleged to have been part of the bomb’s timing mechanism is the sole item of physical evidence linking the two Libyans to the December 1988 bombing. But Tam Dalyell, Labour MP for Linlithgow, declared: “I have come to suspect that the timing device in question was not that of Pan Am 103 but a different timing device that the CIA had picked up from the Libyans … I have been driven to the conclusion that the device was a CIA plant.” …

All that the “search for truth” demands is a desire to know, and Google. But the press has led us on a tortuous path mined with cooked evidence, coerced witness testimony and disinformation. Western intelligence agencies are tax-supported terrorist cells. This is the reality that the sleeping transcribers of the controlled media continue to wilfully ignore. – Alex Constantine

Lockerbie bombing: The search for the truth