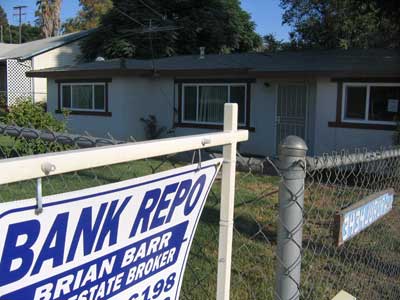 Despite efforts by the federal government and banks to stop the home foreclosure disaster, frustrated borrowers are still battling red tape and delays in their attempts to negotiate lower payments, even as hundreds of thousands of them lose their homes every month.

Though the reasons are many, the problem is simple: Banks aren’t renegotiating enough loans to stem the rising tide of foreclosures, either through the federal program or on their own. “If the banks wanted it to work, it would work,” said Fred W. Schwinn of the Consumer Law Center in San Jose.

The banks, however, continue to urge patience, particularly with the federal plan: “A lot of people had expectations from this program who didn’t understand it would take time, but the intention is there and we’ll move ahead,” said Rick Simon of Bank of America Home Loans.

Many banks started their own programs for modifying mortgages — lowering payments by changing the interest rate or the length of the loan, or in rare cases, forbearing some principal — before the administration’s plan was unveiled. Two San Jose homeowners who sought help through their banks’ programs told tales of seemingly endless red tape.

Angelo Gallo, 46, of San Jose, sought help from his bank lowering his monthly payments in January, before the Obama plan was announced. He said he and his wife, Mary, worked with their lender for five months, fulfilling numerous requests for more documents, but recently they were told they had to start over. “I was so frustrated,” Gallo said. “Every time you call it’s a different person, and it seems like the files are all over the place.”

Saturday, the bank informed him it would start foreclosure proceedings. But on Tuesday, a bank representative told him he may qualify for the federal government’s Making Home Affordable plan.

“That’s the first I heard about it,” Gallo said, though the program was announced in early March.

Fairilla Turner, 50, a single mother from San Jose who was laid off from her semiconductor technician’s job in January and now works part time, said her bank assured her she qualified for a renegotiated loan last November. She said the bank repeatedly asked her for additional documents, which she said she supplied. In April the bank told her told to submit a new application.

Turner paid a Southern California consultant $2,000 for assistance. But it didn’t work: The bank is foreclosing and has given her four months to move out.

The Treasury Department, which runs the Obama administration’s Making Home Affordable program, declined to comment on criticism of the banks, and says it will release data this month on how the program is faring. More than 50,000 loan modifications are in process and more than 270,000 borrowers have been offered loan modifications by 25 loan servicers, a department spokeswoman said.

But foreclosures continue at a high rate. “There are something like 2.5 million U.S. homes in foreclosure now, and 250,000 new foreclosures started every month,” according to Valparaiso University law professor Alan M. White, who studies the issue. “They are not even making a dent,” he said of the administration’s program.

Bankruptcy lawyers are particularly critical of the banks. The banks’ current efforts are “largely a farce,” according to Cathy Moran, a bankruptcy lawyer in Mountain View. She said most of her clients have been unable to modify their home loans.

“I don’t think the people in the loan modification departments at banks are empowered to make deals,” Moran said.

“There is an amazing lack of staffing to support the flood of modification requests the banks are getting,” said San Jose bankruptcy lawyer Norma Hammes, past president of the National Association of Consumer Bankruptcy Attorneys. “Lenders lose stuff all the time, and they ask for stuff they don’t need. We have to jump over hurdles and through hoops.”

“I’m seeing several people each week with the same hard-luck story of how mortgage lenders have led them on for months, lose the paperwork and then find one excuse or another to turn them down,” San Jose bankruptcy lawyer James “Ike” Shulman said.

Banks say they’re doing the best they can, given a flood of requests for loan modifications.

Simon said Bank of America’s 7,400 “home-retention specialists” are taking about 80,000 calls a day. The bank has made more than 48,000 offers through the federal program and now has 18,000 people making payments in their trial modification period.

Chase is moving through a backlog of 155,000 loans “as fast as we can, having hired nearly 3,000 people to help in the process, including 950 loan counselors,” spokesman Thomas Kelly said. The bank, which took over failed subprime lender Washington Mutual, has approved 87,100 trial loan modifications under the federal plan, Kelly said, and an additional 50,900 under the bank’s own program.

On a smaller scale, Fremont Bank says it has completed 50 modifications on its own and has an additional 31 in its three-month trial period. 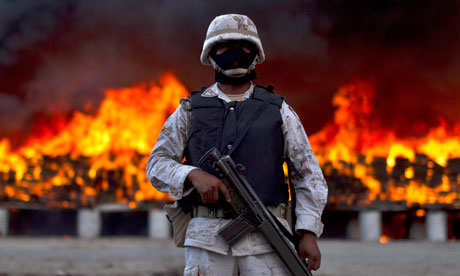