“… Recently Prince Andrew … was photographed with a teenage prostitute. Equally bad in the modern geopolitical context are accusations that Andrew has ties to Muammar Qaddafi’s Libyan regime. ….” 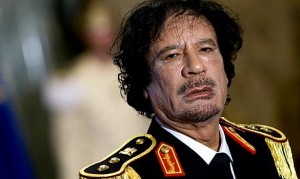 (CBS/AP) LONDON – The British Empire was deeply entrenched in the Middle East for many years, leaving lasting effects on many aspects of life there. Now, the wave of popular uprisings spreading through the region is having a reverse effect of sorts on the British royal family.

With just two months to go until the much-anticipated wedding between Prince William and tabloid darling Kate Middleton, Buckingham palace seems to be spending a lot of its time in damage control.

While Prince Harry was simply forced to cancel a planned trip to Dubai for a polo match in order to not appear “insensitive” to the region’s unrest, his uncle, Prince Andrew, the Duke of York, is facing much more serious problems stemming from the tide of violent unrest in Libya.

Recently Prince Andrew, the queen’s second son, was alleged to not only be friends with an American businessman who is a convicted sex offender, but he was photographed with a teenage prostitute. Equally bad in the modern geopolitical context are accusations that Andrew has ties to Muammar Qaddafi’s Libyan regime.

The Duke of York hosted the son of the Tunisian dictator shortly before a popular uprising drove him from power – and the buildup of embarrassment has sparked calls that he be stripped of his role as Special Representative for International Trade and Investment, a title he has held since 2001, with the job of promoting Britain’s business interests around the world.

British officials have rallied to Andrew’s defense. The foreign secretary expressed his “confidence” in Andrew on Sunday, and a U.K. trade official voiced support for the prince to remain in the position, saying he does a “very valuable job.” But pressure is mounting and there is growing speculation over how long Andrew can hang on to his post.

Andrew has courted trouble before: His much-publicized divorce from Sarah Ferguson, her subsequent missteps, massive debt, a tell-all interview and a videotaped attempt to sell a U.K. tabloid access to Andrew stand in stark contrast to the glow surrounding William and Kate Middleton’s courtship and upcoming nuptials.

Since becoming a special trade representative in 2001, Andrew has also drawn criticism for reportedly taking lavish trips in his role as an unpaid trade ambassador.

The latest revelations in the British media have centered on Andrew’s friendship with convicted pedophile Jeffrey Epstein and claims that Andrew also had close ties to Seif al-Islam Qaddafi, one of the Libyan leader’s sons. 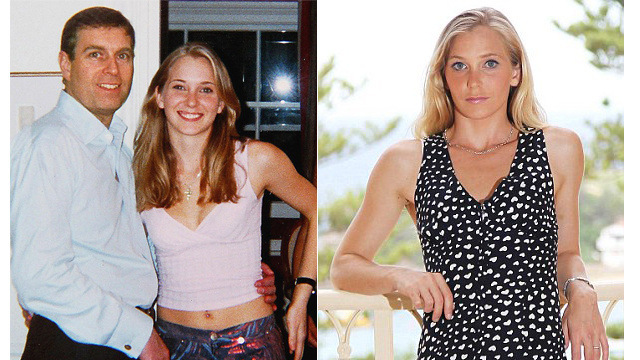 Photos recently published in the British media show Andrew strolling in a park with Epstein – the New York billionaire jailed for soliciting underage prostitutes in Florida. Most recently, a photograph emerged showing Andrew with his arm around the waist of the teenage prostitute at the center of that case. While there has been no suggestion of any wrongdoing on the part of Andrew, the sum of events has prompted some soul-searching over whether the prince is a suitable representative for U.K. interests abroad.

“The duke recognizes that his association with Jeffrey Epstein was, in retrospect, unwise,” a person familiar with the matter said, noting that it can be understood Andrew will not be photographed with Epstein again anytime soon.

But that’s not placating some who say enough is enough. Last week, British lawmaker Chris Bryant claimed that Andrew had close links to Seif Qaddafi. Bryant called for Andrew to be fired, telling the House of Commons, “Isn’t it time we dispensed with the services of the Duke of York?”

Buckingham Palace on Sunday rejected Bryant’s claims, saying Andrew’s interactions with the Qaddafi regime – and Tunisia’s ousted dictatorship, too- fell within the mandate of his job as special trade representative.

“It was part of the British government’s engagement with Libya at the time,” a palace spokesman said on customary condition of anonymity.

The spokesman confirmed Andrew met Muammar Qaddafi twice. Both meetings were of public record and should not come as news, the spokesman said, adding that Andrew is “fully committed to his role as special representative. It is understood that he has the support of the government behind him,” the spokesman said.

“The Duke of York has made a valuable contribution to British business,” a spokesman for government trade body UKTI said. “We continue to support him,” he added, on customary condition of anonymity.

“I’m not an expert in … the embarrassments,” Hague told the BBC. “But certainly I’ve seen around the world a lot of good that he has done for this country.”

Meanwhile, Prince Harry has postponed a planned polo visit to Dubai on March 19 amid escalating unrest in the Arab world. Harry’s office at St. James’s Palace in London said Friday the prince felt it would be “insensitive for him to participate in a sporting event at a time when there are matters of greater priority to focus on in the region.”

St. James’s Palace said the Sentebale Polo Cup that has been scheduled to coincide with the royal’s visit has been canceled.

The wave of protests sweeping the Arab world has already led to the ouster of longtime leaders in Tunisia and Egypt, and an uprising in Libya. The March 13 Bahrain Grand Prix was also canceled.

Kremlin-Backed Broadcaster Declares, “If Anyone Knows Real Nazis It’s The Royal Family”
May 23

God Save the Queen, the Fascist Regime?
Jan 02

A Material Girl: The Duchess of Windsor & the Swastika
Feb 27

A Material Girl: The Duchess of Windsor & the Swastika