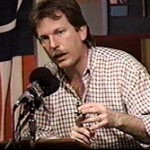 Journalist Gary Webb’s death on December 10, 2004 was filed as a suicide, and this may even be … but he had powerful enemies, scores of them – so the inclusion of this story in the Comair series is not to imply that Affiliated Computer Services (see parts 1-5) offed Webb for his work on ACS kickbacks to Califonia law enforcement. This IS, however, obviously a lead to follow because the timing of Webb’s death at the very moment he was investigating Darwin Deason’s ACS is a circumstantial curiosity. Does Deason employ hit-men? It probably never occurred to Webb to ask this question. He thought the story was about kickbacks, not water boards. – Alex Constantine — This article is reprinted from the Sacramento News and Review, originally published on November 25, 2004. Gratis: http://www.newsreview.com/sacramento/Content?oid=32471 Red light, green cash If you think the idea of a $351 ticket is harsh, try fighting one. Even when the law’s on your side, you’re bound to lose. By Gary Webb Nearly two years ago, Clarksburg real-estate consultant John Alvin Bohl walked into the Carol Miller Justice Center to fight a traffic ticket. Having never challenged the People of California in court before, Bohl, a short, rotund man with thick glasses, was nervous. He also was in agony. He’d woken up that morning with an abscessed tooth, which was causing him “splitting, splitting pain,” but efforts to reach his dentist had failed. His jaw throbbing, Bohl suffered silently as traffic Commissioner Raoul Thorbourne worked his way through the crowded docket. One after another of Bohl’s fellow motorists trooped before the judge and attempted to plead their cases. “My father always said that the president could be corrupted, and the Legislature could be corrupted, but there was one place that John Q. Public always had a chance of getting a fair deal, and that was the legal system,” the 60-year-old Vietnam veteran recalled. “He used to say that over and over.” But what Bohl was witnessing hardly seemed fair to him; it looked like an assembly line. The judge barely listened to the motorists’ arguments, pronounced them all guilty and quickly trundled them off to the fines room. “All right,” the judge announced. “Then I have the matter of John Bohl.” The trial began. California Highway Patrol (CHP) officer John McCurry was sworn in and launched into the testimony he’d given hundreds of times before. This was a red-light-camera case. He’d been trained in red-light-camera technology by a company called Affiliated Computer Services (ACS), which had sold the city and county of Sacramento their red-light-camera systems. McCurry had taken a two-day course from ACS and passed a written test. He explained briefly how the camera system worked, showed Bohl three photos taken of him allegedly running a red light on Martin Luther King Boulevard and asked that they be introduced into evidence. “All right,” the judge said. “Any objection, Mr. Bohl, to the photographs being made part of the record here?” “Actually, I do, your honor,” Bohl replied. “This is hearsay evidence. I don’t believe the officer who testified has any personal direct knowledge.” The judge paused and then said he’d rule on that later.

Like everyone else who’d gotten a red-light ticket that day, the motorist was found guilty and sent to the fines room. McCurry gathered up his binders and briefcase and headed into the sunshine. “I honestly don’t have a problem with people defending themselves,” he said, as he walked through the courthouse parking lot to his car. “They have a right to do it. That guy, though …” McCurry smiled and shook his head. “I’ve heard every single one of those arguments a hundred times. And they never work.” McCurry, like many traffic cops, believes the cameras reduce accidents caused by red-light runners, and it’s difficult to argue that point. In study after study (most of them funded by the insurance industry), red-light accidents went down after cameras went up. But there are other studies that are cited less frequently. In 2002, San Diego hired a traffic engineering firm and a university professor to look at accidents at the intersections where the city had installed its controversial cameras. Sure enough, the number of car wrecks attributed to red-light running dropped by 60 percent. Unfortunately, rear-end collisions skyrocketed 140 percent, due in large part to drivers making last-minute panic stops to avoid a ticket. Studies in North Carolina and Australia found the same thing happening there. “If rear-end crashes do not decline,” the San Diego study said, “then the validity of the traffic safety justification should be questioned.” A similar study of Sacramento’s intersections has never been undertaken, according to county traffic officials, who say Sheriff Blanas has never asked for one. Given Blanas’ position as a national advocate for red-light systems, that might seem like an odd oversight. But Blanas isn’t a neutral observer. John Bohl, a Clarksburg real-estate consultant, spent two years fighting a red-light ticket and eventually won his case on appeal. But the victory didn’t temper his view of traffic court. “It’s totally corrupt,” he said. Photo By Larry Dalton He helps direct a self-described “advocacy group” called the National Campaign to Stop Red Light Running. That organization aggressively promotes the sale of red-light-camera systems, which might be expected since it was founded and financed by ACS– specifically, its State and Local Solutions branch, which sells red-light cameras to government agencies. The ACS executive in charge of that division is former CHP Commissioner Maurice Hannigan. 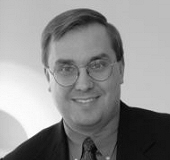 Chris Galm, a senior associate of the “conservative,” Reagan/Bush-affiliated Blakey & Agnew PR firm Chris Galm, an executive with a Washington, D.C., public-relations firm that ACS pays to run the red-light campaign, said Blanas was asked to join the campaign’s National Advisory Board “because he’s been such an advocate of red-light cameras.” As a board member, Galm said, Blanas “basically provides us our direction for the campaign.” Blanas did not respond to questions about his role with the group. In 2002, with Blanas’ name on the inside cover, the campaign issued a slick 44-page promotional brochure extolling the virtues and infallibility of red-light systems and offering hints on how to respond to citizen complaints about them. Increased rear-end collisions? Nothing to worry about. “That isn’t surprising,” the brochure sniffed. “The more people stop on red, the more rear end collisions there will be … this appears to be a temporary effect.” Blanas’ group touted red-light systems as “violator-funded” moneymakers but warned that some might accuse the government of profiteering. The best way to “overcome the perception that the program is simply a revenue generator for the jurisdiction,” the brochure advises, “is to dedicate all or a portion of income to traffic safety, rather than the general fund.”