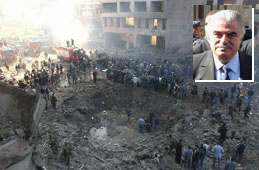 FedEx (an artificial limb of the CIA ((part 22)) boasts publicly that it is closely aligned with the government and military, and FedEx was permitted to ship arms and stun batons, etc., to Syria, Iran and the Balkans – and yet the Bush administration constantly accuses Syria of smuggling arms to Lebanon. Syria, however, has sought UN assistance to curtail the smuggling. The Financial Times reported on September 14, 2006 that EU ministers met to “discuss a request from Syria for Italy and Germany to provide technical support to help curtail weapons smuggling across its border with Lebanon. The request, which first arose from recent contacts between Bashar al-Assad, the Syrian president, and Kofi Annan, the UN secretary-general, appears designed to show Damascus is taking seriously its commitment to tighten border controls under the UN-brokered truce between Israel and the Islamic militant group Hizbollah, according to western diplomats.”164 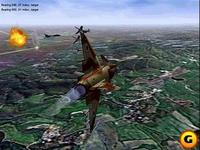 Israel has made an issue of the arms smuggling and routinely overflies the Syrian border “in search of arms smugglers,” a provocation that has justified bombing by the Israelis. Syria has consistently denied the accusation.165

The CIA & the Harari Assassination 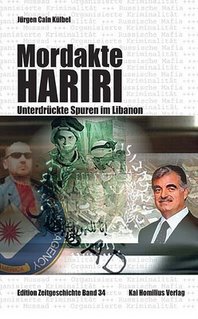 German-born investigative reporter Jürgen Cain Külbel, author of The Hariri Murder Case (published in German and Arabic), holds a degree in criminology. His investigation of the murder of former Lebanese Prime Minister Rafik Hariri concludes that the CIA and MOSSAD arranged it toward further destabilization of the region. 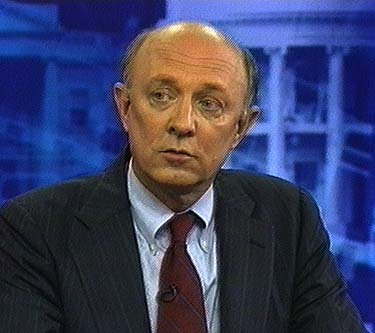 In a recent interview, Külbel expained that in 2003, “when the emperors from the other side of the Atlantic started the war against Iraq together with their Anglo-Saxon paladins, the war criminals soon noticed that they had overstretched themselves: Iraq’s pacification didn’t happen, the domino effect to liquidate pan-Arabism by toppling other autocracies and dictatorships alongside, which would have led to the balkanization of an Arabia that would have been more easily controllable, exploitable, and would then have permitted Israel to have hegemony, didn’t happen as well. Exasperated the younger Bush reached into the political hamster box of potential cadre and dragged out the ice cold Afro-American Condoleeza Rice, making her the Secretary of State. Since then RICE SUPPORTS AND FINANCES “RESISTANCE MOVEMENTS” OPENLY OR IN SECRET … in the former states of the Soviet Union and the Middle East, to force America-friendly regime changes. Support is also flowing into regions that are located in strategic proximity to planned pipeline routes.” FInances and logistics 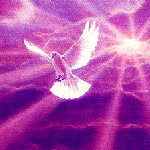 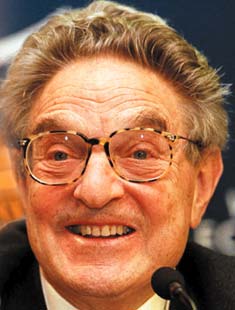 Since the arrival of Rice, the world audience has been able to ‘enjoy’ [some] short-lived, “democratic” fruit and vegetable revolutions: Oranges in the Ukraine, velvet in Georgia, tulips in Kyrgyzstan, and in spring of 2005, the Cedar revolt, unleashed after the assassination of Lebanon’s former prime minister Rafik Hariri. This one was spear headed by the Druze king Walid Jumblat, mass-murderer in the Lebanese civil war. 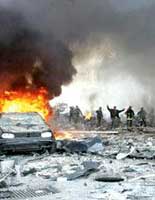 Immediately after the assassination, Külbel had a gut feeling that it was “a premeditated and criminal act, just like the intentional and criminal and, as of today, unpunished act of faking and fabricating ‘proof’ by the Americans and their lackeys – WHITE COLLAR CRIMINALS on the highest political level – that legitimized the international attack on Iraq – contrary to international law – in the spring of 2003. In both cases it is my opinion that they were initial deceptions by perpetrators who, although they pretend to represent the United Nations and to be modern harbingers of democracy, while, however, in truth, they only want to be would-be enslavers of our globe or are working towards this goal.”

The official Mehlis Report (named for Detlev MEHLIS, chief commissioner of the UN murder investigation) has all the credibility of the Warren Report. 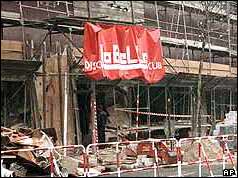 It was Mehlis who blamed Libya for the bombing of the La Belle discotheque in Berlin in 1986. The bombing of Tripoli and Benghazi, then sanctions, followed. “Oddly enough, the first thought that the Libyans could be behind this came from the target himself, the owner of the West Berlin discotheque *La Belle.* which was mostly visited by BLACK U.S. soldiers…. How far this man was involved in the DRUG DEALING trade or how much he was tangled up in the *ARMS DEALING* business, as some witnesses claimed, and therefore could become the pinball for certain services, was never investigated.” 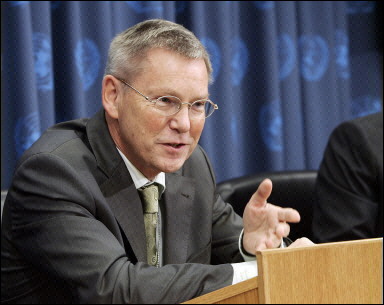 And who is Mehlis? Külbel cites London political scientist Nafeez Mosaddeq Ahmed: “As a Berlin public prosecutor, Mehlis inadvertently but consistently HUSHED UP the dubious interests the U.S., Israeli and German SECRET SERVICES in the terrorist attack of 1986. Evidence was falsified, “suspicious facts [were] selective and politically motivated against the suspects, without any objective material body of evidence, while at the same time he ignored and protected a group of suspects with documented connections to WESTERN SECRET SERVICES.”166

Previous Article
Adnan Khashoggi, the Moscow Apartment Bombings and the Rise of Putin
Next Article
The Lexington Comair Crash: PART 23 – Return of the Bluegrass Conspiracy – The Prince, THE FOURTH PASSENGER & the Mockingbird

The Lexington Comair Crash: PART 23 – Return of the Bluegrass Conspiracy – The Prince, THE FOURTH PASSENGER & the Mockingbird
Nov 24