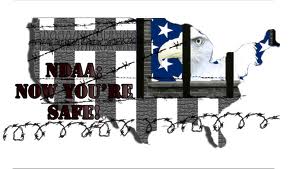 Last Wednesday, the Las Vegas City Council approved the resolution, five to two. It now heads to the Clark County Commission. If passed, the measure will mark the first joint city/county rejection of NDAA provisions.

The 2012 NDAA was overwhelmingly passed by Congress and signed into law by President Obama on December 31, 2011. It declares the United States to be a battlefield in the war on terror. Sections 1021 and 1022 authorize indefinite military detention, without charge or trial, of American citizens, violating at least 23 articles and amendments to both the U.S. and Nevada constitutions.

Daphne Lee, PANDA’s Clark County chapter director, says that she is “grateful to the honorable Council members for supporting our efforts,” especially “Councilman Beers for helping me introduce this resolution to the board, and Mayor Goodman for her amazing vocal support for the rights of all persons in Nevada.” The Las Vegas action, Lee said, is expected to inspire the passage of other local anti-NDAA resolutions.

Christopher Corbett, PANDA’s Nevada team leader, said “this is an important first victory in the fight to restore and protect civil liberties in Nevada.”

A similar resolution is under consideration in northern Nevada. The  Washoe County Commission and Reno City Council have both agreed to consider the indefinite detention issue within the next 30 days. State Senator Don Gustavson has drafted a bill to be weighed in the next 2013 Nevada legislative session. The Nevada Liberty Preservation Act (SB378),) has 16 bipartisan cosponsors.