L.A. Times: The Obama Administration’s Attacks on the Media

” … It is one thing to protect information that might put Americans in danger or undermine national security; it is another to bring cases against whistle-blowers and others who divulge information to spur debate and raise questions about public policy. … “

Cases brought against journalists who ferreted out confidential information appear to have little to do with protecting national security interests. 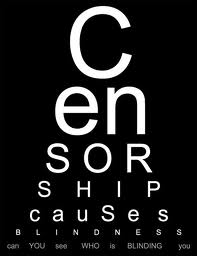 It is a popular conservative myth to suggest that the “mainstream media” is a liberal lapdog to the Obama administration, that reporters favor the president and that he returns the admiration. In fact, this administration has pursued a quiet but malicious campaign against the news media and their sources, more aggressively attacking those who ferret out confidential information than even the George W. Bush administration did.

James Risen of the New York Times has been ordered to testify about sources for his 2006 book, “State of War: The Secret History of the CIA and the Bush Administration.” (Risen, a former Los Angeles Times reporter, is fighting that subpoena.) A former National Security Agency official has been indicted for allegedly supplying material to the Baltimore Sun, and for obstructing justice when he allegedly destroyed information related to those contacts. A former FBI official was prosecuted for leaking to a blogger. And now, the administration is accusing the WikiLeaks website of causing vague harm to American interests and operatives by posting classified material.

It is understandable that the administration has secrets and wants to keep them. But this campaign to flush out sources has the feel of chest-thumping and intimidation. It is one thing to protect information that might put Americans in danger or undermine national security; it is another to bring cases against whistle-blowers and others who divulge information to spur debate and raise questions about public policy.

Take the case of Thomas Drake, the former NSA official who is accused of leaking to the Baltimore Sun. The paper reported extensively on technical problems with an NSA program that Drake was involved with; that reporting embarrassed the government, which indicted the individual it says brought about that embarrassment. That smacks of retaliation, not legitimate protection of sensitive information. Similarly, Risen’s book is now four years old and details the problems of a bygone presidential administration. What purpose is served by prolonging the case against him? As for WikiLeaks, its disclosures contained little analysis of war policy but illuminated many of the challenges of the United States’ long war in Afghanistan, fueling a debate that the administration may not want but that is urgently in the nation’s interest to have.

“Our national security demands that the sort of conduct alleged here — violating the government’s trust by illegally retaining and disclosing classified information — be prosecuted and prosecuted vigorously,” the Justice Department stated when announcing the indictment of Drake. Fair enough, but the duties of a democratic government include embracing conflict and debate. Stifling information violates that trust far more profoundly than does whistle-blowing or shedding light on a war.