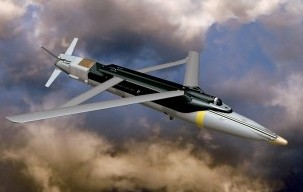 The cancer with the jaw-breaking name was featured in this writer’s Oct 30, 2010 article “D.I.M.E. BOMBS: Closer to Fallajua’s Puzzle.” Developed jointly by the Lawrence Livermore Nuclear Weapons Lab and the US Air Force Research Labs, the 250 lb class weapon, named the GBU 39, delivers a perfect and phenomenal 100% cancer rate to its victims.

For the weapons inventors who patented the device it was a real victory; for the two wealthy weapons research labs, it was like the Holy Grail of Christ. The scientific write up, or Abstract, is included in the “D.I.M.E. BOMBS” article as well as below in Sources and Notes.

Early in the 1950s the American spy agency, the CIA, adopted an assassination policy. The spy agency was created in 1947 and is sometimes known as the CHAOS Agency. The American government has tried repeatedly to kill Venezuela’s democratically elected President Hugo Chavez in often spectacular and well publicized screw-ups.

The exact same cancer causing agent that the Weapons Labs discovered could have been secretly fed to Chavez by a CIA spy. “Coincidences” happen in children’s fairy tales and are for dull, childlike, gullible adults. In fact, three South American Presidents have contracted cancer recently. All are troublesome for the US. Draw your own conclusions.

Notice the deployable “wings” on this bomb that flies. The deadly device can fly up to 40 nm, 46 miles, or 64 km [all the same distance] before it engages the target.

It seems the Air Force Research Lab was brought in because they did not want their fighter/bomber pilots anywhere close to this thing when it detonated and did its cancer trick. Flying away at 1000 mph, 1600 kmh, from this awful cancer bomb sounds about right. The wings give the deadly GBU 39 bomb highly desirable capabilities as a “Standoff weapon.” Grunts on the ground, as always, don’t count.

The Japanese Prime Minister’s special investigations committee discovered the crucial Emergency Generators on the four trashed, leaking reactors were the “wrong voltage” and would never have worked in a million years, no matter what.[Emphasis added.]

Without Emergency Generators, loss of regular electricity feeds means the white hot reactor cores start evaporating all the water immediately and then melting down in hours. The big generators were the wrong voltage for the 600 Volt pump motors.

“The icing on the cake, the General Electric engines require a voltage of 600 volts that the emergency generators were unable to deliver”.

The cause of the proximate murder of most, if not all, humans on Earth is a complicated tale of corruption and sabotage by more than one person surrounding the brutal meltdowns and explosions of three devastated and highly radioactive reactors at Fukushima Daiichi.

Forget the over-hyped M8.3 Earthquake and the subsequent deadly tsunami; they are distractions for the simple minded.

It is an open joke and a term of extreme contempt that, in Japan, politicians and other professional liars for hire say “Smiling people do not get radiation poisoning.” Note: This stuff gets ever more bizarre as the politicians try and fail to explain away the terrifying practical genocides of the always firing and wildly out of control nuclear reactors.

The eternally brain dead President of MTSU stated in a prepared release that only four (4) isotopes were announced by Hillary’s State Department in the far away Never-Never Land of Washington, D.C., and posed no problems. He trusted Hillary. Why? All the moronic President of Middle Tennessee State had to do was drop in for coffee at Tennessee’s own Oak Ridge Nuclear Weapons Lab just 153 miles away.

There the delusional college president could have a chat with nuke weapons designers and physicists. Their latest published number is 1,946, up from 1400 deadly isotopes that are made by atomic bombs and all atomic reactors, alike. Atomic reactors are just greatly SLOWED down atomic bombs.

Due to “National Security” issues and cowardly lies from the political Suits, MacPhee can talk with many other knowledgeable professionals to learn the tiny Isotopic Death Messengers are all over the Northern and Southern Hemispheres. But, for whatever reason, he chose to talk to Never-Never Land delusional political Suits in DC. The Dodo is, therefore, an accomplice to Premeditated Murder. As the Old El Paso Salsa ad used to jokingly say “Get a rope.”

The people who should know these kinds of things say nuclear radiation kills the youngest first. As predicted, Normal Live Births are declining around the world since the Japan Radioactive Contagion spread throughout the Northern Hemisphere within days of 3-11-11.

Spontaneous and therapeutic abortions are climbing as are horribly deformed and mangled lumps of protoplasm; fetuses, that were once supposed to be cherished little babies. However, once set in motion, the Radioactive Contagion is unstoppable and now affects all humans, animals and plants on earth.

Even spiders spin radioactive thread. There is no end in sight for the illness and death directly caused by the people who design, finance, build, operate and maintain the nuclear killing machine. Truly, atomic reactors are merely giant Stationary Nuclear Weapons; perfect for killing and maiming lots of people.

India, with a 2010 population of 1.15 Billion people, has a plummeting Total Fertility Rate (TFR.) The subcontinent’s TFR dropped an astonishing 19% over the last 10 years. The TFR in the big state of Punjab plunged 28%. Nine Indian states dropped more than 20%.

That big a drop in the TFR in such a short time is unprecedented and bodes ill for all of humanity. The radioactive smoke from hundreds of thousands of tons of American uranium based munitions used in the Central Asian Wars started the Indian society’s decline and fall. Fukushima’s radioactive particles and aerosols’ impact on failing Indian fertility is expected to be devastating.

Months ago, a trusted calculation showed 429 radioactive Fukushima particles for every person on Earth. In an Extinction Level Event the number of normal births go down and number of deaths go up; that is just how it works. Pretty messy with lots of pus and blood; but, the calculations are simple, elegant and straightforward. That’s genocidal death in all its bitter simplicity.

Where does all this sickness and death end? That’s a good question. I’m sure all the smart mealy-mouth philosophers, politicians and learned societies will continue to lie like the paid stooges they are, till the money runs out.

If you really want to know ask the level headed geoscientists, physicists and mathematicians, at least they can count.

That is all it really takes and you will see we (all humans) are on the wrong end of the atomic gun barrel. Admittedly, extinction is a hard concept to wrap your head around. The thing is, it is a done deal. Our “Bargaining Time” is over.

For you Vets, all over the world, in all countries, this is our last mission; let’s make it count.

All the pro-nuke apologists, frontmen and traitorous women in the world don’t change one data point of the horrifying reality; no matter how hard and often they try to “future-tense” the current and ongoing Extinction Level Event. Truth is, it has already happened and all the pro-nukers are to blame. The politically correct apologists who say nukes can be managed are disgusting and in it for the money. Trials anyone? Then, we can Hang them all. Yea, all legal like.

In the meantime, I’d love to see those Rad spewing Fukushima reactors put under the Pacific Ocean by subsidence bombing. It’s an old idea, Ed Teller, former Director of the Livermore Nuclear Weapons Lab promoted nuclear harbors in Alaska 50 years ago. Next, the nuke countries can use their nuclear powered submarines to pick up the 10,000 tons of Fukushima’s old, hot reactor cores.

All things have a time and the Nuclear Harbors time is now. Let’s dump the reactors into the brand new Fukushima Harbor. The surface of the water is the only thing radiation cannot escape from; that’s why all reactors on earth “temporarily store” partially used, lethally radioactive reactor cores under water.

After more than 450 days, it is time for those responsible for the sabotage that killed us all to do a perp walk right to the hangman’s gallows at the brand new Fukushima Harbor. Y’know, where the trashed, radioactive particle spewing reactors used to be.

Dan Rather, about 3.5 million Google and Yahoo hits each, Mr Rather is widely known. Google: “Dan Rather” + news Dan Rather exclusive: The health of Venezuelan President Hugo Chavez is “dire” http://www.sfbg.com/bruce/2012/05/30/dan-rather-exclusive-health-venezuelan-president-hugo-chavez-dire

Thank you for your e-mail and for your concerns regarding the health and welfare of our students and faculty participating in an upcoming educational and humanitarian trip to Fukushima, Japan. I can assure you that the safety and well-being of our students is the first priority on any educational trip we take – whether that is going to Washington, DC or Fukushima, Japan. As such, considerable planning and due diligence was done to assure that all involved would not be placed in any situation deemed dangerous or unhealthy.

Prior to our trip, Dr. David Schmidt, Vice Provost for International Affairs, reviewed all available information on the areas to be visited and consulted with colleagues in and near the affected areas. He gathered information from both the U.S. State Department and the American Embassy in Tokyo, Japan, both of whom have listed areas where travel is not advisable or allowed. After receiving an e-mail from Aparna Bakhle, I asked that we confirm that the information we had received was accurate and with the help of Congresswoman Diane Black’s office, we reconfirmed the earlier information regarding travel in the area. As a result, I can assure you that at no time while engaged in program-related activities will students be in areas where the U.S. government recommends its citizens avoid travel.

If you would like to review the information yourself, it is updated regularly and can be found on the following web sites:

Additionally, much of the literature and information that is being cited which discusses the impact of radiation, speaks to the effects of long-term, chronic exposure, often years. As part of our humanitarian and educational experience, those participating in the trip will only be in the affected Fukushima region for only a brief period of time (1-2 days). All of their time will be spent in areas away from the reactors. But as I noted earlier, at no time will our student be within the 20 km buffer area and will not be exposed to any identified hazards.

We certainly appreciate your concerns and take them very seriously. However, we have, as recently as this afternoon (June 1) reviewed all available information from both the United States and Japanese governments and find no reason for extraordinary caution. I have asked Dr. Schmidt to continually monitor the situation and should circumstances dictate, we will immediately remove our travel group from the region. 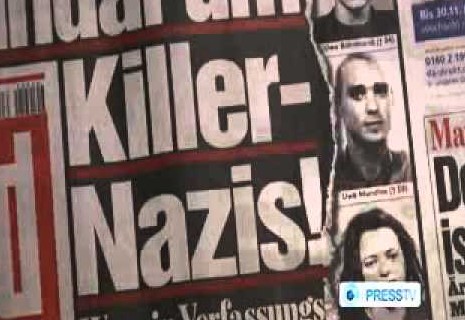