Re the public lynching of Julian Assange: I trimmed this story down (full version here) because it makes a circuitous chain of facile connections to conclude that Julian Assange is a CIA operative. I don’t believe that running for his life from a cult as a child constitutes a “connection,” as some have claimed. Assange “appears to be affilated” wth a mind conrol cult? Practically in diapers, before he learned the alpahbet tenuously linked to him, HE FLED THE CULT.  This is not an “affiliation.” Expanding on the cult’s intelligence ties doesn’t make it one. And a conversation that Assange had with an Australian intelligence officer about the cult or anything else does not constitute “intelligence ties,” either. There may be solid reasons to malign the integrity of Julian Assange. I haven’t heard one yet.   Mind-reading tripe is not actual journalism: “ … His name is Julian Assange.  His face stares out at you with a look of contemptuous superiority.  He is smarter than you, better than you   … ”  I should disregard mass murder and torture by US forces  in Iraq because Assange thinks he’s smarter than me?  This is backstair gossip. Armchair psychologist and Holocaust revisionist Jonah Goldberg thinks the WikiLeaks spokesman is “paranoid.” He also thinks that the Nazi Party was a mustering of touchy-feelie liberals … One common criticism on the Net observes that the latest round of documents from WikiLeaks portray Iran as intercessionist, in line with CIA propaganda. I hate to break it to these critics, but Iran IS a strict theocracy. It waged a war with Iraq that featured the mutual bombing of cities. And Iran DOES stick its nose into Middle Eastern affairs, just as the CIA does. (There has long been enmity between Tehran and the Taliban, but the world of arms trading is treacherous.  State Department release: “Since at least 2006, Iran has arranged arms shipments to select Taliban members, including small arms and associated ammunition, rocket propelled grenades, mortar rounds, 107mm rockets, and plastic explosives. Iran’s Qods Force provided training to the Taliban in Afghanistan on small unit tactics, small arms, explosives, and indirect fire weapons. … ” ) Documentation existed before the WikiLeaks release, so it was only supplemental. The consequences have been enormous. Bradley Manning, the accused source of the last round of leaks, faces a possible life sentence. Assange has been slopped with mud from all sides, falsely charged with rape in headlines around the world, harassed by US officials, publicly accused of endangering lives in a war zone, fears reprisals – and Liz Cheney gave him a good tongue-lashing. He’s been thoroughky shellacked for bringing American crimes to the world’s attention.   As for “paranoia”:

” … Assange said his group now devotes 70 percent of its resources to defending itself from attacks against its collaborators and its financial infrastructure, which he said were ‘mostly by the U.S. military and U.S. intelligence.’ … “  (AP)

And he’s a CIA mole? Doubtful. Obama, Gates and their fellow war criminals are spitting all over themselves.  What is being done about the ATROCITIES that WikiLeaks has documented?  Maybe America’s miltary-industrial thugs should be held to account, too … – Alex Constantine 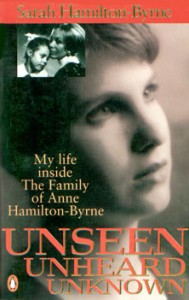 Julian Assange was born in 1971 in Townsville, Queensland, Australia. Reportedly, Julian, together with his mother Claire and his half-brother, spent his childhood fleeing the father of Julian’s half-brother. That father was a member of a cult, called The Family, run by a Anne-Hamilton Byrne.  Anne-Hamilton Byrne ran her ‘child-kidnapping cult’ on the outskirts of Melbourne. “Byrne dyed the stolen children’s hair blonde and fed them LSD.” (Julian Assange of WikiLeaks: Destroyer of Worlds) “The San­ti­nike­tan Park Asso­ci­a­tion of Anne Hamilton-Byrne con­di­tioned chil­dren with drugs, sen­sory depri­va­tion, sleep depri­va­tion, tor­ture and rit­ual sex­ual abuse in order to pro­duce sub­jects who bent to the will of the group’s leader.” (Wiki of the Damned) “Assange claims that Aus­tralian intel­li­gence has advised him, and there is an appar­ent link between Aus­tralian intel­li­gence and the cult.” (Wiki of the Damned)  …
“Among those on the receiv­ing end of the cult’s ser­vices was Lord Casey, for­mer Governor-General of Aus­tralia and the min­is­ter in charge of over­see­ing the Aus­tralian intel­li­gence ser­vice, with which Assange claims to be connected.” (Wiki of the Damned) “Another indi­ca­tion of seri­ous insti­tu­tional sup­port for the cult con­cerns the par­tic­i­pa­tion in their activ­i­ties of Ronald Con­way. One of Australia’s most promi­nent Catholic intel­lec­tu­als, Con­way appears to have engaged in molesta­tion of chil­dren placed in his care.” (Wiki of the Damned) Anne Hamilton-Byrne acquired fourteen infants and young children between about 1968 and 1975. Assange was born in 1971. (“Village of the Damned,” meet Julian Assange) Sarah Moore, a ‘daughter’ of Hamilton-Byrne, was a victim of the cult.

Previous Article
Scott Rasmussen, the RNC & the Religious Right
Next Article
The Intellectual Foundations of the Tea Party

The Intellectual Foundations of the Tea Party
Nov 05