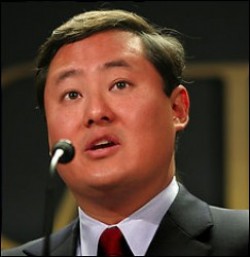 The decision issued late Friday by a judge in San Francisco allowing a civil lawsuit to go forward against a former Bush administration official, John C. Yoo, might seem like little more than the removal of a procedural roadblock. But lawyers for the man suing Mr. Yoo, Jose Padilla, say it provides substantive interpretation of constitutional issues for all detainees and could have a broad impact.

Mr. Padilla was held as an “enemy combatant” in solitary confinement for more than three years in the Navy brig in Charleston, S.C. Mr. Padilla, who was convicted of supporting terrorism and other crimes, demands that Mr. Yoo be held accountable for actions that Mr. Padilla claims led to his being tortured.

During the time Mr. Padilla was held in the brig, according to his filings in the case, he “suffered gross physical and psychological abuse at the hands of federal officials as part off a systematic program of abusive interrogation intended to break down Mr. Padilla’s humanity and his will to live.”

In the 42-page ruling, Judge Jeffrey S. White of Federal District Court in San Francisco characterized the conflict as one that embodies the tension “between the requirements of war and the defense of the very freedoms that war seeks to protect.”

Mr. Yoo, as part of a senior administrative group called the War Council, helped to shape Bush administration policy in the war on terrorism, and as deputy attorney general in the Office of Legal Counsel from 2001 to 2003, wrote many memorandums authorizing harsh treatment. Mr. Yoo had argued that he should be immune from the suit because it was not clearly established that the treatment would be unconstitutional.

Judge White, who was appointed by President George W. Bush, rejected all but one of Mr. Yoo’s immunity claims and found that Mr. Padilla “has alleged sufficient facts to satisfy the requirement that Yoo set in motion a series of events that resulted in the deprivation of Padilla’s constitutional rights.”

Ms. Townsend said the decision “announced that fundamental protections against abuse apply to all individuals detained by the government” and established what federal officials should know about the limits of abuse. “That holding goes a long way to making sure that what happened to Mr. Padilla can never happen again,” she said.

Mr. Padilla and his mother, Estela Lebron, are seeking $1 in damages along with a declaration by the court that his treatment was unconstitutional.

As a former government official, Mr. Yoo is being represented by the Justice Department. Charles S. Miller, a department spokesman, said, “We’re reviewing the decision.”

Mr. Yoo, now a law professor at the University of California, Berkeley, did not respond to an e-mail message seeking comment, but in a column he wrote about the suit last year in The Wall Street Journal, he said, “The legal system should not be used as a bludgeon against individuals targeted by political activists to impose policy preferences they have failed to implement via the ballot box.”

Mr. Padilla, a Brooklyn-born convert to Islam, was arrested in June 2002 and initially charged with taking part in a plot by Al Qaeda to detonate a radioactive “dirty bomb” in the United States. After his time in the brig, the government tried him in Miami, and in 2007, he and two co-defendants were found guilty of conspiracy to murder, kidnap and maim people in a foreign country. Mr. Padilla was sentenced to more than 17 years in prison.