Call me names if you don’t comprehend this, but Brennan’s colleagues were instrumental in the actual 9/11 covert operation, as opposed to the “Islamo-fascist” farce passed off to the proletariat. As CIA director, he would have been ideally situated to sustain groomed public perceptions and generally advance an agenda that would endanger national security. As it is, the CIA poses an enormous national security threat, and holocaust “ethics” will rule so long as these unconscionable “games” are played. Abolishment of the CIA and prosecution of its heinous crimes are the only solution to cockroach rule. – Straight Talkin’ AC

John Brennan, chief executive officer of the Analysis Corp., [was] rumored to be a possible candidate for CIA director in the Obama administration, reports The Washington Post.

Brennan is a former top CIA official who helped establish the National Counterterrorism Center in 2004. He left the agency in 2005 to become CEO of Analysis Corp. …

Ironically, in March, an Analysis Corp. employee working at the State Department was accused of improperly accessing Barack Obama’s passport file. In a statement at the time, Analysis Corp. said, “We deeply regret that the incident occurred and believe it is an isolated incident.” …

He served as an advisor to the Obama campaign on national security and is the head of Obama’s intelligence transition team. …

… That “consultant,” is John O. Brennan, a veteran intelligence official who served as former CIA Director George Tenet’s right-hand man in both the Clinton and Bush administrations.” …

Brennan is the president and CEO of the national-security consulting firm The Analysis Corp., which is owned by an even larger spook-assistance firm called SFA Inc. — which last year was acquired by a British firm called the Global Strategies Group. …

John Hillen, an NR contributing editor, has been nominated by President Bush to be assistant secretary of state for political-military affairs. Hillen earned a Ph.D. at Oxford in international affairs, and a Bronze Star in the Persian Gulf War for his role in leading a cavalry unit that went into Iraq ahead of the main invasion force

In March 1999, John Hillen testified before the House of Representatives’ Committee on Armed Services. “It is well worth thinking now about how to handle an Iraq on the brink of developing nuclear weapons,” said Hillen, then a senior fellow at the Center for Strategic and International Studies. “A pre-emptive invasion of Iraq might then be our least-worst course of action.”

… Hillen is “one of the leading younger defense policy intellectuals in the Republican camp,” says Duke political scientist Peter Feaver. “If Bush were to win in 2004, you’d expect he would be positioned to take a post.”

“It’s possible, it’s possible,” admits Hillen, who says he has long aspired to become assistant secretary of defense. “I certainly intend to serve again in my career as a public servant.”

Clients that Skadden has represented in the CFIUS review process during the past several years include the following, among others …

A Global Securities Group Director was Behind the launch of ManTech

… Prior to GLOBAL, Ron was Senior Vice President, Strategy & Corporate Development, and a member of the Board of Directors for Gray Hawk Systems, Inc. Ron helped build and transform Gray Hawk as a national security technology company, until he initiated, led, developed, and closed the strategic sale of Gray Hawk Systems to ManTech (NASDAQ: MANT), helping them to launch ManTech into the counter-terrorism community ….

… Shortly after leaving government in 2005, Richard Armitage was recruited to the board of directors of ManTech International, a $1.7 billion corporation that does extensive work for the National Security Agency and other intelligence collection agencies. He’s also since advised two private equity funds with significant holdings in intelligence enterprises. Veritas Capital, where Armitage served as a senior adviser from 2005 to 2007, owns intelligence consultant McNeil Technologies Inc. and DynCorp International, an important security contractor in Iraq. For a time, Veritas also owned MZM, Inc., the CIA and defense intelligence contractor that was caught — before the Veritas acquisition — bribing former Republican Congressman Randy “Duke” Cunningham. … 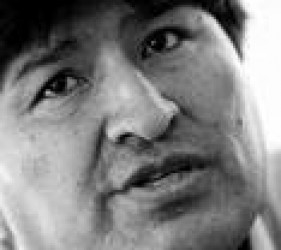 Re ManTech: Congressman Rick Renzi (R-AR), “one of House’s most vocal advocates for increased funding for the DHS, is the son of the ManTech executive vice-president Eugene Renzi. ManTech was charged with developing an information-sharing system which is called the US public and private partnership (US P3), which links public-sector agencies and private sector to “significantly strengthen the flow of real-time threat information to state, local, and private sector partners, and provides a platform for communities through the classified SECRET level to state offices. … “
http://alexconstantine.blogspot.com/2007/07/privatizing-leviathan-immigration-state.html

Jacques Gansler, former Under Secretary of Defense for Acquisition, Technology and Logistics, is the first holder of the Roger C. Lipitz Chair in Public Policy and Private Enterprise. As the third ranking civilian at the Pentagon from 1997 to 2001 …

Prior to his appointment, Dr. Gansler served as the Executive Vice President and Director for TASC Incorporated [a Litton subsidiary], an applied information technology company. He also served as Deputy Assistant Secretary of Defense (Material Acquisition); Assistant Director of Defense Research and Engineering (Electronics); Vice President of LT.T.; Program Manager at the Singer Corporation; and Engineering Manager for the Raytheon Corporation. …

At the turn of the century, researcher Nico Haupt contends, NGIT-LOGICON-TASC laid the groundwork for 9/11.

These, together with Raytheon and a number intelligence-related high-tech fronts, were instrumental in the 9/11 operation, Haupt maintains.

In bestowing power upon them, ChoicePoint is a critical element here, and CP is directed by Kenneth Langone, the Tricon/Yum! Brands (held by “The Path to 9/11” sponsor SAM) and former NY Stock Exchange director. (Yum! Brands began as Tricon Global Restaurants, Inc. an independent, publicly-traded company that spun-off from PepsiCo, the Tom Kean ((9/11 Commission)) haunt….)

JACK DEVINE – FOUNDING PARTNER AND PRESIDENT OF THE ARKIN GROUP LLC; MEMBER OF THE BOARD OF DIRECTORS, GLOBAL STRATEGIES GROUP (NORTH AMERICA) INC.

Jack Devine is a founding partner and President of The Arkin Group LLC, which specializes in international crisis management, strategic intelligence, investigative research and business problem solving. … He is a recognised expert in intelligence matters and has written Op-Ed articles for The Washington Post, The Financial Times and The Miami Herald. He has also made guest appearances on CBS, NBC, MSNBC, Fox News, as well as the History & Discovery channels, PBS & ABC Radio. … 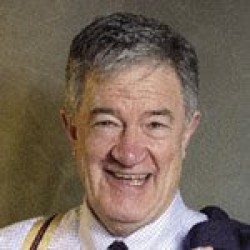 Jack Devine was stationed in Chile during the [Allendé] coup as part of the Agency’s Chile task force. He is now a crisis management consultant in New York with the firm The Arkin Group.

… Mr. Devine served as both Acting Director and Associate Director of CIA’s operations outside the United States from 1993-1995, where he had supervisory authority over thousands of CIA employees involved in sensitive missions throughout the world. From 1995 through 1998, Mr. Devine was the senior CIA representative in Great Britain at the U.S. Embassy in London. In addition, he served as Chief of the Latin American Division from 1992-1993 and was the principal manager of the CIA’s sensitive projects in Latin America.

Between 1990 and 1992, Mr. Devine headed the CIA’s Counternarcotics Center, which was responsible for coordinating and building close cooperation between all major U.S. and foreign law enforcement agencies in tracking worldwide narcotics and crime organisations. From 1985-1987, Mr. Devine headed the CIA’s Afghan Task Force, which successfully countered Soviet aggression in the region. In 1987, he was awarded the CIA’s Meritorious Officer Award for this accomplishment.

Mr. Devine’s international experience with the U.S. government included postings to the United Kingdom, Italy, Argentina, Venezuela, The Dominican Republic, Mexico and Chile. During his more than 30 years with the CIA, Mr. Devine was involved in organising, planning and executing countless sensitive projects in virtually all areas of intelligence, including analysis, operations, technology and management. …

DEVINE IS YET ANOTHER CIA PROPAGANDIST:

Davis is the author of The Obligation of Empire: United States’ Grand Strategy for a New Century. published by the University of Kentucky Press.