Ban on Mossad Book Is Overturned 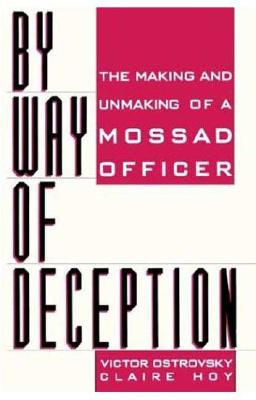 The Appellate Division of New York State Supreme Court, overturning a ruling made Wednesday by a State Supreme Court justice, lifted a ban on the United States publication of a book by a former member of Mossad, an Israeli intelligence service.

After a six-hour hearing, the four justices of the division ruled unanimously that a suit filed by the Israeli Government alleging that the book endangered lives was groundless, and that there was no justification for the temporary restraining order on the book's publication imposed by Justice Michael J. Dontzin.

Their one-page ruling said that Israel's ''claim that the safety of Israeli intelligence agents is endangered by defendants' further acts of publications and dissemination of the book has not been sufficiently supported.''

Explaining this ''heavy presumption,'' the justices alluded to the case fought and won by The New York Times against the United States Government to defend its right to publish the Pentagon Papers.

St. Martin's Press had already shipped 17,000 copies of ''By Way of Deception: A Devastating Insider's Portrait of the Mossad'' when Justice Dontzin's ban was imposed. John C. Lankenau, a lawyer for the publisher, said: ''We won. It's over. This is a complete victory for the free press.'' Speaking of the fact that Justice Dontzin's decision was made at 1 A.M. Wednesday, Mr. Lankenau said, ''A judge should not do these things in the middle of the night.''

Roy Gainsburg, the president of St. Martin's Press, said the company immediately resumed shipments of the book and was telling bookstores that sales could proceed.

The book was written by Victor Ostrovsky with a Canadian journalist, Claire Hoy. Mr. Ostrovsky, who was born in Canada and has dual Canadian and Israeli citizenship, has said he worked for Mossad from 1984-86. After what he considered to be a menacing visit by two Mossad agents to his Ottawa home last week, the author is in hiding in the Toronto area.

Jonathan Lerner, a lawyer at the New York law firm of Skadden, Arps, Slate, Meagher & Flom, which represented Israel, said he was considering an appeal against the decision. But he suggested this was unlikely because copies of the book are already in stores and pursuit of injunctive relief would now be ineffective.

''We are disappointed and we respectfully disagree with the decision,'' he said, adding that there was ''potential for harm, irreparable harm'' from the book.

The justices noted that the book had already been shipped when the Israeli action was brought. ''In view of the distribution of the book to approximately 1,500 wholesalers and to book reviewers of major media outlets, any grant of injunctive relief in this case would be ineffecive,'' they said.

An Ontario court, in a ruling on Sept. 7, blocked publication in Canada pending a hearing on Monday. The situation in Canada was not affected by the United States decision, Mr. Lankenau said. The Stoddart Publishing Company, which originally bought the book and sold the United States rights to St. Martin's, still plans to publish the book in Canada. Other foreign rights have not been sold, Stoddart said.

Skadden, Arps asked that the documents in the case be sealed, but the justices rejected this request. The Israeli Government's suit was thus made public for the first time.

It included an affidavit by Isser Harrel, the head of Mossad from 1952 to 1963. In it, he said that ''every person mentioned in this book, whether by name or by description, their families and all those that come into contact with such person over the years will be in a life-threatening situation.''

The suit said Mr. Ostrovsky was employed by Mossad from Dec. 30, 1984, to March 9, 1986. It added that he had signed a contract stating that ''an absolute prohibition is hereby issued on the publication of books, essays and articles and the like containing information that reached the employee by virtue of his position.''

Mr. Ostrovsky broke the contract by writing the book, the suit said, adding that this was an offense punishable by imprisonment in Israel. The book says Mossad is active in the United States and has 24 to 27 veteran field personnel in the country. It identifies several agents. It alleges that Mossad knew that terrorists were planning a major attack in Lebanon before 241 American servicemen were killed there in 1983 by a suicide bomber, but withheld the information in a bid to poison American relations with Arab countries.

The suit sought to draw parallels between the case of Mr. Ostrovsky and that of two former Central Intelligence Agency agents, Victor L. Marchetti and Frank W. Snepp, who also wrote books. After lawsuits brought by the Justice Department, both Mr. Marchetti and Mr. Snepp were ordered by courts to submit any future writings about the C.I.A. to the agency for pre-publication censorship Kate Martin, a lawyer for the American Civil Liberties Union, said of the Appellate Division decision, ''We are delighted and we hope that in the future judges will abide by the law and not issue such temporary restraining orders.'' Jonathan Tasini, the vice president of the National Writers Union, also expressed relief at the rapid overturning of the ban.