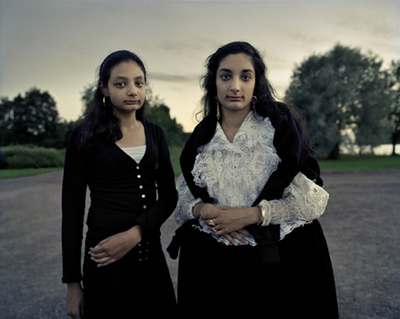 Some Hungarians resentful of their country’s large Roma minority want them forced to live in camps.

The leading far right Jobbik party has added its voice to others in Europe speaking out in favour of the French government’s Roma deportation policy.

Gabor Staudt, a candidate in upcoming local elections in Hungary, outlined what Jobbik calls public protection camps. He said: “This new institution would solve the lack of prison capacity.”

Staudt said he wanted to remind Hungary’s ruling centre-right Fidesz party that all the countries represented in the European People’s Party have “already realised these ideas in the 21st century; just let me mention Sarkozy in France, Berlusconi in Italy or an appropriate example in Finland.”

A Hungarian news agency cited a senior Jobbik figure as saying that attempts to integrate the Roma had failed and that segregation was the best tool to teach them to coexist with the majority.

The leader of Hungary’s opposition Socialist party, Attila Mesterhazy, countered: “We find what Jobbik says unacceptable. I hope they don’t want to shut Hungarian citizens up in concentration camps. The worst thing is that the Fidesz government has not distanced itself from Jobbik’s xenophobic platform. It should.”

Some analysts predict that Jobbik could rob Fidesz of a majority in local assemblies in the northeast of Hungary in next month’s elections.