What if the “psy-war” the young Kissinger was captivated by is still ongoing?

Before Richard Nixon appointed Henry Kissinger as his National Security Advisor and then Secretary of State, before Kissinger oversaw massive bombing campaigns in Cambodia and Laos, and well before Christopher Hitchens imagined putting him on trial for war crimes everywhere from East Timor to Chile, Henry Kissinger was an academic for two decades at Harvard University. An undergraduate in Harvard College in the Truman years, he received his Ph.D. from Harvard during the Eisenhower administration, and was a faculty member there through the Kennedy and Johnson administrations.

These years of Kissinger’s striving in Cambridge provide the core of Niall Ferguson’s recently published intellectual biography, Kissinger, 1923-1968: The Idealist. It is the first of two volumes and it deals with Kissinger’s first forty-five years, from his birth in Weimar Germany to the day President-elect Richard Nixon appointed him as his National Security Advisor. Against the commonplace conceptualization of Kissinger as the last master-practitioner of unsentimental Realpolitik diplomacy, Ferguson’s lingering attention to Kissinger’s scholarship produced during his years at Harvard allows him to reframe Kissinger as an intellectual who sought to use ideas to transform the world.

As Ferguson notes, in one of The Idealist’s most compelling discussions, Kissinger as a young scholar was captivated by the arts of pscyhological warfare, or “psy-war,” then in fashion. In the early Cold War, psy-war was part of “the new ‘great game,’” Ferguson writes, “and the best and the brightest from the Ivy League colleges thirsted to play it.” Psy-war derived from the wartime Office of Strategic Services and was later practiced with increasing sophistication by the OSS’s postwar successor, the Central Intelligence Agency. One proponent listed psy-war’s contents as “economic manipulation, incitement of riots, terror, diversionary diplomacy, sabotage, guerrilla and paramilitary actions, etc.”

In The Idealist, Ferguson provocatively suggests that Kissinger conceived of his legendary International Seminar at Harvard as itself a psy-war op. Indeed, Kissinger even asked the CIA’s deputy director for administration for funds to run the seminar. But, against the long-running criticism that Kissinger abused a haven of academic inquiry, Ferguson spends almost four pages dismissing as “trivial” the CIA’s funneled funding of Kissinger’s seminar. His argument is deceptive: he emphasizes that the amount of funds delivered was trivial, and leaves the impression that the ethical questions involved are consequently also trivial.

Ferguson also writes that Kissinger contacted the FBI when he found “ban the bomb” flyers in the mail, defending Kissinger thus: “it was certainly not imprudent in the midst of the ‘Red Scare’” to do so. Here Ferguson seems to confuse paranoia over communist subversion with actual communist subversion. He further obfuscates by adding, as justification for Kissinger’s action, that during the same year, 1953, the foreign policy expert on the Soviet Union George Kennan “judged it wise to seek J. Edgar Hoover’s permission before subscribing to Pravda.”

This is, to say the least, an indirect defense: finding “ban the bomb” flyers in the mail is hardly the same as subscribing to the Communist Party of the Soviet Union’s official organ; and putting the FBI on the scent of antinuclear activists is decidedly not the same as trying to preempt your becoming a target of the FBI. Though Ferguson doesn’t make it clear, the envelope Kissinger opened to find the flyer was not addressed to him. He had opened someone else’s mail. Whatever defense of Kissinger might be mounted, Ferguson doesn’t attempt it; he instead resorts to sleight of hand. 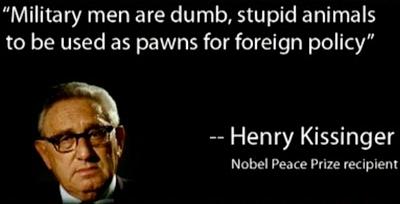 How did the intellectual passions that Ferguson traces in Kissinger the scholar translate into the actions of Kissinger the practitioner? Since Ferguson’s volume ends with Kissinger entering government, his accounting of Kissinger’s exercise of power remains largely to be seen. However, in his new Kissinger’s Shadow: The Long Reach of America’s Most Controversial Statesman, historian Greg Grandin interrogates precisely the real-world, and worldwide, consequences of Kissinger’s ideas once he’s in Nixon’s White House. Grandin particularly focuses on Kissinger’s role, by orchestrating the devastating bombing campaign in Cambodia, in the rise to power of Pol Pot and the Khmer Rouge. Aside from “the magnitude of cruelty or its body count,” the Cambodian bombing is a smoking gun for Grandin because the choice to carpet bomb derived from logic “the opposite of Machiavellian realism: it was executed to try to bring about a world Nixon and Kissinger believed they ought to live in—one in which they could, by the force of their material power, bend peasant-poor countries like Cambodia (and Laos and North Vietnam) to their will—rather than reflect the real world they did live in.”

For Grandin, Kissinger’s Cambodian campaign was something like the genesis of neoconservatism. Indeed, as both he and Ferguson are undoubtedly aware, there is a present-day significance to the publications of their very different books that is larger than historiographical concerns of so-called “Kissinger studies.” Ferguson is perhaps the most prominent intellectual proponent of a post-9/11 American empire, and Grandin has proven himself to be one of the American left’s most intelligent and indefatiguable anti-imperialists.

In The Idealist, Ferguson reflects on his past study of “that strange empire that dare not speak its name, the United States of America.” In the past, he has suggested that this empire is hampered by three deficits: those of financing, manpower, and attention. Ferguson now adds that studying Kissinger has led him “to realize my approach was unsubtle.” To solve his unsubtlety, he has added a fourth deficit, “the history deficit: the fact that key decision makers know almost nothing not just of other countries’ pasts but also of their own.” Ferguson suggests that the American imperialists don’t see anything wrong with their ignorance, and even worse, “they know just enough history to have confidence but not enough to have understanding. Like the official who assured me in early 2003 that the future of a post-Saddam Iraq would closely resemble that of post-Communist Poland, too many highly accomplished Americans simply do not appreciate the value, but also the danger, of historical analogy.”

Certainly one of those highly accomplished Americans is Henry Kissinger. In one particularly effective passage, Grandin problematizes precisely Kissinger’s deployment of historical analogy, relating the incident when, asked by a British interviewer if he felt responsibility for Pol Pot, Kissinger replied, “Absolutely. I feel just as responsible as you should feel for the Holocaust because you bombed Hamburg.” Grandin points out the senselessness of the comparison, beginning with its confusion of simple chronology.

But maybe Grandin is giving Kissinger too much credit, taking him too seriously: isn’t Kissinger here obviously not interested in logic but rather employing a little psy-war diversionary diplomacy? And, if we are to take Ferguson at his word, why does he accept as earnest his ignorant, ugly American in Mesopotamia, blithely analogizing about eastern Europe and the end of the Cold War? There’s no reason to presume that the official ingenuously invested intellectual value in the comparison; more likely, he was conducting his own psy-war op, doing his part to sell the war. But, then, there’s no reason to presume that Ferguson himself isn’t conducting psy-war in The Idealist, either. 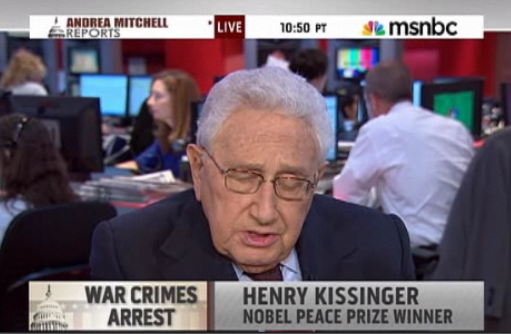 The Ivy League’s Favorite War Criminal: Why the Atrocities of Henry Kissinger Should be Mandatory Reading 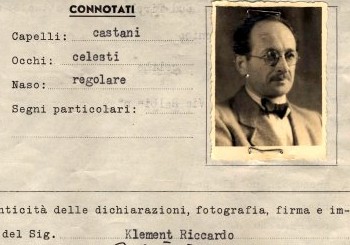