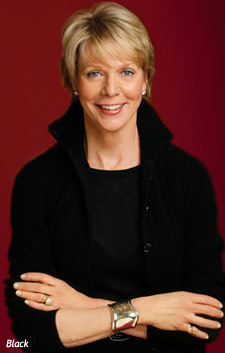 Hearst Magazines chairman and former president Cathleen Black announced that she is leaving her post at the publisher to serve as chancellor of New York City's Department of Education, replacing Joe Klein. Black is the biggest player to jump from the media business to public service in New York since her new boss, Michael Bloomberg, left the top spot at Bloomberg LP to become mayor in 2001.

Bloomberg stated: "Cathie Black is a superstar manager who has succeeded spectacularly in the private sector. She is brilliant, she is innovative, she is driven -- and there is virtually nobody who knows more about the needs of the 21st century workforce for which we need to prepare our kids."

Black served as president of Hearst Magazines from 1995-2010, but then moved to the chairman spot in June, when former Conde Nast group president David Carey was named president.

In some respects, her publishing career has prepared Black well for her new career in public service, but there's no question that NYC schools present challenges on a much greater scale. ...

" ... Her success with Ms. did not go unnoticed. The media mogul Rupert Murdoch soon asked her to return to the East Coast to work at New York magazine as an associate publisher. She agreed—with the stipulation that if she met her goals and turned the magazine around, she would be named publisher. In 1979, after working there for two years, Black was indeed named publisher of New York , making her the first woman to hold that title for a weekly consumer magazine.

"Black then moved to USA Today in 1984, where she would be credited with boosting the daily publication's circulation and making it profitable. She then headed the American Newspapers Publishers Association, where she worked mainly as a spokesperson and lobbyist. She expanded the lobbying program by increasing its budget sevenfold and merging six separate trade groups into one under the new name of the Newspaper Association of America. Noting her success with the job for which he had recruited her, the Hearst president and CEO Frank Bennack Jr. then asked Black to join Hearst as president of its magazine division. ... "

"In 1995 Black was hired to run Hearst Magazines. ... The move made Black the first woman president of the privately held family company that had been well known for its 'old boy network.' ... " http://www.referenceforbusiness.com/biography/A-E/Black-Cathleen-1944.html Murdoch and Bloomberg - "Perfect Symmetry"

Joe Klein Out in New York; Bloomberg Picks a Jet-Setter to Replace Him

"There is unfortunate symmetry to today's news that Joel Klein had resigned as New York City Schools Chancellor today to join Rupert Murdoch’s outfit, and that he was being succeeded by Cathie Black, chair of Hearst Magazines.Klein, who is becoming an executive vice president for News Corp., had taken the job as chancellor without any experience in education. ... "

Joe Klein is leaving the New York public school system because he perpetrated a testing fraud scandal - but then fraud is the chief product of News Corp.  Klein should fit in just fine at the House of Murdoch:

" ... Klein had worked as head of the publishing giant Bertelsmann and as a federal anti-trust prosecutor when he took the job as head of the 1.1 million student-system in 2002. (He had to get a waiver from the state government to take the job because he hadn’t been trained as a professional educator. Black will need one too). Accustomed to breaking up monopolies, he apparently viewed the public school system as a monopoly and he worked to bust it up — attacking teachers unions and pushing for the expansion of charters, publicly funded schools that are not part of the traditional school bureaucracy.

"It didn’t really work out so well for Klein.

"Though he and Bloomberg talk about the Klein tenure as a success, the chancellor did nothing to narrow the gaping achievement gap, and it was recently learned that standardized test score improvements that the mayor and the schools boss had touted for years were phony. State officials recently revealed that scores had been inflated, and thousands of parents who thought their children were performing on grade level learned that they weren’t. ... "

some really good posts on this internet site , regards for contribution.