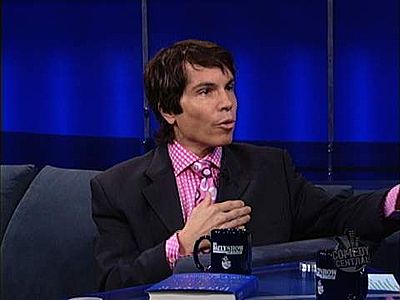 "Several well-informed people in Miami Beach have advised me that there is a concerted effort underway to destroy my professional reputation, and in particular to discredit my book Miami Babylon," author Gerald Posner wrote ominously on his website March 22. "Undoubtedly, the book's unvarnished and investigative history has earned its share of enemies."

That's what the South Beach-based author had to say after Miami New Times published eight passages from Frank Owen's 2003 work Clubland that Posner had lifted in a recently published volume about the city's history.

It's also total bullshit. So far at least, the only one burning down Posner's career is the author himself.

To wit: In the past week, doctoral student Gregory Gelembiuk and New Times — using special software and perusing texts — have come up with 16 brand-new instances of stolen prose by the author in Miami Babylon (as well as three formerly undisclosed examples from other work). We shared the thievery with Roy Peter Clark, a senior scholar and plagiarism expert at St. Petersburg's Poynter Institute.

"These look like obvious cases of plagiarism to me," Clark says. "The fact that Posner at times changes a word or two is not nearly enough to qualify as paraphrase."

New Times sent Posner an email detailing all of the new problems we found in Miami Babylon. He didn't respond to the email or to multiple phone messages.

Posner, on his blog, defends his earlier transgressions by arguing "there are degrees of plagiarism" and that his is less serious because he accidentally copied other people's work.

"Mine is not a case like Jayson Blair or Stephen Glass where there was either wholesale copying from others or in some instances fabrication," Posner wrote March 17. "Any sentences copied by me from published sources were never done with the hope or expectation I'd trick others and get away with it."

Posner, a San Francisco native and Berkeley grad, landed a job when he was just 23 years old with the blue-blood New York law firm Cravath, Swaine & Moore, according to his Simon & Schuster bio. By 1986, he had left to publish his first book, a biography of Nazi death doctor Josef Mengele.

Posner has been journalism royalty since 1993, when he made best-seller lists and was a Pulitzer finalist for his fifth book, Case Closed, which attempts to prove Oswald acted alone in killing JFK. Since Case Closed, Posner has added to his resumé six more nonfiction works on topics from 9-11 to Martin Luther King Jr.'s assassination.

Everything began unraveling this past February 5, when Slate's media columnist, Jack Shafer, nailed him for stealing seven sentences from the Miami Herald in a Daily Beast piece. Posner said he was "horrified," apologized, and promised it was "inadvertent."

That's when the doctoral student, Gelembiuk, became involved. He's an unlikely journalistic sleuth. A 48-year-old who studies zoology at the University of Wisconsin, he teaches biology and researches invasive species.

For years, Gelembiuk has been using a website called Turnitin.com to catch students who plagiarize. In his experience, Gelembiuk says, plagiarists "never do it just once." After reading Shafer's column, he didn't buy Posner's apology. So he ran a half-dozen of the author's Daily Beast stories through the plagiarism site — as well as through software called Viper and Copyscape — and quickly came up with 11 more lifted sentences in three other Beast stories. 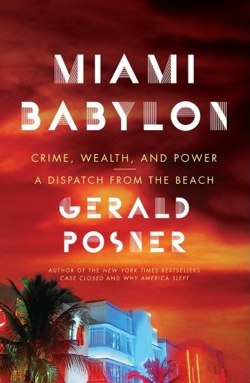 Shafer wrote another column, and on February 10, the Daily Beast accepted Posner's resignation. He again apologized, blaming the "warp speed of the Net" for his problems. He later explained he'd stolen only "the most mundane information." Shafer didn't buy it.

"You don't have to rob from Proust to qualify as a low-down plagiarist," Shafer wrote. "Even mundane information takes time and energy to collect and type up — sometimes more time and energy than it takes to toss off an original sonnet."

But even that excuse went out the window March 16, when New Times published Owen's discovery of eight stolen passages in Miami Babylon. Posner again admitted he stole them. But again he had a scapegoat: a new system of "trailing endnotes" that led him to undercredit Owen's work.

Now comes the new evidence turned up by New Times and Gelembiuk. For Miami Babylon, it seems Posner also borrowed from this publication, PBS, the Herald, Ocean Drive, and Men's Vogue. The pilfering seems to include both stand-alone sentences and longer passages.

Fourteen of the new problems were found by Gelembiuk, who purchased an ebook of Miami Babylon to run it through plagiarism software when Posner's second apology also rang hollow. In our own review, we found two passages that seem to be lifted from one New Times story.

Consider these two passages about developer Don Peebles from a 2003 New Times story and from Miami Babylon. Posner's passage is 27 words long; 22 of them come straight from the New Times story, including the unique phrase "relationship with Barry burned him."

In August 1995, however, Don's relationship with Barry burned him. The city council, in a rare move against Barry, balked at a $48 million plan to lease two office buildings from Peebles.

Or how about this prose in Miami Babylon about Beach pioneer Carl Fisher's founding of the Indy 500, which looks to be lifted straight from a David McCullough-narrated PBS documentary? Posner, as usual, does a little doctoring. This time, he has five original words out of 40. Almost 90 percent was stolen!

On Memorial Day 1911, the Brickyard was ready for a new kind of auto race — a one-day, 500-mile event with prizes amounting to $25,100. Eighty-seven thousand people paid a dollar apiece to watch the first Indianapolis 500. This time the track held.

On Memorial Day 1911, the "brickyard" was ready for a new Fisher extravaganza — a one-day, 500-mile event, with $25,100 in prizes. Eighty-seven thousand people paid a dollar each to watch the first Indianapolis 500. This time the track surface held.

Here's a doozy from the Herald archives. Notice the first sentence is lifted in full, without a single word changed.

Condo-hotel sales let a hotel pass most of its debt and operating costs onto unit owners while raising millions of dollars in cash up front. Although Schrager faced financial challenges in recent years — including a year in bankruptcy protection for a San Francisco hotel and a scramble to refinance about $355 million in debt partly secured by the Delano — he says his portfolio performs well enough to raise plenty of cash from lenders.

Condo-hotel sales let a hotel pass most of its debt and operating costs onto unit owners while raising millions of dollars in cash up front... Although Schrager had had financial challenges in recent years — including his San Francisco hotel, the Clift, in bankruptcy protection and a frantic scramble to refinance $355 million in debt — he claimed his portfolio was strong enough to raise the necessary cash.

Time and again, Posner takes others' words and passes them off as his own in Miami Babylon. Click here to see all 16 new thefts in full.

"I always said this was a battle for territory," says Tony Goldman. "As the good people push out the undesirables, the whole area comes back to life."

Posner correctly attributes the quote to a 1987 Miami Herald story. Unfortunately, Tony Goldman — a major character in Babylon — didn't say it. Instead, a developer named Pieter Bakker did.

Or consider this quote on page 96 from tough guy John Roberts, taken from a 2005 New Times preview of the movie Cocaine Cowboys. Roberts is talking about Pittsburgh Steelers players snorting coke at his house during Super Bowl week in 1979. Here's Posner's passage:

They partied and they really partied hard. I mean, you have no idea what these guys would go through. I'm saying, "You guys are going to go out tomorrow and play football?"

The problem: the New Times version didn't include the word tomorrow. So was it another "inadvertent" mistake? Or was Posner trying to make the quote juicier by changing it to imply the Steelers were snorting up the night before playing?

Again, on our website, we've collected six other instances of apparently altered or misattributed quotes that Gelembiuk rounded up.

Taken as a whole, the new evidence presented here is the most damning yet that Posner isn't a victim of "warp speed" Internet, "trailing endnotes," or a conspiracy.