"... Deal's troubles with ethics, money and honesty make him completely unfit to run this state. ..." 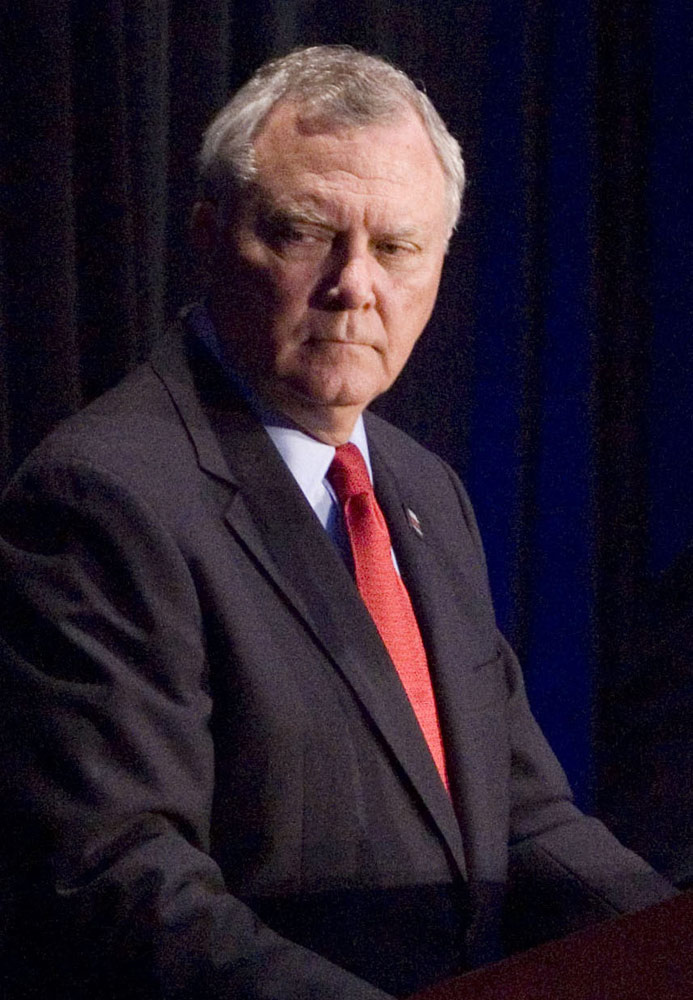 I can't get over the governor's race. A few weeks ago, I used this space to lament over our choices as Georgia voters. For the next leader of our state, we're stuck with either a former governor who we previously tossed out of office, a fringe third party candidate or a career politician with so much ethical baggage that his campaign has been hemorrhaging scandals for weeks. It seems like every day, a new embarrassing detail spills from Nathan Deal's camp.

First, there was Deal's Auto Salvage business scandal, which notoriously landed him on the Citizens for Responsibility and Ethics in Washington's list of the "15 Most Corrupt Members of Congress." ... According to the CREW report, which heavily relied on investigative journalism by Atlanta Journal-Constitution reporters, Deal and a member of his staff intervened in the state budgeting process to preserve a lucrative, $300,000 per year no-bid state contract for the salvage business Deal co-owned in Gainesville. Deal's intervention was successful and it came after the state department of revenue commissioner sought to save taxpayers' money by reforming the state's vehicle inspection program and opening up the competitive bidding process.

The CREW report stated, "By using his position as a member of Congress to interfere in a matter of Georgia policy to protect his personal financial interests -- against the interest of the state of Georgia as expressed by the state's Commissioner of the Department of Revenue -- and by attempting to conceal those efforts, Rep. Deal undisputably has acted in a manner that brings discredit to the House."

Deal's explanation (from the AJC): he claims to have been acting on behalf of his constituents: his business partner and the "fellows who work in [his salvage business] office." The Office of Congressional Ethics recommended that the House Ethics Committee investigate Deal's actions, but the Congressman resigned before an investigation could take place, to "focus on the gubernatorial race."

Despite the scandal, Deal managed to win the Republican nomination for governor, thanks in large part to the support he received from a large portion of the state Republican power structure, including our Congressman Lynn Westmorland and a significant number of the members of his party currently serving in the General Assembly, including Ronnie Chance (but not Matt Ramsey).

Since Deal beat Karen Handel in the August runoff (by just 2,500 votes), things have gotten considerably worse. First, his opponent Roy Barnes ran a series of television ads asking "Why isn't Nathan Deal releasing his tax records?" Earlier this month, we found out why.

On Sep. 15, Alan Judd at the AJC reported that Deal faces such dire financial troubles that he must sell his home to avert foreclosure or bankruptcy.

"Even if Deal liquidates all his assets, however, he still might be unable to repay a nearly $2.3 million business loan... [which] comes due in full Feb. 1 - less than one month after Deal hopes to take office," Judd reported. The source of the bad debt: Deal poured the money into the failed high-end sporting goods store his daughter and son-in-law started in Habersham County. Deal's name was left off of his son-in-law's 2009 bankruptcy filing, although experts say Deal should have been listed as a creditor. A few days later, it was revealed that Deal's son-in-law previously declared bankruptcy in 2001.

Almost immediately after Deal's personal financial distress hit the front pages, the Associated Press reported that Deal and a business partner are on the hook for another $2.85 million in loans for their auto salvage business. Deal failed to report that loan on the required state financial disclosure form.

There's the off-the-books land purchase agreement with Deal's former Chief of Staff. Next came the airplane scandal, which the AJC broke over the weekend. Deal has spent over $130,000 for aviation services during the course of the campaign by contracting through a company partially owned by himself, a business partner. His campaign manager is the pilot. State ethics laws bar candidates from using campaign money for personal benefit. His opponent, Barnes, has spent less than $20,000 on aviation.

Deal's troubles with ethics, money and honesty make him completely unfit to run this state. Unlike Barnes, he has balked at pledging to keep his assets in a blind trust while serving as governor. Yet, Deal still has a very good shot at being elected. Even though (like Barnes) he started his career as a moderate Democrat, Deal is currently a Republican. He has been since he switched during his second congressional term back in 1995. And unfortunately for us, being a Republican might be all Deal needs to win the most important job in the state. What a shame.

Alverson, a Fayetteville native and a former Naval Officer, is the editor of this newspaper.