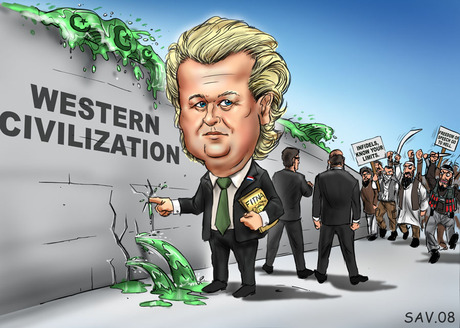 Freedom Party MP James Sharpe resigned his seat in the Dutch parliament on Thursday in the latest setback for the Islamophobic outfit.

Two days earlier it had come to light that Mr Sharpe was boss of the Hungarian telecom company Digitania when it received a record fine for misleading customers in 2008.

And Dutch newspapers had published reports that Mr Sharpe had been suspended from the Athletics Association for six months for pushing a spiked running shoe in the face of a fellow athlete on Wednesday.

A former girlfriend has also alleged that he subjected her to physical and mental abuse.

Another Freedom Party (PVV) MP, Eric Lucassen, has faced pressure to resign since reporters dug up a 2002 conviction for engaging in sexual relations with a subordinate when he was in the army. He was also fined twice for public order offences.

The scandals engulfing the PVV – which increased its representation from nine to 24 members after parliamentary elections in June – threaten to bring down Prime Minister Mark Rutte’s right-wing administration. 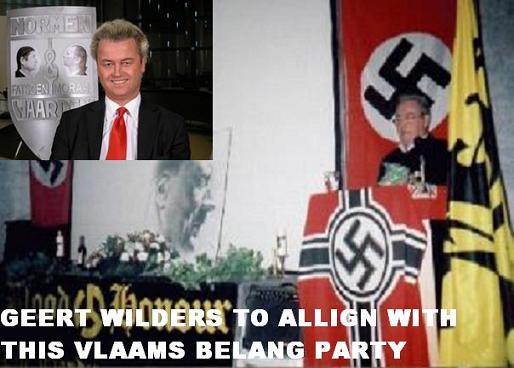 Amsterdam – Seven members of the new Dutch parliament, including five from the far-right People’s Party for Freedom (PVV), have criminal records, according to a survey conducted by a local news channel, it was reported Friday.

Their convictions reportedly range from fraud and drunk driving to sex offences over the last decade.

PVV leader Geert Wilders was Friday quoted by the ANP news agency as saying he was ‘totally sick’ of the media focus on MPs from his party and would no longer comment on individual cases.

‘This digging around in the past of PVV MPs is beginning to seem like a vulgar witch-hunt,’ Wilders said.

‘… of course I will deal with it if PVV MPs have made mistakes, but the media can go in the freezer for the moment. I want a return to normality and will not react on every incident,’ he said.

Van Bemmel has a 2006 conviction for fraud, for forging freight documents, and a drunk driving conviction dating back to 2000, the daily De Volkskrant reported.

The MP, who has been stripped of some of his duties by Wilders, reportedly said he had not gone public about his past crimes because ‘it was a private issue’.

According to the RTL-Nieuws survey, Lucassen was convicted of illicit sexual acts with a subordinate when he was an army instructor.

Brinkman has a 2001 conviction for drunk driving, according to ANP.

According to reports, Sharpe found guilty in 2008 of fraud involving text messaging services, while Hernandez is currently facing charges of assault.