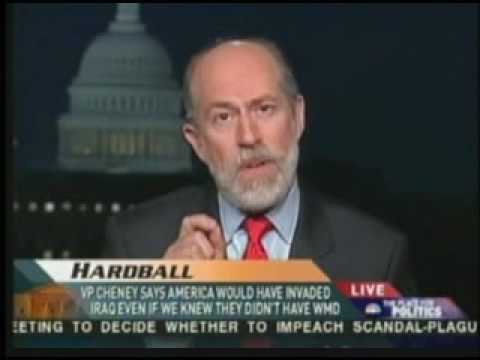 Last month, the Clarion Fund announced a new advisory board "to help steer the editorial composition of the company’s productions, and assist in ongoing marketing and distribution efforts." The board includes the Center for Security Policy's Frank Gaffney, who is spearheading efforts to pressure Congress to investigate the supposed threat of shari'ah law, and who has been frozen out of the Conservative Political Action Conference because, a Muslim board member of the American Conservative Union says, he is a "crazy bigot."

But while CPAC appears to have shunned Gaffney, the Clarion Fund lauds the credentials of his new advisory board. In a statement, the organization's founder Raphael Shore said, "Our advisory board members are highly respected experts in issues of national security, terrorism, Islamic culture and foreign affairs" who "have all been sounding the alarms for years on the very real dangers posed to America by radical Islam."

"The impressive backgrounds of our advisory board members demonstrate the credibility of Clarion’s documentary filmmaking efforts over the past 5 years," Shore's statement added.

The Clarion Fund, which produced the three Islamophobic documentaries Relentless, Obsession, and The Third Jihad, will soon release its latest film, Iranium, which promises to fear monger about the threat of a nuclear Iran and pressure the US for military action.

Just before the holidays, Shore, who has produced all the films, sent out fundraising emails reminding supporters of how his organization brought its previous films to "millions of households worldwide. The films have educated politicians, media, and activists on the threats that radical Islam poses to our way of life." During the 2008 presidential campaign, the Clarion Fund made headlines when it launched a campaign to insert copies of Obsession into Sunday newspapers in battleground states. Think Progress recently reported that the group planned for its anti-Islam campaign to be "something pleasing to the eye, edgy, hip and fun!"

Obsession, which compares "radical Islam" to Nazism, was widely condemned by Jewish leaders and others in 2008. Rabbi Jack Moline of Agudas Achim Congregation, a Conservative synagogue in Alexandria, Virginia, called it "the protocols of the learned elders of Saudi Arabia," when I interviewed him for a story I wrote two years ago.

In that story, I reported on how the Clarion Fund was founded by officials with the ultra-orthodox Jewish group Aish HaTorah, although Ronn Torossian, the group's spokesperson, denied official involvement. (Torossian represents other right-wing religious individuals and organizations; after the Washington Post hired Christian right lawyer-activist Jordan Sekulow as a blogger last month, Politico's Ben Smith reported that Torossian, a "frequent Gawker target," repeatedly pitched reporters with Sekulow's implausible expertise in a wide variety of subjects.)

Despite those denials, the Aish-Clarion ties were unmistakable in my 2008 reporting:

In addition to being available on DVD, Iranium will be shown in limited release in theaters starting February 8, and will be screened on Capitol Hill in conjunction with a Heritage Foundation event on February 1, according Shore's fundraising email. "Several notable Congressmen and Senators," Shore added, "have pledged their support to the film’s distribution efforts." Perhaps Gaffney is not so much of a conservative pariah after all.

Profile of GOP War Monger Bruce Jackson, the “Nexus Between the Defense Industry & the Neocons”