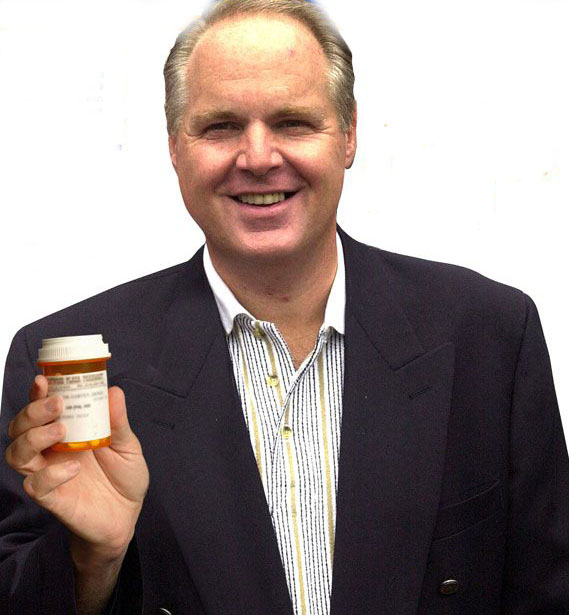 Rush Limbaugh, the self-proclaimed mastermind of the "global warming is a hoax" denier's movement, has come up with a new personal best for a neurotic, paranoid, asinine, absurd, and down right ludicrous conspiracy theory: that environmentalists covertly and purposefully blew up the Deep Horizon oil rig in the Gulf of Mexico.

Why would they intentionally blow up an oil rig, causing a gazillion barrels of oil to spill into the ocean and jeopardize marine life, sea birds, fragile salt-water estuaries, coral reefs, pristine coastal beaches, Florida tourism, and the commercial fishing industry?

Here's the farcical answer in Limbaugh's own words:

Michael Brown, the former infamous Director of FEMA under the Bush administration, who was praised by Bush as doing a "Heck of a job" during Katrina, also propagated a conspiracy, but his finger-of-blame was pointed at President Obama.

On May 3, Brown told Chris Mathews on MSNBC that President Obama "is only just now appearing to be engaged," and implied that Obama intentionally allowed the leak to worsen before getting involved.

"This (oil spill) is exactly what they want," said Brown, "because now he [President Obama] can pander to the environmentalists and say, 'I'm going to shut it down, because it's too dangerous' and, their number one rule is to not waste a good crisis." 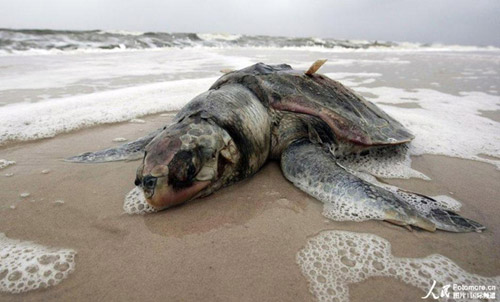 Brown had the audacity to say the Gulf Coast oil disaster might turn out to be "Obama's Katrina." Overlooking the obvious fact that Katrina was predicted well in advance by those pesky weather satellites and FEMA, under his colossally inept direction, had plenty of notice to prepare for the hurricane. Brown had the continued impudence to accuse the president of waiting for "ten days" before taking action. This politically motivated, false, and self-righteous proclamation was made by the man who delayed action during Katrina resulting in the deaths of 1400 people.

Fox News carried on the conspiracy theory and the campaign to misdirect anger toward the Obama administration from the real culprit: British Petroleum.

As a guest on Fox News, former Bush Secretary Dana Perino, spoke out of two sides of her face, when she vowed not to introduce a conspiracy theory, then she proceeded to engage in conspiracy speculation by pondering if the spill was deliberate and raising the question of possible sabotage.

Not to be out done, Fox's Eric Bolling said on the Steve Doocy show, "the question is did they let this thing leak? I mean, I know BP said 1,000 barrels a day went to 5,000. Did they let it leak a little bit and say, "boy I don't know." I mean, the conspiracy theorists would say, maybe they let it leak for a while and then they address the issue."

May 4, Glenn Beck responded to Don Imas on his show after Imas expressed disbelief that Obama intentionally delayed his response to the oil spill, "are you sure?", asked Beck.

Regardless of the massive damage caused by millions of gallons of oil covering the ocean surface and seeping onto shorelines, it is rare to find a Republican, who thinks offshore drilling is unsafe and should be reconsidered.

Louisiana's Mary Landrieu (R-LA), a major benefactor of campaign funds from BP, claims she is not a handmaiden to oil, but insists that efforts to explore for more offshore drilling should continue in spite of the Deep Horizon tragedy, which killed 11 people and caused what some predict may be a worse oil spill disaster than the Exxon Valdez.

Sarah Palin is defending her stand of "drill for more and drill now" by saying it is a matter of national security. Although, a recent pole conducted by VoteVets.org showed that 73% of Iraq and Afghanistan veterans support clean energy and climate change legislation and that 70% believe ending our dependence on foreign oil is critical to our national security, but continued drilling is not the answer.

Sadly, the radical ultra-right can always be depended upon to unleash the flying monkeys of delusion and insanity for ratings and political gain. Oil corporations spend millions of dollars on lobbying, because they know there is a segment of the conservative population with a tea bagger mentality that wants to hear the crazy talk.

The more extreme, false, and shameless the accusations-the better they seem to like it.