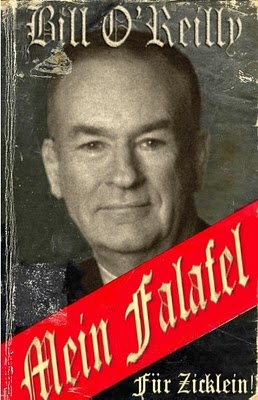 Most of you are aware, and most likely have been for a while, that under the guise of "news" Fox has offered its viewers a steady stream of bias pertaining to social and political issues since its inception in 1996. From attacking Black America to pushing for war with Iran, from demonizing bloggers to distorting environmental issues, theirs is quite a record of achievement in propagating propaganda that is neither fair nor balanced.

Today we have a surprise (well at least it surprised all of us at BNF). Thanks to the terrific work of the News Hounds, we bring you Fox and ole' Billy O'Reilly attacking decency. Yes, you read that right. The self-righteous, pompous, bloviators who deign to lecture on how we should behave in our personal lives, are in fact exploiting women, pandering to the lowest common denominator and pushing smut out on the airwaves on a daily basis!

Watch the video. And this will definitely raise your hackles. YOU ARE PAYING FOR THIS! Yes, you read that right too. So watch the video and pass it along to as many on your email list as possible. We simply must let the FCC know we are mad as hell about having their smut in our homes and being forced to pay for it. And we're simply not going to take it anymore.

Court Documents: Bill O'Reilly Beat His Wife in Front of His Daughter