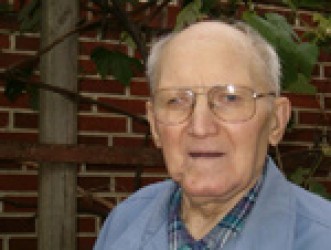 DES MOINES, Iowa (AP) - A Des Moines man whose citizenship was revoked because he served as a Nazi concentration camp guard during World War II has died.

John Hansl died Friday of congestive heart failure at a local nursing home. He was 82.

The US Justice Department filed a complaint in 2003 to revoke Hansl's citizenship claiming he did not qualify for a visa to come to the U.S.

Hansl immigrated to America in 1955. He was granted citizenship in 1960. His wife and children became citizens the following year.

A federal judge in Des Moines revoked Hansl's citizenship in 2005. A federal appeals court in St. Louis upheld that ruling and the US Supreme Court refused to hear the case last fall.

That decision meant the government could begin proceedings to deport Hansl, who lived in Des Moines for more than 40 years.

His daughter, Anne Marie Hansl, says her father was in a Des Moines nursing home and spent much of his final days sleeping.

She says the court battle took its toll on her father's failing health.

[Note: The quislings at the Institute for Historical Review offer a link to the original defense fund web site for the late concentration camp guard, "John Hansl, His Case, and the Campaign for His Freedom" (sic):