The Seed, planted by the DuPont-Sembler-Latvala School of behavior modification, grew into a family tree of incarnations following the discreditation and closure of Straight, Inc., including Pathway Family Center, the Drug Free America Foundation, Operation Par and finally the WestCare Foundation. These organizations operated under the rubric of the Therapeutic Communities of America (TCA), chaired by WestCare's Richard Steinberg (who missed Flight 5191 and lived to attend Andrews' wake).

WestCare is a faith-based reorganization of The Seed, Straight, Inc. and their scandal-ridden successors.

At the WestCare Foundation in Florida, where Arnold Andrews worked, you find:

• Virginia Rowell, a WestCare director, manager of Social Services in St. Petersburg. At the July 12, 2005 Board of County Commissioners meeting, Ms. Rowell was nominated to the Social Action Funding Committee by Pinellas County Commissioner SUSAN LATVALA (the Semblers' right-hand woman and Operation Par director), and the motion was approved by the board.252 Rowell is a member of the Defense Department's Advisory Committee on Women in the Services, director of the Pinellas Board County License Board for Childrens' Centers and the local Homeless Policy Group.253

• Chief Clinical Officer Robert L. Neri was, like the late Arnold Andrews, an executive vice president at Operation Par. Neri has over 20 years of experience in the health care field, and has been responsible for the design and oversight of nonprofit substance abuse treatment providers in West Central Florida. Neri is past chairman of the "Standards and Ethics Committee" for TCA, and has been a registered evaluator of the Counseling and Credentialing Board of TCA since 1978. He has been a member of the

Certification Board for Addiction Professionals of Florida since 1989. Neri has provided expert testimony to a U.S. Senate subcommittee on drug abuse and is a training consultant for the Florida Department of Corrections.254

Kuwait, according to "well-informed sources" (a charge denied by the Kuwaiti government, which made arrests after the slayings) in October 2002: "Sledd was fatally shot by two al-Qaeda-trained Kuwaiti gunmen Tuesday during an urban assault training exercise on heavily-guarded Failaka Island, ten miles east of Kuwait City in the Persian Gulf. A second Marine was wounded. ... 'He was determined to be a Marine when he graduated' in 2000 with his twin brother, Mike, said their aunt, Iris Figueroa. Tony Sledd joined the Marine Corps two years ago, and Mike followed at his brother's urging a year later. Figueroa, who teaches at Gaither ... spoke for them after Sledd's father told her 'his son doesn't only belong to the family, but he belongs to the country, the country he loved so much.' A small U.S. flag fluttered on the mailbox. ..."255 On December 17, Lebanon's Daily Star reported that the Kuwaiti court rejected the al Qaeda claim, noting that the testimony had been "extracted under torture."256 Sledd is co-founder, with Dr. Jean LaCour, of Bush's Access to Recovery voucher program (favored by Charles Currie at SAMHSA under H&HS Secretary Tommy Thompson; part 32), of the NET Training Institute.257 According to its web site, "NET Training Institute provides training in counseling, addiction, prevention and recovery support ministry using sound curriculum that is both faith-based and knowledge-based."258

• Askia Muhammad Aquil – "He came into this world Otha Favors," the Tampa Tribune reports, named for his father. "From the late 1960s through the mid-1970s, they called him a black militant, a drug kingpin, an agitator. He founded the Black Youth for Peace and Power, organized boycotts, protested police harassment." The FBI watched him, "local police arrested him, although he never was convicted." The St. Petersburg activist "doesn't deny his colorful past, but he says it has little to do with the man he is today." In 1976, "he cast aside his Christian upbringing and embraced Islam. Three years later, Otha Favors was gone forever when he adopted the Muslim name."259 Aquil is the executive director of Neighborhood Housing Services (NHS) in St. Petersburg – a faith-based group that has received generous funding from Governor Jeb Bush – much of it misappropriated – while other social service groups in Florida languish with starvation-level funding, according to the St. Petersburg Times.260 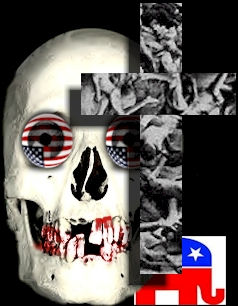 Exactly how much misery have the CIA-Republicans - plus some of the wealthiest and most powerful Democrats - behind a commuter jet crash in eastern Kentucky inflicted on the world? 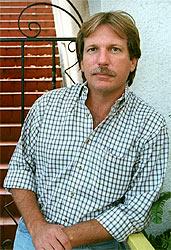 There have been untold casualties. Some are known ... "GARY WEBB WAS INVESTIGATING ACS [Affiliated Computer Services, the core of the Guantanamo torture scandal, employer of Comair casualty Fenton Dawson – cf. parts 1-5] and contract fraud in CA when he committed suicide on Dec. 10," Internet journalist Wayne Madsen wrote in a December 2004 e-mail to the Daily Kos web site.261

There is particle-physics momentum to the corruption that began with Caroline Hunt's ES&S ...

Madsen: "The more the Bushes fire additional government insiders, the more stuff is leaked to me about this election fraud. This smoking gun is...the election voting machine companies (all run by extreme right-wing [Dominionist], 'End Timers') conspired with the homeland security and other database firms – all conveniently located in FL, OH, and TX – to rig the vote.... Not only this last election but several previous ones were 'fixed' by a dangerous group of right-wing [Dominionists] who dominate the election machine industry and various GOP Secretary of State and congressional offices. They (known as 'The Fellowship') have been planning this coup for a very long time but now that their 'man' is in the White House they are not about to leave through a fair electoral process." 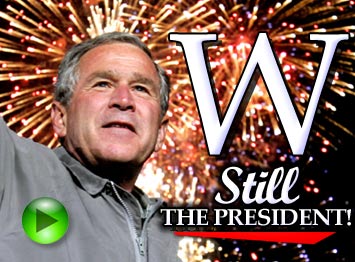 That electoral corruption has led directly to mass "faith-based" infiltration of the national social services apparat by the CIA DuPont-Sembler mind control spin-offs, the Robert Wood Johnson Foundation, the WestCare Foundation, and a host other unsavories – all feeding at the public ecumenical- and corporate-welfare trough.

Steve McElravy, the Ananda Marga devotee, hired into the Bush administration under the faith-based initiative at Health & Human Services. The Robert Wood Johnson Foundation has been instrumental in shaping anti-tobacco policy at H&HS.262 And the Foundation's interests are far from altruistic, as the "smoking rights" Clearing the Air web site notes: "ALZA, a wholly owned subsidiary of Johnson & Johnson [have] developed products have provided therapy for millions of patients throughout the world ... including transdermal (D-TRANS), which has found applications in many widely used pharmaceutical products, such as NicoDerm CQ (nicotine) via site-specific targeting."

J & J bought up Alza in 2001. "RWJF financial holdings include but not limited to 80,499,208 and 86,853,208 shares of Johnson & Johnson Common Stock in 2003 and 2002, respectively. This information is found on page eight of 2004 financials for Robert Wood Johnson Foundation. At today's Johnson & Johnson price per share 67.36, that's just a shade over $5.4 billion dollars. ... Since the 1998 election cycle, employees of the pharmaceutical and health product industry, their family members and industry political action committees have given $133 million in campaign contributions to candidates running for federal and state offices."

The financial manipulation is epitomized by a handsome $160,000.00 grant from Nicoderm to the New Jersey Department of Health and Senior Services.264

Under the banner of a subsidiary, McNeil Consumer Products, Johnson & Johnson markets the Nicotrol nicotine patch and nicotine inhaler. RWJF, J&J's controlling sharehold, began the massive funding of tobacco control in the U.S. in 1991 – the same year the FDA granted approval to the nicotine patch.265 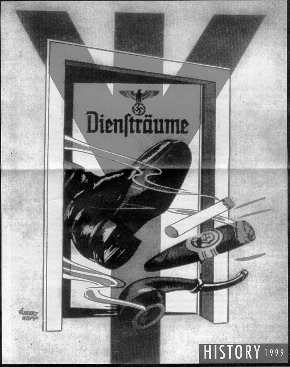 Oddly enough, all of this recalls the weirdly-uncharacteristic Nazi anti-smoking campaign. George Davey Smith, a professor at the Department of Social Medicine, University of Bristol, writes: "It may seem paradoxical that the robust identification of one of the most important environmental causes of disease of the 20th century occurred in a totalitarian state. The first case-control study of smoking and lung cancer originated in Nazi Germany in 1939 and found that heavy smoking was strongly related to the risk of lung cancer. Such research occurred against a backdrop of considerable official concern in Germany on the health damaging effects of smoking. Dr Leonard Conti, the Reich health führer, established the Bureau against the Dangers of Alcohol and Tobacco in 1939. In 1942, the Institute for the Struggle against the Dangers of Tobacco was established at the University of Jena, where a second case-control study of smoking and lung cancer was carried out.2 This was a convincing investigation in which the authors showed a sophisticated understanding of the potential biases that could distort epidemiological findings. The institute from which this study was run was supported by 100 000 reichsmark of Adolf Hitler's personal finances. ... 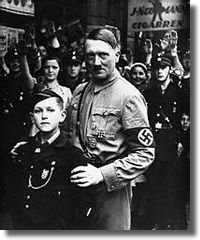 "The Hitler Youth and the League of German Girls disseminated antismoking propaganda, and in 1939 Hermann Göring issued a decree forbidding the military from smoking on the streets and during marches or brief off-duty periods. In 1942 the Federation of German Women launched a campaign against tobacco and alcohol misuse. Such campaigns were backed by legislation, and smoking was banned for both pupils and teachers in many schools. From July 1943, tobacco use was outlawed in public places for anyone aged less than 18 years. It was considered criminal negligence if drivers were involved in crashes while smoking. In 1944, smoking was banned on trains and buses in cities. It was also prohibited in many workplaces, public buildings, hospitals, and rest homes. The advertising of smoking products was strictly controlled, and there was discussion on whether people with smoking related illnesses should receive medical care equal to that of patients with illnesses not seen to be self inflicted. ... 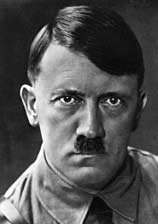 "Adolf Hitler was the star performer in antismoking propaganda. As one magazine stated, 'Brother national socialist, do you know that your Führer is against smoking and thinks that every German is responsible to the whole people for all his deeds and missions, and does not have the right to damage his body with drugs?' ... Promoting these lifestyles fitted in with the racial hygiene movement but also covered up the fact that health in Nazi Germany deteriorated."266

So it was that two of the deceased in Kentucky, Steve McElravy and Arnold Andrews, social service careerists with everything in common, were used to promote "hidden agendas." McElravy was a bohemian, Andrews a Cuban – both were expendable in a system run by rich thugs to whom eugenics (population

control, genocide) constitute acceptable national policy. It is safe to assume that both knew enough to hurt their superiors should the incoming Democratic legislature in DC begin to ask questions about Bush administration expenditures. 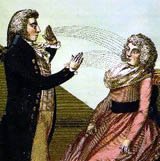 Such a public record would leave little to base faith in the Bush Syndicate upon, given its ecumenical ... ahhh ... perorations, and this may well explain why two dedicated *liberals* tied to SAMHSA and the GW Bush administration perished in flames.

With each step, you come closer to the inner-core of the OverClass cadré that ordered the downing of Comair Flight 5191. At the center of this group, the disaster's "chairman of the board," one figure emerges as the kingpin ... 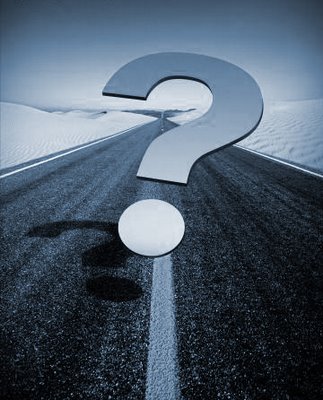 THE KINGPIN ... AND THE SEVENTH PASSENGER

" ... Osama al-Monawer, the defense lawyer, told the panel of three magistrates that the case deserved to be dismissed. 'The defendants were arrested and tortured. They confessed under duress and in the absence of a lawyer, which is illegal under the Kuwaiti Constitution,' Monawer said. He added that Fadhli had claimed '20 sticks were broken across his back' during the interrogation sessions. At the end of the hour-long hearing, the magistrates rejected the testimonies and ordered a public cross-examination of the accused. ... "

Ted Cruz: Friend to Fascists, Past and Present

ES&S Director Named President of the Boy Scouts of America

God, Pestilence & the Roots of Torture at Guantanamo