FDA approval of stevia (Rebaudioside A) expected by Nov 13

“The sweetener is already approved in several countries such as China, Japan, the former Soviet Union and South America and only in the last few weeks received approval in Australia and Switzerland.”

LONDON, Sept 17 (Reuters) — Malaysia-based sweetener group PureCircle expects U.S. approval for its natural no-calorie sweetener Reb-A within two months which will prompt Coca-Cola and PepsiCo to launch it in their drinks within days.

The London AIM-listed group expects the U.S. Food and Drug Administration (FDA) to approve the sweetener as Generally Recognised as Safe (GRAS) which will allow the natural sweetener to be launched across the U.S. food and beverage industry.

“We expect an FDA no-objection letter within two months. We don’t foresee any problems. Coke and PepsiCo are ready to launch products with Reb-A as soon as possible,” PureCircle’s Russian managing director Magomet Malsagov said in an interview.

Approval will allow the group to break into the lucrative U.S. market for high intensity sweeteners which accounts for 60 percent of the global $1.3 billion market for sugar substitutes such as NutraSweet, Sweet’N Low and Splenda.

The soft drinks industry dominated by Coca-Cola Co and PepsiCo Inc will be key for PureCircle, and PepsiCo said it will launch a new line of its SoBe Life drink with Reb-A, under the brand name PureVia, in Latin America where the sweetener is already cleared for use.

Rebaudioside A (Reb-A) is made from certain compounds in the leaves of stevia, a shrub native to Paraguay, and PureCircle is the world’s largest producer and distributor of what it says is the world’s first natural high intensity sweetener with 400 times the sweetness of sugar.

Reb-A is likely to compete with established artificial sweeteners such as saccharin, aspartame and sucralose, which are sold under brand names Sweet’N Low, NutraSweet and Splenda.

Tate & Lyle makes the sucralose sweetener Splenda which accounts for around one fifth of its group profits.

PureCircle shares were first listed on London’s junior stock market, the Alternative Investment Market (AIM), in December 2007 at 170 pence with a free float of over 30 percent. The shares close on Wednesday off 2 percent at 218p.

Malsagov says Reb-A could make inroads if consumers turn to natural alternative sweeteners with zero calories for a healthier diet, while the product has the advantage of being heat and pH stable for the food and drinks industry.

He says the group controls around 80 percent of the world crop of stevia, largely grown in Chinese plantations, but is expanding in countries such as Kenya, Uganda and Paraguay. It has an extraction plant in China and a refinery in Malaysia.

The sweetener is already approved in several countries such as China, Japan, the former Soviet Union and South America and only in the last few weeks received approval in Australia and Switzerland.

Malsagov believes after FDA approval, it will take the European Union some 6-12 months to approve the product.

End-user groups such as Merisant and Cargill made the applications to the FDA in May, and should receive answers within 180 days, meaning Merisant should hear by Nov 13 and Cargill by Nov 28, Malsagov said.

Whole Earth Sweetener Company is committed to providing natural alternatives to sugar and to helping people eat better and live healthier, more fulfilling lives. The company actively supports and is involved in simple and sustainable farming – the best method for promoting agriculture and protecting the environment and farm workers. Formed in 2006, Whole Earth Sweetener Company launched its first sweetener brand, Sweet Simplicity®, in 2007, and the company continues to develop a vertically integrated business that will bring products that are perfectly sweet and perfectly natural from the farm to consumers. Whole Earth Sweetener Company is a wholly owned subsidiary of Merisant Company, the maker of Equal® and Canderel® and a global leader in the manufacture, marketing and distribution of tabletop sweeteners with sales in over 90 countries.
For more information, visit www.WholeEarthSweetener.com 31 July 2008

http://groups.yahoo.com/group/aspartameNM/messages
group with 134 members, 1,557 posts in a public archive 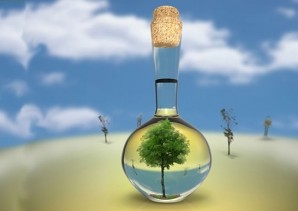