Some of America’s largest technology and telecoms companies, including Facebook, Microsoft and AT&T, are backing a network of self-styled “free-market thinktanks” promoting a radical rightwing agenda in states across the nation, according to a new report by a lobbying watchdog.

The Center for Media and Democracy asserts that the State Policy Network (SPN), an umbrella group of 64 thinktanks based in each of the 50 states, is acting as a largely beneath-the-radar lobbying machine for major corporations and rightwing donors.

The network’s $83.2m annual warchest comes from major donors. These include the Koch brothers, the energy tycoons who are a mainstay of Tea Party groups and climate change sceptics; the tobacco company Philip Morris and its parent company Altria Group; the food giant Kraft; and the multinational drugs company GlaxoSmithKline.

More surprisingly, backers also include Facebook and Microsoft, as well as the telecoms giants AT&T, Time Warner Cable and Verizon.

The CMD study uncovered a public document that listed SPN’s funders in 2010. They included: AT&T and Microsoft, which each donated up to $99,000; and Time Warner Cable and Verizon, which each contributed up to $24,000. In addition, Facebook, Microsoft and Time Warner each sponsored SPN’s most recent annual meeting in Oklahoma City in September.

Lisa Graves, the director of the Center for Media and Democracy, said it was “disappointing” that Facebook and the other technology and telecoms companies had “put their hat in the ring, given SPN’s extreme agenda that includes climate change denial, making it harder for Americans to vote, and attacking workers’ rights.” She called on the firms to “reconsider their support, as it is at odds with science and common sense.”

Tracie Sharp, the president of SPN, rebutted the charge that it operates as a rightwing lobbying network. In a statement, she said that the network was dedicated to providing “state-based, free-market thinktanks with the academic and management resources required to run a non-profit institution”. Each of its 64 member thinktanks were “fiercely independent, choosing to manage their staff, pick their own research topics and educate the public on those issues they deem most appropriate for their state.”

But she added that “every thinktank, however, rallies around a common belief: the power of free markets and free people to create a healthy, prosperous society.”

The State Policy Network operates a tech/telecom policy exchange in which it campaigns against taxes on internet shopping and against the regulatory activities of the Federal Communications Commission. Though much of that thinking could not reasonably be characterised as what the CMD report calls an “extreme rightwing agenda”, the tech and telecoms companies’ inclusion on the list of funders puts them alongside some strange bedfellows.

The Guardian invited the technology and telecoms companies to respond to the allegation that they have sponsored a network devoted to “extreme” rightwing causes, but most either declined to comment or had not responded by the time of publication.

In a statement, a spokesperson for Microsoft said: “As a large company, Microsoft has great interest in the many policy issues discussed across the country. We have a longstanding record of engaging with a broad assortment of groups on a bipartisan basis, both at the national and local level. In regard to State Policy Network, Microsoft has focused our participation on their technology policy work group because it is valuable forum to hear various perspectives about technology challenges and to share potential solutions.”

SPN works in parallel with the American Legislative Exchange Council, Alec, a forum that brings together largely Republican legislators and corporations to devise model bills that are used to attack workers’ rights in various US states.

The Koch brothers have donated directly to the network either personally or through corporate funds from Koch Industries and from family foundations. Two closely-related funds, the Donors Trust and Donors Capital Fund, described by Mother Jones as the “dark money ATM of the conservative movement”, give at least $1.5m a year – channeling money to the network from individual donors whose identity the funds obscure.

Several prominent rightwing billionaire donors are also involved, including Art Pope, an ally of the Koch brothers; the Walton family of Walmart, which funds SPN members in Arkansas, California, Massachusetts and Washington state; the foundation of billionaire Republican donor Richard Mellon Scaife; and the Searle Freedom Trust, created out of the fortune of the creator of NutraSweet, which funds a number of conservative causes.

Graves said that the individual thinktanks who make up SPN present themselves as “neutral, non-partisan groups, but are in fact part of a national network to project the voices and interests of some of the most powerful corporations and families in the country”.

Gordon Lafer, a professor at the University of Oregon, said that SPN groups were actively targeting the rights of often non-unionised employees. His research had uncovered attempts to expand the use of child labour, cut the minimum wage, reduce unemployment benefit, make it harder to sue employers for sex or race discrimination, or even to police wage theft where companies refused to pay workers over-time or any wages at all.

“These are a very dramatic package of proposals at a time of economic hardship, and they are being rolled out in a cookie-cutter fashion from state to state, and affecting the lives of working people across the country.”

Lafer added: “This looks like scholarship from local organisations, but in fact it is neither – neither scholarship, nor local.” 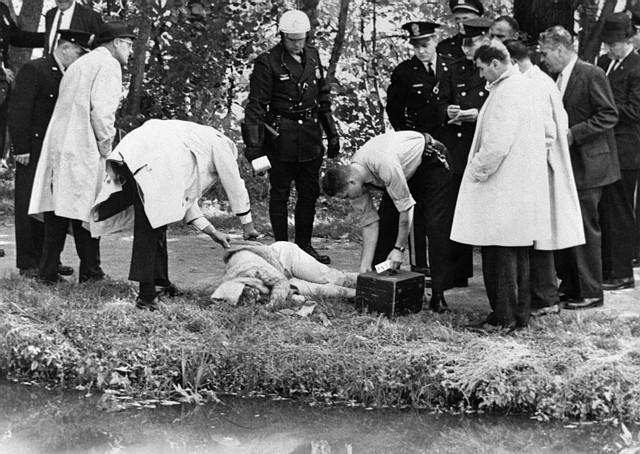