Agency is only carrying out orders given by Congress 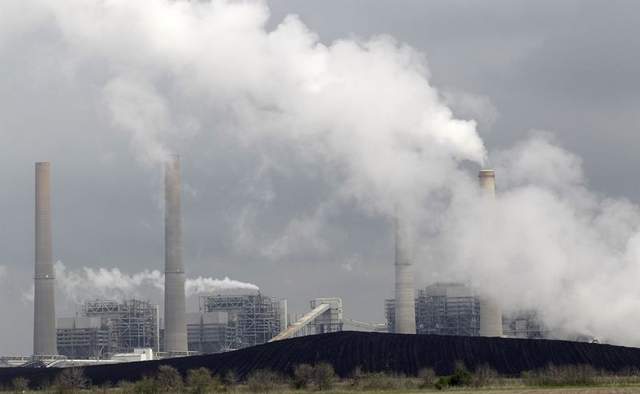 Large coal-fired power plants are among the facilities that emit high levels of mercury and other toxic substances, and the EPA has proposed rules to reduce these pollutants for the first time. Such proposals are meeting stiff opposition from industry groups and Republicans in Congress. / FILE / ASSOCIATED PRESS

Though the U.S. Environmental Protection Agency is under attack from majority Republicans in Congress and a number of powerful industries nationwide, you would never know it, as the agency continues to try to reduce pollutants that endanger our health.

Critics have sought to portray the agency as having a political agenda, even plotting to destroy American businesses, when a sober observation of the agency’s activities shows only an entity committed to fulfilling the requirements set out for it in the Clear Air Act — passed by Congress in 1970 and enacted by Republican President Richard Nixon, amended in 1990 and signed by Republican President George H.W. Bush.

What has made the agency so reviled? In January, the EPA proposed stricter health standards for smog, also known as ground-level ozone. Smog forms when emissions from factories, power plants, landfills and automobiles react in the sun. Last week, the agency proposed rules that would for the first time limit emissions of mercury, arsenic and other pollutants from coal-fired power plants.

The Clean Air Act mandates that the EPA set national air-quality standards for ozone, particulate matter, nitrogen oxides, carbon monoxide, sulfur dioxide and lead — and for this, it is under attack, because these standards will cost money to the polluters to buy equipment to help clean up their emissions.

Keep in mind, however, that these orders were given to the EPA to carry out in 1970 and updated in 1990, so that industries have had at least 20 years to prepare for this. Meanwhile, the pollutants have contributed to untold numbers of serious health problems, from respiratory illness to birth defects, developmental problems in children and increased risk of premature death in those with heart or lung disease. The chronic illnesses have helped drive up the cost of health care.

Tennessee’s largest cities in recent years have been found to have unhealthy levels of ozone and other air pollution. These levels amount to violations that could cause Tennessee to lose federal highway funds. But when critics of the EPA cite this as reason to back off its rules, they are projecting their own culpability onto a federal agency that is simply doing what Congress and U.S. presidents have ordered it to do.

Among the loudest critics are industry associations such as the American Petroleum Institute, whose backers enjoyed years of vast profits under an administration that discouraged the EPA from doing its job. During that time, these industries could have done the responsible thing and looked for ways to reduce the pollutants in their emissions, and still prospered. Now that the economy is struggling, they are vilifying the EPA, claiming that its proposals will cause the loss of millions of jobs.

The EPA’s work is not costing jobs — years of ever-increasing pollution are. As organizations including the respected American Lung Association will attest, the EPA, if anything, is saving lives.

Do not buy the accounts of “X” number of jobs that will be lost because of EPA rules. Any dollar amount can be floated, divided by a salary amount and be interpreted as jobs “lost.” It is a scare tactic, applied in a scared economy. Here are some real numbers, arrived at in more than 1,700 scientific studies:

* Proposed reductions in mercury emissions would prevent up 17,000 premature deaths and 11,000 heart attacks in the U.S. each year.

* The American Lung Association, American Academy of Pediatrics and other health groups estimate the value of health benefits associated with reduced exposure to fine particles at $59 billion-$140 billion by 2016.

Meanwhile, the wide-ranging estimates by industry opponents of billions of dollars lost to making upgrades rings hollow, when you consider the upgrades would have been much cheaper 20 years ago — and that you can’t really put a dollar value on people’s health.

— BY TED RAYBURN, FOR THE EDITORIAL BOARD