England: Satanists not Allowed into the Army, says Minister 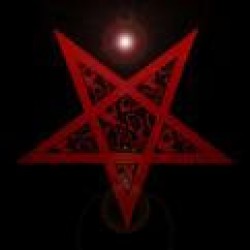 The Ministry of Defence has found itself with a devil of a dilemma over the recruitment of members of one of Britain’s smallest and most controversial religious minorities.

At a time when the army is 3000 soldiers below fighting strength, and even the famed “Red Devils” of the Parachute Regiment are more than 200 short of their recruitment target, the Defence Minister Bob Ainsworth has revealed that “Satanists are not accepted for service with the Army”.

The policy was set out by the minister in response to a Parliamentary written question by Dunfermline and West Fife Lib-Dem MP Willie Rennie.

One Satanist was allowed to stay in the Royal Navy in 2004.

Leading Hand Chris Cranmer, 24, serving aboard the Type 22 frigate HMS Cumberland in the Gulf, was even granted permission to perform his own demonic rituals.

The veteran naval technician from Edinburgh then petitioned the MoD to allow Satanism to become a recognised faith so that others of the persuasion could join up “without fear of marginalisation”.

An MoD spokesman said yesterday: “There is no barrier to anyone of any belief joining the armed forces as long as he or she accepts that the nature of the job is selfless rather than selfish.”

Previous Article
Africom: US Military Plan is Africa’s “Greatest New Threat”
Next Article
Mussolini and the Rise of Fascism, by Donald Sassoon

Mussolini and the Rise of Fascism, by Donald Sassoon
Jan 27