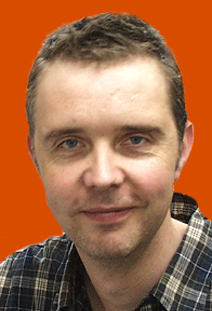 Speaking of the Devil, Dr. Patrick Leman (left) was recipient of at least one grant from a foundation in the UK
established by a ranking member of the BRITISH UNION of FASCISTS charged by authorities in the UK with sedition.

1.) British psychologist Patrick Leman explains “the lure of conspiracy theory” – an approach that assumes all conspiracy theories are fiction, that there are psychological reason for believing in a “conspiracy theory,” a pathology. But fascism is by nature conspiratorial – thus, any “theory” involving a fascist conspiracy must also be fiction. This is, I believe, what Dr. Leman – a child psychologist – wants us to believe in the end.

2.) Patrick Leman has been awarded £5,995 by the Nuffield Foundation, the largest charitable trust in the UK. The Nuffield Foundation was founded by NAZI COLLABORATOR William Morris, proprietor of Morris Motors, who conspired with the German regime against his own country.

The grant was for a study of ETHNICITY.

3.) About the Nuffield Foundation.

4.) William Morris, the Viscount of Nuffield, founder of the charitable trust, was a ranking member of the BRITISH UNION OF FACSISTS.

5.) There are fascists at the very Oxford school that employs Dr. Leman.

6.) A study funded by the Nuffield Foundation on “The Rise of Fascism.” This appears to be a whitewash.

” … Belief in conspiracy theories certainly seems to be on the rise, and what little research has been done investigating this question confirms this is so for perhaps the most famous example of all – the claim that a conspiracy lay behind the assassination of JFK in 1963. A survey in 1968 found that about two-thirds of Americans believed the conspiracy theory, while by 1990 that proportion had risen to nine-tenths.

One factor fuelling the general growth of conspiracy beliefs is likely to be that the internet allows new theories to be quickly created, and endlessly debated by a wider audience than ever. A conspiracy-based website built around the death of Princess Diana, for example, sprang up within hours of the car crash that killed her in 1997. … ”

2.) Patrick Leman (Psychology) has been awarded £5,995 by the Nuffield Foundation to Grants research a project entitled: “How does ethnicity influence children’s conversations with their peers?”
http://www.gold.ac.uk/hallmark/research/pdf/rhm12.pdf

The Nuffield Foundation is one of the UK’s best known charitable trusts which was established in 1943 by William Morris (Lord Nuffield), the founder of Morris Motors.
———————-
4.) http://www.orange-papers.org/orange-Diener-Oxford-1930.html

Alcoholics Anonymous and the Oxford Group at Oxford in the 1930s

In 1931, the leading British fascist, Sir Oswald Mosley, was organizing what he at first called the ‘New Party’. This would later evolve into the British Union of Fascists (BUF). Mosley himself remarked: “. . . the young men who are gathering around us are Oxford students and graduates.”

Strong support, for both Mosley and Buchman, came from William Morris, Chairman of the Oxford Conservative Association, and founder of Oxford’s largest employer, the Morris Motors auto factory. As in Akron, ‘spirituality’ was seen as an antidote to the union movement’s ‘materialism’, its emphasis on bread-and-butter issues.

By the 1930s, the BUF was recruiting heavily at Oxford, and had formed the University Fascist Association. An opposed group, supportive of a ‘materialistic’ approach to social problems, arose in the town of Oxford, at the independent, trade-union sponsored college, Ruskin. These ‘materialists’ called themselves the ‘Red Shirts’, as opposed to Mosley and his ‘spiritual’ Black Shirts at elitist Oxford University.

Israeli rejected by Oxford for being Israeli Jew

Israeli Amit Duvshani applied to Oxford for a doctoral position. This is the reply that he received from Andrew Wilkie, Nuffield Professor of Pathology, Weatherall Institute of Molecular Medicine,The John Radcliffe, e-mail: awilkie@worf.molbiol.ox.ac.uk.

I think that we should all, every one of us, send the good professor a message on his Facist tendencies and his disgusting Nazi-like tactics in dealing with Israelis (i.e. Jews, and don’t we all know where you are coming from Herr Professor).

My own letter to Herr Professor is below. …