Shift in mission for religious firebrand 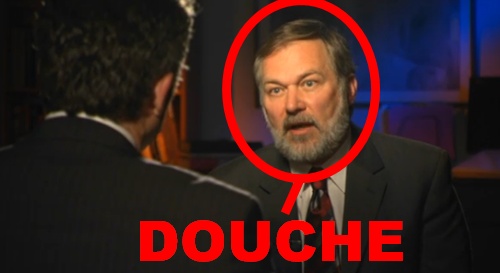 SPRINGFIELD — He gained international attention after he was accused of stoking violence against gays in Uganda. One of his books, “Pink Swastika,’’ argues that Hitler and other Nazi leaders were gay. Another provides seven steps to “recruit-proof’’ your child from gay activists.

But Scott Lively says he is toning down his antigay rhetoric and shifting his focus to helping the downtrodden. And he’s found a home and a receptive audience in this struggling city where many, but not all, have embraced his mission to “re-Christianize Springfield.’’

Every day, patrons stream to the Christian folk shows and Bible classes at Holy Grounds Coffee House, the café he opened about two months ago on a block not far from downtown. A thousand people turned out for the March for Jesus he led from the café to the steps of City Hall on the day before Easter. And dozens of children and parents flocked to a city park for his annual Family Day celebration, featuring a water slide, face painting, and grilled food. Even the mayor stopped by that event.

“You can’t walk down the street without being greeted by somebody saying, ‘Hey, Rev. Scott!’ ’’ said Lively, an evangelical pastor who moved to Springfield from California in January 2008. “It’s very satisfying.’’

But some in the city are wary. Gay rights and civil rights groups, including the Southern Poverty Law Center, have labeled Lively’s longtime organization, Abiding Truth Ministries, a hate group.

“He has won the hearts of his people with his sincerity and the things he’s doing in the community,’’ said Archbishop Timothy Paul, pastor of the Basilica of the Holy Apostles and president of the Council of Churches of Greater Springfield. “But I don’t believe people in Springfield really know who he is.’’

Lively, 53, has been a prominent activist denouncing gays for decades, mostly on the West Coast.

But he leapt into the world spotlight in March 2009, when he traveled to Uganda, and addressed members of parliament at a seminar on “exposing the homosexuals’ agenda.’’

Homosexuality is a crime in Uganda, and gays there have reported being attacked and tortured. Lively said he and two other American evangelicals were invited to the conference as experts on homosexuality. Lively warned the gathering that gays are a serious threat and their lifestyle “will lead to social chaos and destruction.’’

“The gay movement is an evil institution that’s goal is to defeat the marriage-based society and replace it with a culture of sexual promiscuity,’’ he told the conference, according to a video of his remarks. Lively also wrote on his blog that a respected observer of Ugandan society had said his presentation was “like a nuclear bomb against the ‘gay’ agenda in Uganda.’’

“I pray that this, and the predictions, are true,’’ Lively wrote.

A week after the conference, a bill was introduced in the Ugandan Parliament that would allow gays to be executed under certain circumstances. Gay rights and human rights activists said Lively’s presentation helped set the stage for the bill, which was condemned by the United States and other governments.

“Scott Lively played a crucial role,’’ said the Rev. Kapya Kaoma, an Episcopal priest from Zambia who went undercover to document the conference and is now pastor of Christ Church in Boston’s Hyde Park. “He spoke to the parliamentarians for four hours. [The bill’s preamble] had Scott Lively’s talking points.’’

Lively says he was surprised by the bill and asserts he did not push for the death penalty or support it. He said he told the Ugandan leaders that they should not punish gays but send them to government-sponsored “reparative therapy’’ to make them straight.

“That was really disturbing to me, when the law eventually did come out,’’ he said.

Lively’s role in the antihomosexuality bill was featured prominently in The New York Times, on ABC News and National Public Radio, and he was mocked on “The Daily Show with Jon Stewart.’’ Rick Warren, the prominent evangelical pastor, released a statement saying he had never met Lively during his own work in Uganda, and added, “I would certainly not associate with anyone who denies the Holocaust.’’

Lively’s official biography describes him as a lawyer and doctor of theology who lectures across the globe on “the rising epidemic of homosexuality among youth’’ and “the role of homosexuality in the rise and rule of Nazism and the alarming implications for our nation.’’

He was raised Catholic in Shelburne Falls, in the northwest corner of the state. He left Massachusetts in 1977, and says he became an alcoholic and a drug addict who hitchhiked across the country and slept under bridges. In 1986, he says, he embraced evangelical Protestantism.

After working for years as a conservative activist in California, he moved to Springfield, he said, at the invitation of Alexey Ledyaev, a Latvian pastor who offered him a position at his church, New Generation Christian Center. Gay rights groups have accused Ledyaev of fomenting antigay sentiment in the former Soviet Union. But Lively says he was inspired by Ledyaev’s call to “transform cities for Jesus.’’

“I began asking the Lord if we could have a city, too,’’ Lively said. “And he gave me Springfield.’’

Lively and his wife, Anne, bought an abandoned house, gutted it, repaired it, and dubbed it “Redemption House.’’ He turned a former television repair shop into Holy Grounds, where the coffee is free and the walls are adorned with framed Biblical sayings. About 40 people attend Sunday services at the café, he said, and about 300 help him evangelize through his new ministry, Redemption Gate Mission Society. Lively also hosts a morning radio show. ...