After Raising Issue of Heart Risk, “I Was Characterized as a Liar,” He Tells a House Committee Washington Post By Rob Stein June 7, 2007 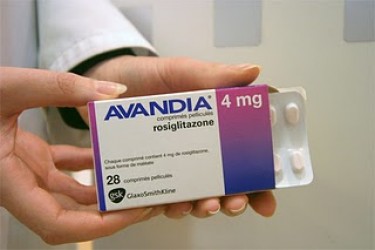 A prominent doctor who sounded an early alarm about a widely used diabetes drug testified yesterday that he was intimidated by the manufacturer when he raised concerns about the drug’s safety. John B. Buse of the University of North Carolina School of Medicine, the incoming president of the American Diabetes Association, told a congressional hearing that officials at SmithKline Beecham began pressuring him in 1999 after he questioned whether Avandia might cause heart problems. 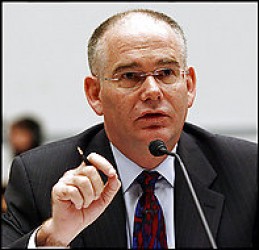 John B. Buse of the University of North Carolina School of Medicine wrote to the drugmaker, “Please call off the dogs.” Buse said company officials considered his actions “scurrilous” and implied that he might be held accountable for a $4 billion drop in the drug firm’s stock. “I was characterized as a liar and I was characterized as being for sale,” Buse told the House Oversight and Government Reform Committee, which released a letter that he wrote in response. “Please call off the dogs. I cannot remain civilized much longer under this kind of heat,” Buse wrote. Moncef Slaoui of GlaxoSmithKline, the company’s new name after a merger, expressed regret about the episode, attributing it to the “passion” of officials at the time. “I probably would not have done it the same way,” Slaoui said. “We regret Dr. Buse felt pressured.” But Slaoui defended the drug’s safety, saying numerous studies have shown no increased risk of heart attack. “The overall safety of Avandia is comparable to other available oral anti-diabetes medicines,” he said. The revelations came during a tense four-hour hearing focused on how the Food and Drug Administration handled safety concerns about Avandia. The drug, which has been used by 7 million people worldwide, including about 1 million Americans, was approved in 1999 to help patients with the most common form of diabetes control blood sugar levels. Doctors and patients taking the drug have been scrambling to decide what to do since the New England Journal of Medicine published an analysis on May 22 of 42 studies that concluded that Avandia increases the risk of heart attack by 43 percent. Committee Chairman Henry A. Waxman (D-Calif.) criticized the FDA, saying it “dropped the ball” by not requiring the company to examine the drug’s potential heart attack risks. … Continues … http://www.washingtonpost.com/wp-dyn/content/article/2007/06/06/AR2007060602694_2.html