” … Whether regular soldiers or Special Forces, many veterans of US military operations in Iraq and Afghanistan have succumbed to near-epidemic rates of suicide. Being ordered to slaughter civilians, even inadvertently, must weigh heavily on one’s mental make-up. Furthermore, as occupiers in foreign lands and as enforcers for imperial depredations, it must be nearly impossible to escape the ghosts of past military operations. … “ 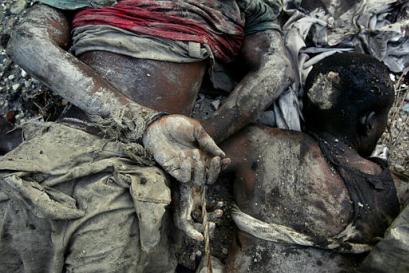 It should no longer be a matter of dispute that US Special Forces in Afghanistan are responsible for an increasing number of murders, whether part of targeted extra-judicial killings or the result of bad intelligence. From the attack on a bridal shower in Gardez on February 12, 2010 that killed numerous civilians, including two pregnant women, to the growing list of executions of insurgents in the Kandahar area, Special Forces have become the US military version of death squads.

As noted in an April 25 article in The New York Times, the offensive against supposed Taliban forces in Kandahar has already commenced, with the “opening salvos of the offensive…being carried out in the shadows by Special Operations forces.” It’s as if Dick Cheney, who asserted that the US would have to operate in the shadows in prosecuting its global war on terror, is still the guiding political force behind such military operations, notwithstanding the fact that the Obama Administration has dispensed with references to the war on terror. Nonetheless, it is terror, promoted by Washington policymakers and perpetrated by Pentagon planners, that is spreading throughout Afghanistan.

On a certain level, it should not be at all surprising that military campaigns under the command of Gen. Stanley McChrystal engage in such terrorist tactics. Death squads and ethnic cleansing were part and parcel of the “surge” strategy that McChrystal oversaw in Iraq. Now, in Afghanistan, the promulgation of what’s called the Joint Prioritized Engagement List (JPEL) gives license to execute extra-judicially anyone whose name shows up on the list. If bribing or coercing Afghan tribal leaders fails to convince them that they need to align with the occupiers against indigenous insurgents, they may then be consigned to the JPEL.

While the residents of Kandahar are almost unanimous in their resistance to any US/NATO direct assault on the city, the US military is trying to erode insurgent strength by stealth attacks on the outskirts. As reported in the aforementioned article in The New York Times, McChrystal will rely on Afghan military and police forces to undertake much of the actual operation in the city itself. Given the track record of the Afghan government forces, especially in the recent Marja campaign, this may only lead to desperate US military intervention which, in turn, will lead to more civilian deaths.

Creating more enemies in the indigenous population of Afghanistan and Pakistan will obviously complicate the long-term US imperial interests in the region, whether geopolitical or economic, the latter based on guaranteeing pipeline priorities for the US and its allies in the region. China, in many respects, has been outmaneuvering the US in closing economic deals, even with the Afghan government. Thus, beyond the disaster capitalism that benefits vulture corporations like Halliburton and KBR, the US seems to be administering self-inflicted wounds with its addiction to war.

Too few voices in Congress are prepared to kick that addiction, especially given their role in what William Grieder has called an “iron triangle” of interests, nurtured by the lobbyists of defense industries. With some exceptions, Congress refuses even to acknowledge the detrimental effects of the on-going military operations. We need to demand hearings on the rules of engagement and votes on immediate military disengagement.

Let’s face it: at some level we are all now part of that war addiction. Desensitized by aggressive and racist video games and facing a precarious future, young men and women join the military in the belief that their service will be rewarded, only to be confronted with what social psychologist Tracy Xavier Karner calls a “militarization of feeling.” Acting out of that feeling and with a hair-trigger mentality, many of these soldiers can rationalize killing even women and children. Although a few refuse to be instruments of imperial murder and others return to civilian life ready to denounce what they were forced to do, too many become victims themselves, either physically or psychologically.

Whether regular soldiers or Special Forces, many veterans of US military operations in Iraq and Afghanistan have succumbed to near-epidemic rates of suicide. Being ordered to slaughter civilians, even inadvertently, must weigh heavily on one’s mental make-up. Furthermore, as occupiers in foreign lands and as enforcers for imperial depredations, it must be nearly impossible to escape the ghosts of past military operations.

Meanwhile, US citizens are bombarded with both heavy-handed and subtle messages that reinforce the false belief these soldiers are “our” troops and not the imperial instruments designed by the Pentagon. Whether at sporting events or ads in movie theatres and on television, the solemn link between the military and the citizenry is hammered home. Perhaps, one reason that the Pentagon tries to do everything in its power to deny and then suppress pictures and stories, like those exposed on Wikileaks, is because they make that link more tenuous.

On the other hand, as long as the citizenry does nothing to translate its outrage into real-world action, the daily outrages perpetrated in our name in Iraq, Afghanistan, Pakistan, and other sites of US military intervention will continue. With Congress soon to vote on a supplemental bill for 33 billion dollars more for the war in Afghanistan, we must mount an organized campaign at every level to raise the political cost to prosecute the war. We must find a way to act both individually and collectively to stop being the enablers of US death squads.

Francis Shor is the author of Dying Empire: US Imperialism and Global Resistance. A website for the book can be found at www.dyingempire.org