“… Work tied to the Malaysian money appeared in The Huffington Post, The San Francisco Examiner, The Washington Times, National Review, and RedState, and much of the work focused on the campaign against Anwar Ibrahim, a pro-democracy opposition leader in Malaysia. In an interview with BuzzFeed, Treviño called the arrangement ‘a fairly standard PR operation.’ …”

Articles written by conservative American pundits, but paid for with money from the government of Malaysia, appeared in a number of U.S. media outlets between 2008 and 2011, BuzzFeed reported on Friday.

The news came out of a filing that conservative commentator and RedState co-founder Joshua Treviño recently made with the U.S. Department of Justice. The disclosure, which was made in late January under the Foreign Agent Registration Act (FARA), detailed how Treviño was paid $389,724.70 by the “[g]overnment of Malaysia, its ruling party, or interests closely aligned with either” between May 2008 and April 2011. According to the filing, Treviño did not deal directly with Malaysian representatives or officials. Instead, he had relationships with and was paid by three groups: the British firm FBC Media, the lobbying firm APCO Worldwide, and the now-shuttered online consulting firm David All Group.

Treviño was paid to blog at two websites — malaysiamatters.com and malaysiawatcher.com — which have now gone dark, and also to generate and secure the placement of opinion pieces in U.S. media outlets. The FARA filing also details how Treviño paid thousands of dollars to ten other writers — including the conservative writer Ben Domenech, American Center for Democracy director Rachel Ehrenfeld, and Commentary editor Seth Mandel — to write opinion pieces.

According to BuzzFeed, work tied to the Malaysian money appeared in The Huffington Post, The San Francisco Examiner, The Washington Times, National Review, and RedState, and much of the work focused on the campaign against Anwar Ibrahim, a pro-democracy opposition leader in Malaysia. In an interview with BuzzFeed, Treviño called the arrangement “a fairly standard PR operation.”

“To be blunt with you, and I think the filing is clear about this, it was a lot looser than a typical PR operation,” Treviño told the website. “I wanted to respect these guys’ independence and not have them be placement machines.”

Whispers of Treviño’s connection to the Malaysian government surfaced in the Malaysian press in July 2011, and the story was picked up by Ben Smith, who was then blogging at Politico and is now the editor of BuzzFeed. At the time, Treviño denied that he was on “any ‘Malaysian entity’s payroll’” and, when asked why he had not registered as a foreign agent, replied that he was “confident I am within the law.” A year later, however, Treviño left a gig at The Guardian after failing to disclose his ties to “Malaysian business interests” in a column.

Treviño, who is currently vice president of communications at the Texas Public Policy Foundation, told TPM on Friday that he had asked his lawyer about the foreign agent issue after being asked about it by Smith in 2011. He said his lawyer told him then that his status as a subcontractor meant he did not need to register. But after The Guardian incident in August, a different lawyer advised Treviño to approach the Department of Justice about making a FARA filing.

“They let me do a retroactive filing and that was that,” Treviño told TPM.

Treviño said that since the filing, his only communication with the Department of Justice came when he was informed that “the filing was closed and they were happy with it.”

Treviño maintains he was never told explicitly that he was working for the Malaysian government, but he had “a really strong suspicion the entire time.” And asked about the other writers he hired to write pieces, Treviño said he alone had chosen who to hire, and they were “just asked to provide their opinion on the subject matter” and not told what to write.

Friday afternoon, Treviño was also answering questions about the FARA filing and the BuzzFeed story on Twitter. He rejected accusations that his actions had broken any rules of journalism.

“I’m not a journalist and never was,” Treviño wrote. “That’s a pretty key distinction. What most PR does is comment/opinion.” 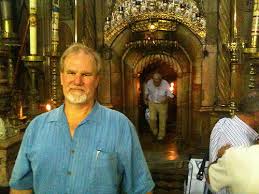